From a single-celled organism in the distant past, life evolved into an array of species so diverse they defy superlatives.

Unique adaptations gave species an advantage – the superior fitness to fill an ecological niche. There are about 4,000 species of mammals – towering giraffes nibble on acacia leaves out of reach for other animals, and the wings of the albatross carry it to the Pacific’s most remote fishing grounds.

Nearly 300,000 species of plants have their own ingenious adaptations. Towering redwoods absorb California’s morning mist, while southeast Asia’s Rafflesia flower emits the stench of rotting flesh to attract flies that transport its pollen.

But beetles? There are more species of beetles than plants and mammals combined, with estimates running toward half a million.  And some of them are an awful lot alike. A full 7,000 species of dung beetles, for instance, fill the unglamorous ecological niche of clearing away feces.” 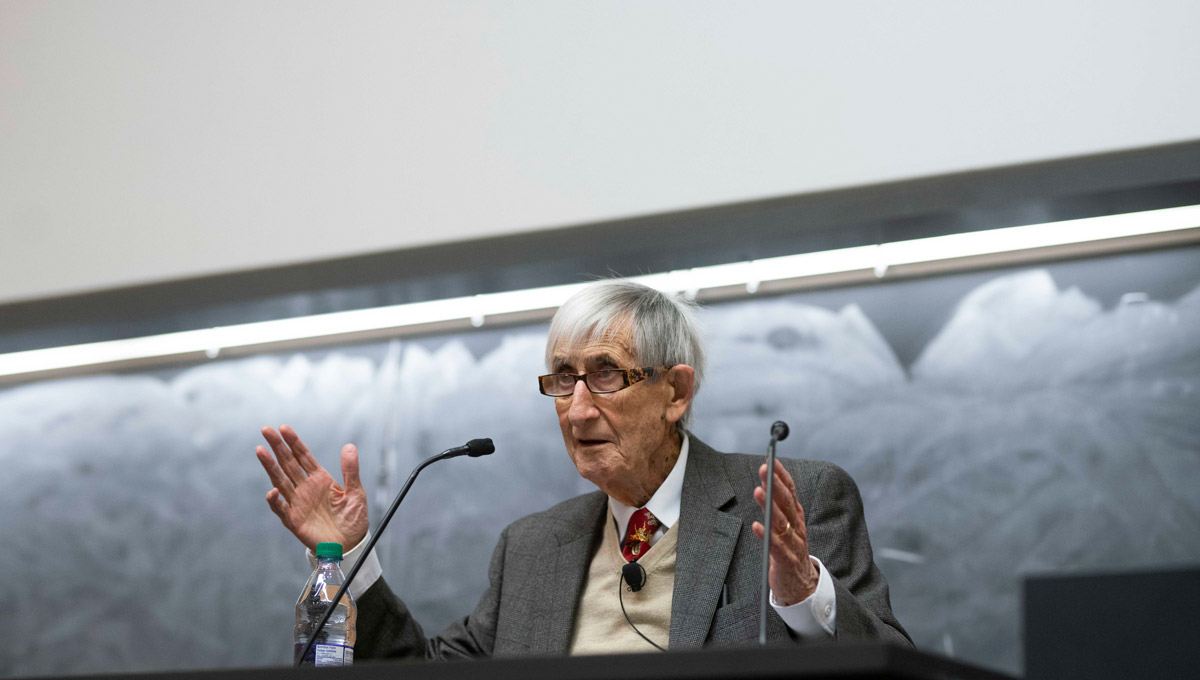 If natural selection enables the fittest species to thrive, why so many beetles?

“They call this the beetle paradox,” says Freeman Dyson. The Princeton, N.J. physicist and mathematician gave the 2018 Herzberg Lecture, an annual event in honour of Gerhard Herzberg, former chancellor of Carleton University and winner of the 1971 Nobel Prize for Chemistry.

This year, Freeman Dyson used Luigi Pirandello’s play Six Characters in Search of an Author as a metaphor for groundbreaking thinkers who have advanced our knowledge of evolution – from Charles Darwin to contemporary Swedish evolutionary geneticist Svante Pääbo.

“If only the fittest survive, we should expect to find perhaps a hundred species of beetle adapted to live in various habitats,” Dyson says.

“But Darwin looked at the world, and found half a million species, most showing only slight differences from their competitors. We should expect Darwinian evolution to result in a much smaller number of species, each selected by superior fitness to be a winner in the game of survival. Through his life, Darwin was puzzled by the abundance of weird and wonderful species that looked like losers but survived.”

Darwin lacked the tools to understand exactly why this occurred. He published The Origin of Species in 1859, and knew nothing of genes. 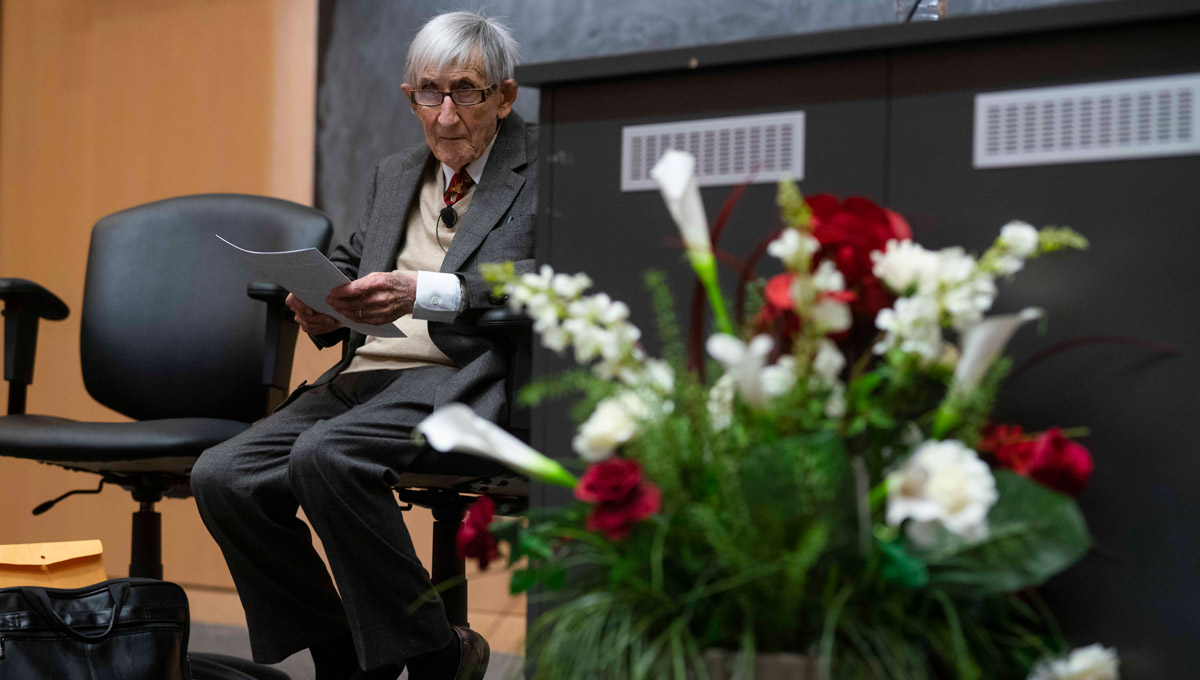 The Randomness of Heritability

Without this knowledge, he could not understand how the randomness of heritability drives the formation of new species. Living organisms have thousands of genes. Many aren’t part of natural selection at all, but “neutral” genes passed on alongside advantageous ones.

Japanese geneticist Motoo Kimura’s neutral theory of molecular evolution posited that neutral mutations drive evolution. His work helps explain the superabundance of species. When neutral mutations occur in small, isolated populations, they are more likely to be passed to subsequent generations and accelerate the formation of new species.

Ursula Goodenough observed the mutations themselves. The professor emerita of Biology at Washington University in St. Louis noted that two families of genes mutate at particularly high rates. One is immune system genes, which need to respond rapidly to microbes. The other is genes involved in sexual reproduction.

“Rapidly evolving mating systems gave us the diversity of species that astonished Darwin. Nature thrives by taking risks, scrambling mating system genes, and increasing the risk that individuals will fail to find mates. Nature imposes increased risk on the whole population so a rare event will occur, when a pair of lucky parents are born with matching mating system mutations. That rare event gives parents the chance to give birth to a new species.”

But for all the hidden intricacies biological evolution, it’s a plodding process. Evolutionary changes take generations. Cultural evolution can occur in a relative blink of an eye.

“Cultural evolution can be 1,000 times faster, with major changes occurring in two or three generations. It took about 200,000 years for humans to evolve from their origins in Africa, but only 200 years of cultural evolution to convert us from farmers to city dwellers.”

In The Outline of History, H.G. Wells considers cultural evolution as the main theme of human history.  It spread ideas and skills – unsettling the status quo, and creating the space for genius to thrive among individuals and groups.

“Biological evolution acting on small, genetically isolated populations was causing genetic drift, so that the average intellectual endowment of communities was rising and falling by random chance,” Dyson says.

“Over the past few thousand years, genetic drift would cause occasional starbursts. Small populations rose to outstandingly high levels of average ability. The combination of imported new ideas with peaks of genetic drift enabled communities like Jerusalem, Athens, Florence and Manchester to change the world.”

For Richard Dawkins, author of The Selfish Gene, the very existence of these communities is the result of genetics, and specifically to achieving survival and replication.

“Dawkins caused a revolution in our thinking with his insight that the selfish gene can explain the behavior of humans. It’s a classic because he makes a convincing case for a paradoxical conclusion that genes can orchestrate the evolution of generosity, co-operation and self-sacrifice. He succeeds brilliantly in reducing high moral principles and ethical beliefs to the action of unthinking and uncaring molecules of DNA.”

Freeman Dyson on the Transition from Biological to Cultural Evolution

Svante Pääbo’s research into the ancient human genome illustrates that we’ve been communing for a very long time.  Pääbo compared the genomes of humans’ ancestors with Neanderthals and Denisovans, a prehistoric people from northeast Asia, finding that modern humans have substantial DNA from their ancient cousins.

“Fifty thousand years ago, the transition from biological to cultural evolution was already advanced,” Dyson says.

“Biological evolution accelerated the birth of species by favouring the genetic isolation of small populations. Cultural evolution had the opposite effect, erasing the differences between related species and bringing them together. It happens when cousins learn each other’s languages and share stories around the cave fire. As a consequence of cultural evolution, biological differences become less important. Cousins learn to live together in peace.”

For the 94-year-old Freeman Dyson, who worked for Britain’s Royal Air Force during the Second World War, this fellowship is symbolic of a shift that’s crucial to a peaceful future.

“In the history of life, the transition from biological to cultural evolution was of transcendent importance,” he says.

“It caused a reversal in the direction of evolution from diversification to unification — from the proliferation of diverging species to the union of species into a brotherhood of man.” 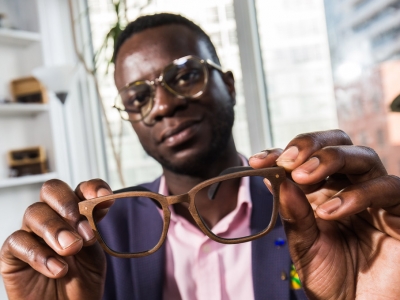 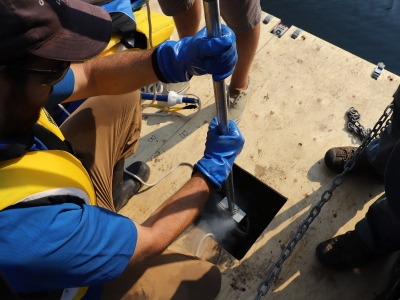 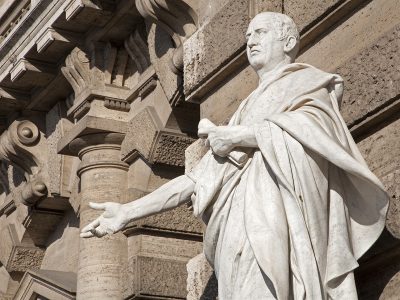 This article is republished from The Conversation under a Creative Commons licence. All photos provided by The Conversation from various sources. When writer Caitlin Flanagan announced the opening of the University of Austin — a... More 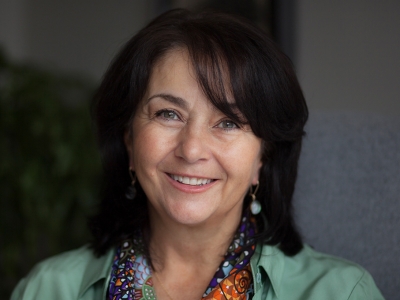 Carleton University Chancellor Yaprak Baltacioğlu has won the 2021 Vanier Medal awarded by the Institute of Public Administration of Canada (IPAC). The Vanier Medal is IPAC’s highest form of recognition to a person who has... More