Carleton University’s Faculty of Science and the School of Mathematics and Statistics will host the 2018 Herzberg Lecture, Biological and Cultural Evolution: Six Characters in Search of an Author, presented by celebrated mathematician and theoretical physicist, Freeman Dyson.

When: Tuesday, Nov. 27, 2018 at 7 p.m.
Where: Second floor, Richcraft Hall, Carleton University
Info: This event is free and open to the public. Registration is available online.

What plays a bigger role in evolution: biology or culture? When did the direction of evolution shift from diversification to unification?

In this lecture, Dyson will demonstrate how the concept of evolution has itself evolved over the past 200 years. He will examine the ideas of some of the biggest names in the field: Charles Darwin, Motoo Kimura, Ursula Goodenough, H. G. Wells, Richard Dawkins and Svante Pääbo. Using the play Six Characters in Search of an Author as a metaphor, Dyson will explain the story that these scientists’ theories have told and how a better understanding of these theories can help people uphold their responsibilities as stewards of the planet.

British-born American Freeman Dyson is most famous for his work in quantum electrodynamics, solid-state physics, astronomy and nuclear engineering. Revered by many as one of the greatest scientists of the 20th century, Dyson’s breadth of knowledge and experience is well-known in scientific circles. Over the course of his career, he has had a front-row seat for many scientific breakthroughs. Professor Emeritus of the Institute for Advanced Study in Princeton, New Jersey, Dyson has received several honours for his pioneering contributions to science, including the Wolf Prize for Physics.

About the Herzberg Lecture

The Herzberg Lecture is held annually in honour of Gerhard Herzberg, a former Chancellor of Carleton University and recipient of the 1971 Nobel Prize for Chemistry. The lectures emphasize the relationship between science and society in order to address an aspect of science which has a pronounced impact on our daily lives.

As Carleton University’s latest group of future alumni prepare to receive their degrees this November— bringing the Class of 2021 to a record-breaking 6,800 graduates—they share the season with the... More 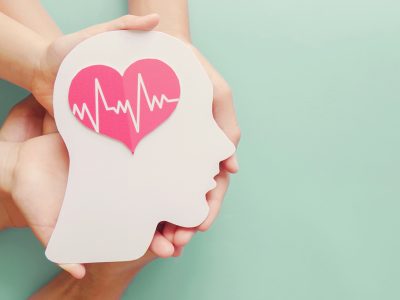 Carleton University is the first post-secondary institution to be recognized by Excellence Canada with two significant national certifications for Healthy Workplace and Mental Health at Work. Within the Healthy Workplace... More

October 18, 2021 Dear Members of the Carleton Community, Carleton is committed to reviewing its Sexual Violence Policy every three years. Our last review was completed in April 2019 and... More