The last shovel of dirt on a strand of gravel connecting a tiny town to a nearby hamlet rarely marks a national milestone, but when the ribbon was cut on the Inuvik-Tuktoyaktuk Highway in November 2017, the new road was greeted with a community feast and compared to the last spike of the Canadian Pacific Railroad.

That’s because the two-lane road didn’t just connect Tuktoyaktuk with Inuvik, it linked Canada’s continental road system to the Arctic shore. For the first time, Canadians now drive from sea-to-sea-to-icy-sea, all year round.

But the last leg didn’t come cheap. Just 138 kilometres long, the Inuvik-Tuktoyaktuk Highway cost $300 million to build and it can’t lay claim to a single metre of pavement. 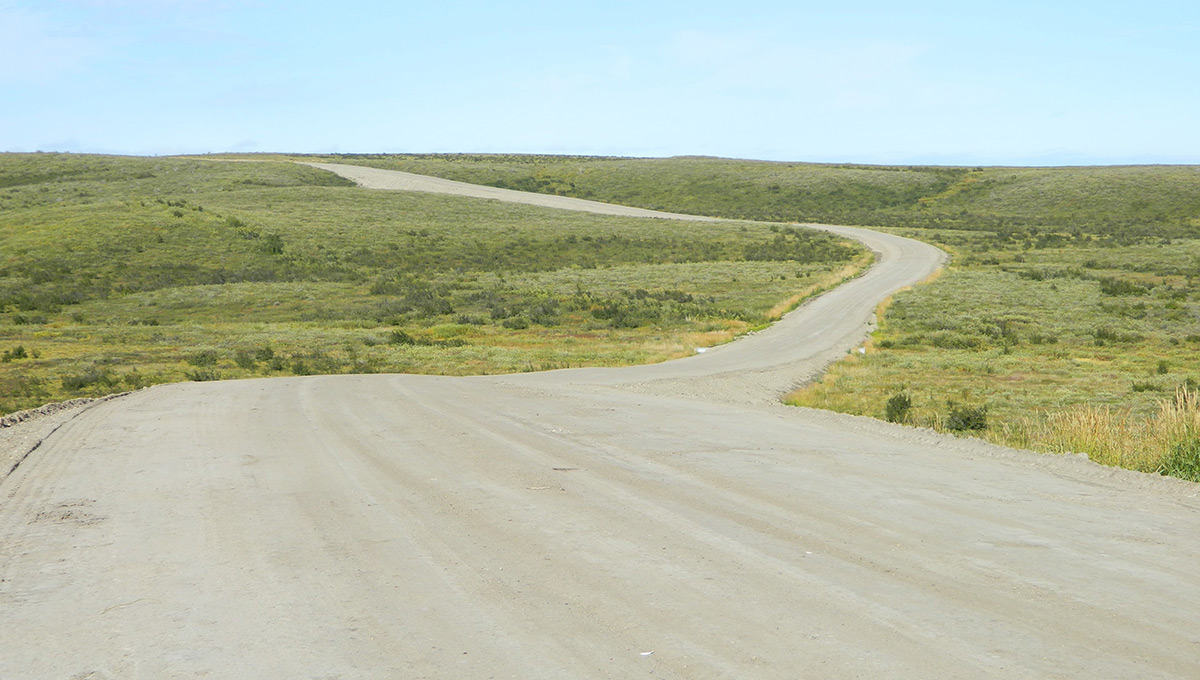 Built exclusively during the colder months to avoid damaging the permafrost that underlies it, the packed gravel road has 359 culverts to manage summer melt water – roughly one for every 384 metres travelled. The highway is elevated 1.8 metres above the tundra to mitigate the effect that thawing earth will have on its integrity in the future, but in spite of this, parts of it will periodically sink. Exactly how much is anybody’s guess.

“We can’t know precisely how significant climate change will be in northwestern Canada because we don’t know if emissions will continue to rise, maintain their current levels, reduce or even stop in the future, but we do know the effects will be serious,” says Christopher Burn, Chancellor’s Professor in Carleton’s Department of Geography and Environmental Studies. 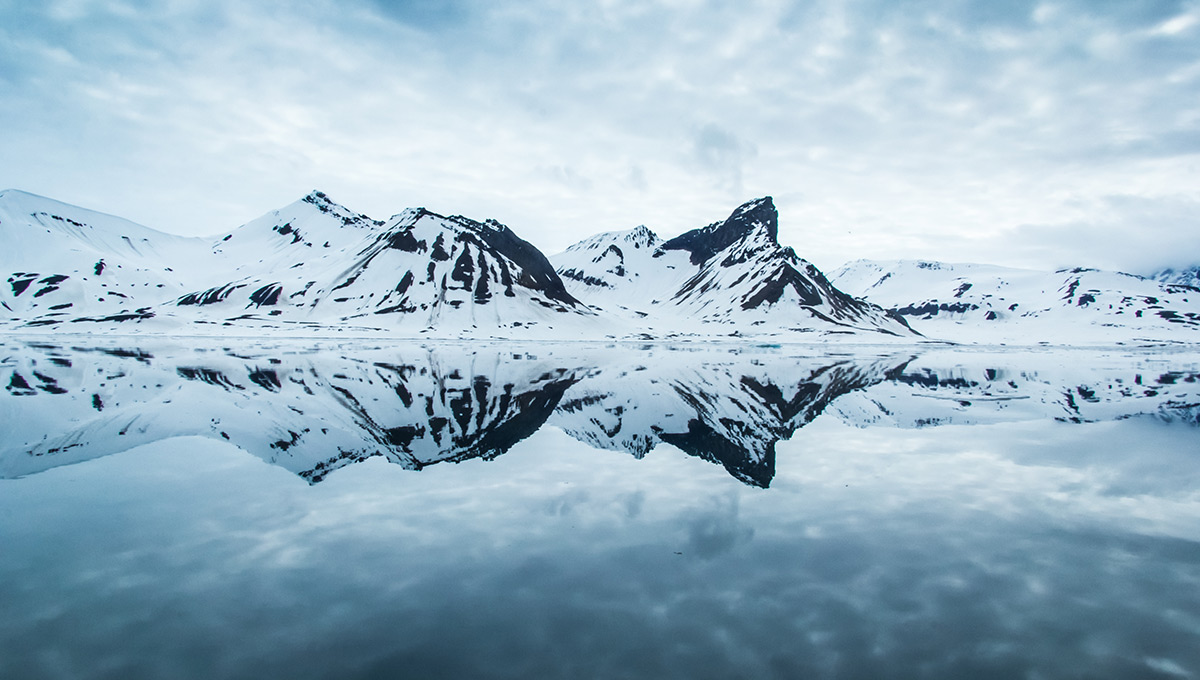 Burn specializes in long-term field investigations of frozen ground, and he’s collaborating with researchers from Université Laval, Yukon College, the University Centre in Svalbard and NTNU, the Norwegian University of Science and Technology on FROZEN CANOES: Landscape and infrastructure dynamics of frozen >environments undergoing climate change in Canada<, Norway and Svalbard.

Funded by the Research Council of Norway, the FROZEN CANOES research partnership will develop a course package that draws on geoscientific and engineering knowledge. It could eventually form the basis of an interdisciplinary permafrost master’s program. 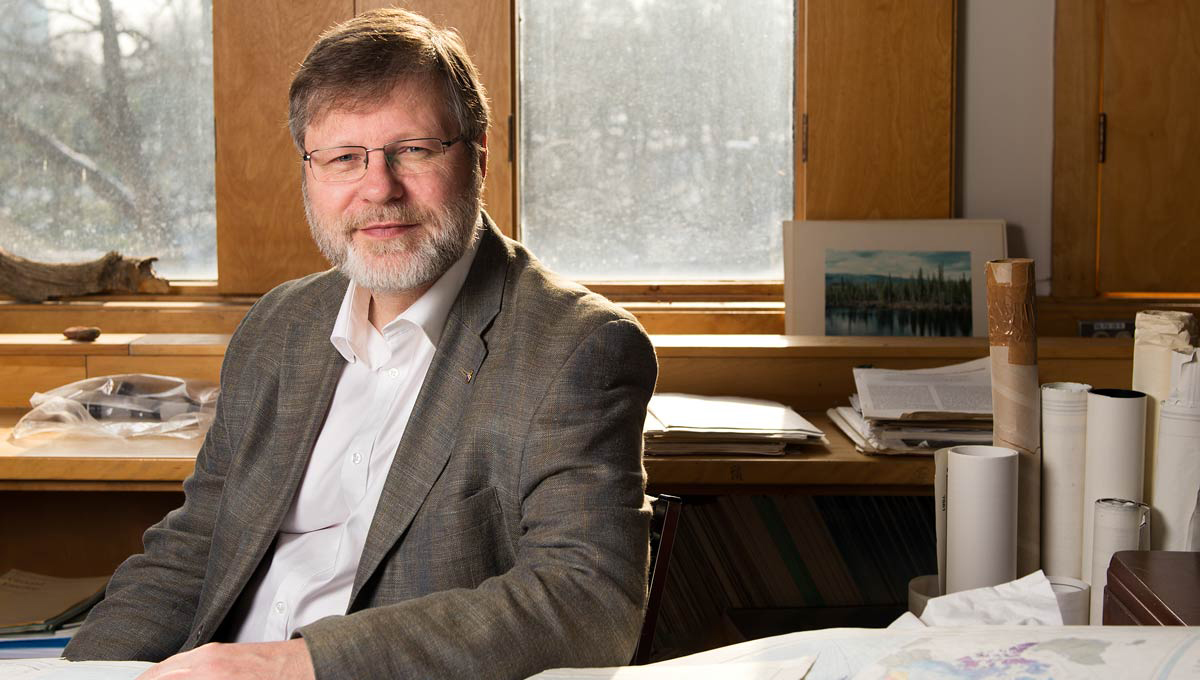 Course work will prepare students to build roads, railways and other structures on permafrost, and the research team will begin by creating online modules in heat transfer, freezing-thawing soil mechanics, climate change, and numerical modelling. They’ll also develop three master’s-level courses to be delivered in the field at Canada’s Yukon College and Norway’s NTNU, with stipends available to students to fund travel.

The multidisciplinary, on-location approach seeks to ensure that future northern development will be adequate to withstand the changing climate. Already, changes have been significant.

“Climate change in northwestern Canada has been far greater than we thought it would be 15 years ago,” says Burn.

“It has exceeded our wildest predictions.”

The next 50 could prove much worse, but even as a changing climate make durable construction in the North more challenging, a melting Arctic Ocean fuels interest in northern development.

“Norwegian engineering firms recognize that opportunities in permafrost construction won’t be limited to Norway,” Burn says, “but will include the entire circumpolar region – Canada, Russia, Alaska and also the Tibetan Plateau.”

Despite its far northerly latitudes, Norway has relatively little permafrost, and FROZEN CANOES will draw on Canadian knowledge of warm permafrost development, and Norwegian expertise in optimizing construction for the freeze-thaw cycles of seasonally frozen ground. 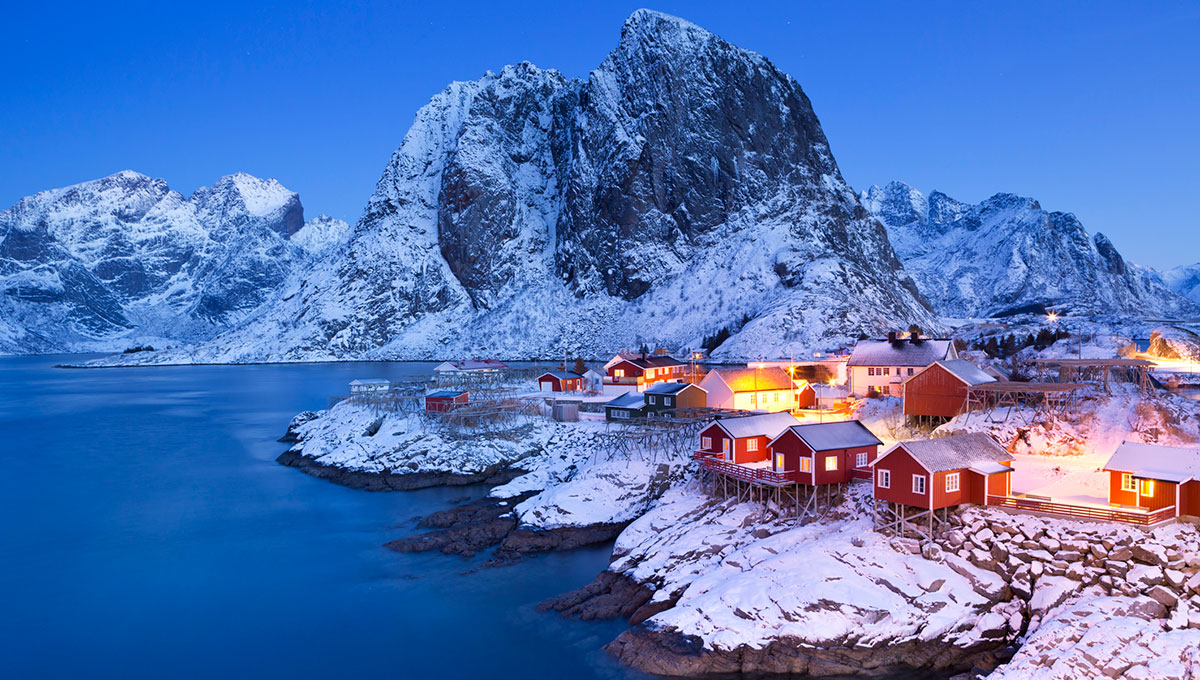 At 77 degrees North, Norway’s Svalbard archipelago is nearly 2000 kilometres north of the Norwegian mainland, and 1 degree farther north than Canada’s northernmost community – Grise Fiord, Nunavut. Yet Svalbard’s climate is, by high Arctic standards, relatively mild. Burn compares its permafrost to what’s found in northwestern Canada and northern Québec, both thousands of kilometres to the south.

Due to the warming effect of the Gulf Stream current, weather is also milder in mainland Norway than at comparable latitudes in Canada. Norwegian cities like Trondheim experience freeze-thaw cycles like those in Ottawa or Montreal, despite being farther north than Yellowknife. 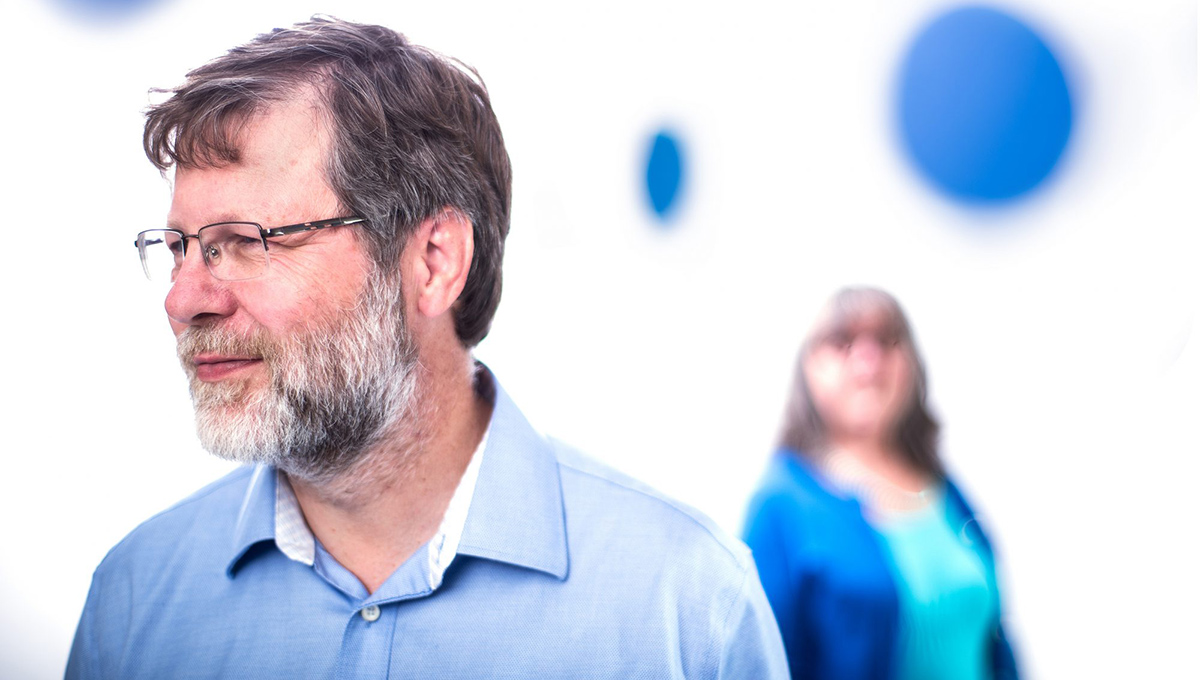 Norway has managed to build infrastructure that can withstand the rigors of a northern climate and, simply put, they’re better at it than we are.

“Norway is a very wealthy country and has managed its oil money well,” says Burn, who recognized the possibility for collaboration during annual trips to lecture about permafrost at the University of Svalbard’s Arctic Geology Department, where he worked with Hanne Hvidtfedlt Christiansen, principal researcher in the FROZEN CANOES partnership.

“It’s unlike what we’ve done in Canada. They invest in their infrastructure. Norwegians expect their roads will be pothole-free, year-round. They have an extensive rail infrastructure and they don’t slow their trains down in winter.”

While it remains to be seen if Canadians are capable of building a pothole-proof road, some solutions to permafrost engineering problems can be deceptively simple, such as building to shield foundations from snow accumulation. Snow acts as an insulator, trapping heat and accelerating the thaw. Ensuring the earth stays frozen by exposing it to frigid air makes buildings less likely to sink into softened summer ground.

Other engineering solutions – like those that went into building the Inuvik-Tuktoyaktuk Highway – are much more expensive, but avoiding them can prove penny-wise and pound-foolish.

“In the last 10 years, the cost of maintaining the Dempster Highway – which connects Inuvik with Dawson City, Yukon – has doubled. We need to ask if it’s cheaper to fix something every 10 or 15 years, or to use proper building techniques in the first place and spend money on regular maintenance. It’s true that it can be expensive, but for a community like Tuktoyaktuk, the alternative is flying in food and fuel, and that’s expensive too.” 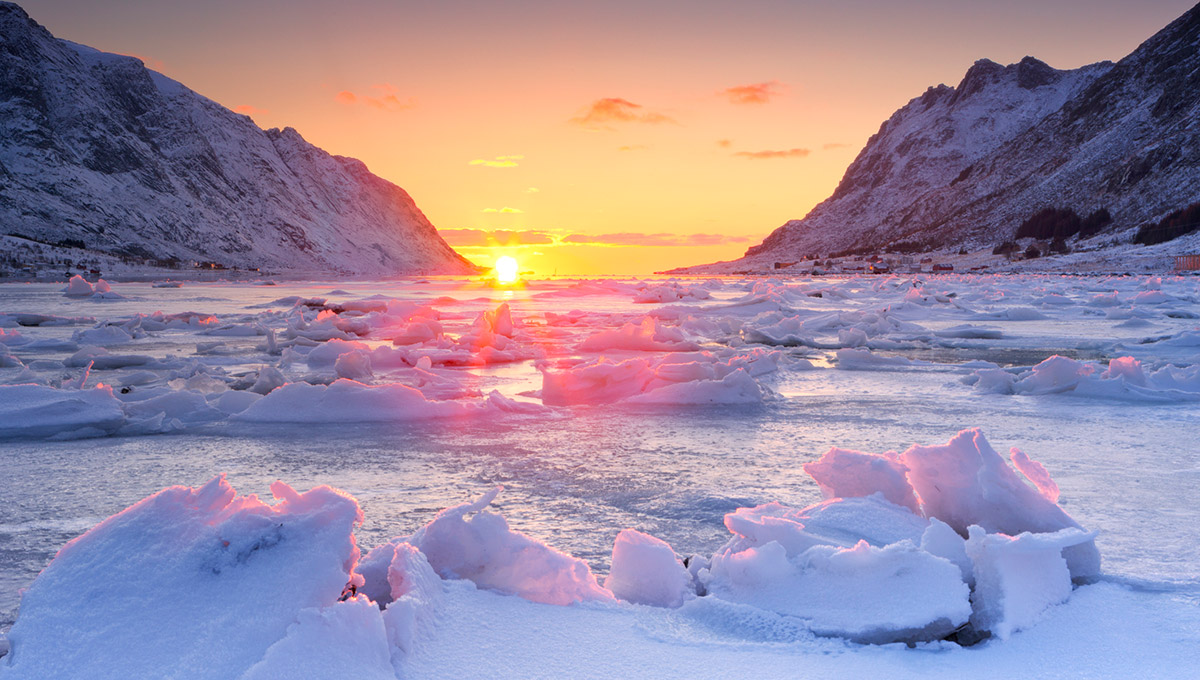 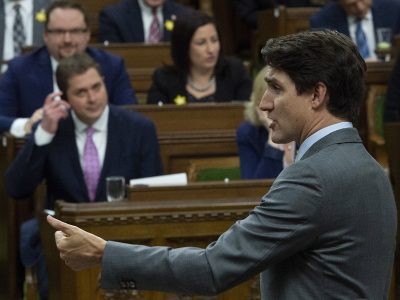 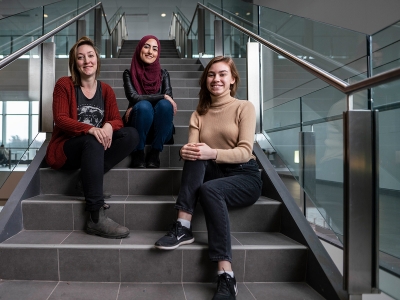 On the night of Ottawa’s municipal election in October, Carleton University student Lisa Johnson went to a pub on Bank Street where David Chernushenko and his supporters had gathered to celebrate the incumbent’s anticipated re-election... More 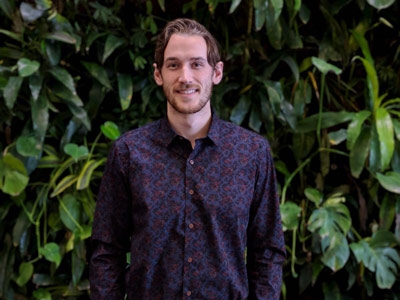 One day in September 2014, third-year undergrad Jared Browning walked into the Science Students Success Centre (SSSC), ready to start volunteering in the peer mentoring program. Four years on, he’s a mainstay of the centre,... More 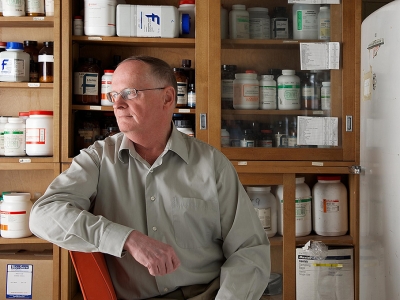