Undaunted by the Ottawa winter, Carleton’s Faculty of Public Affairs (FPA) offered audiences a warm reprieve from Feb. 24 to March 24 as it showcased the outstanding research of students and faculty at the sixth-annual FPA Research Month. Over the course of four weeks, 20 events engaged and informed thousands of attendees. 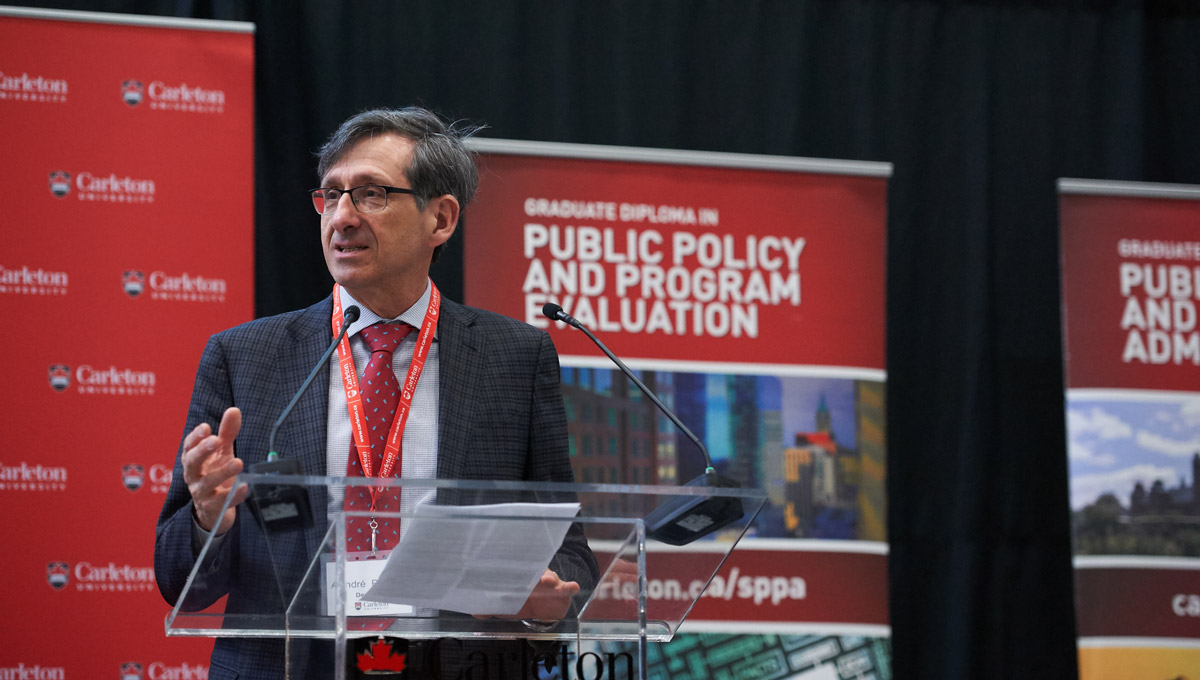 André Plourde, dean of the Faculty of Public Affairs.

“FPA Research Month is an opportunity for researchers in our faculty to share their work and expertise with our colleagues, students and the broader community,” said FPA Dean André Plourde.

“This event series reflects the mission of our faculty to foster informed citizenship and highlight research that will help address regional and global challenges.” 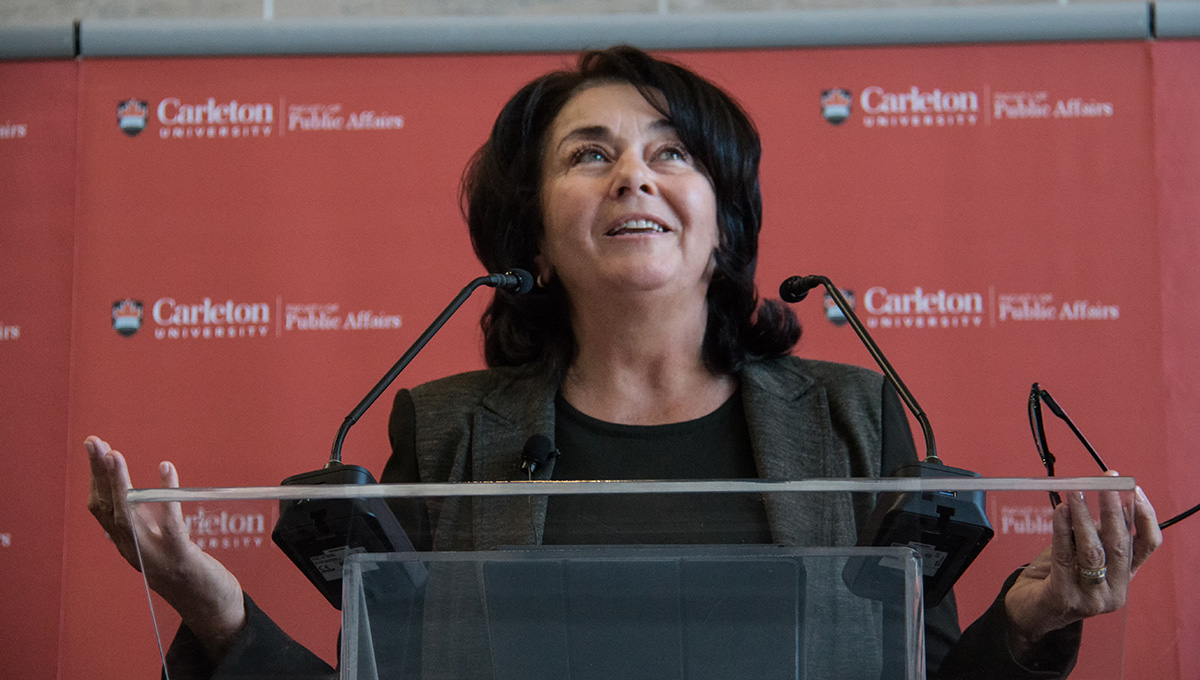 One of the many highlights of FPA Research Month was the Emerging Perspectives Graduate Conference, which offered students a variety of engaging presentations and professional development opportunities. During her keynote speech on March 4, Yaprak Baltacioğlu, the 12th chancellor of Carleton, called on the assembled students to give back as they prepare to set out on their career paths.

“Working is not about just going to work and coming back and feeding your family,” said Baltacioğlu, an alumna of Carleton’s Master of Arts in Public Administration program.

“The choices you make along your career path should be guided by making a positive difference.”

The former Secretary of Canada’s Treasury Board Secretariat shared experiences from her 29-year-long public service career. Many of the graduate students in attendance plan to pursue careers in the public service, and for them she offered sage advice.

“As a senior public servant, I had to give tough advice to ministers and sometimes prime ministers,” said Baltacioğlu.

“It wasn’t what they wanted to hear, and it was inconvenient for them to hear it. But it is the job of a non-partisan, permanent public service to give them the advice.” 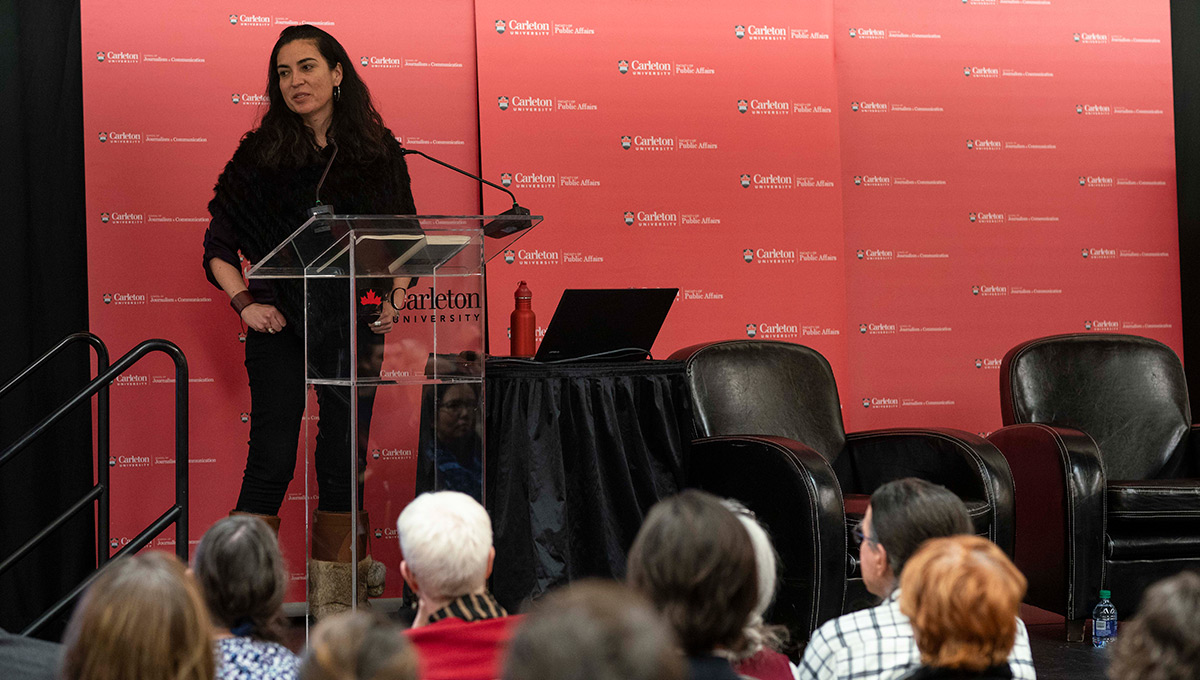 Kesterton Lecture Shares the Story of the Seven Fallen Feathers

As part of her talk, Talaga shared what it means to tell stories from an Indigenous perspective.

“Is what we do so different? Yes and no,” she said.

Talaga recounted how an article for the Toronto Star on the topic of voting by Indigenous people led her to Thunder Bay, Ont. Once there, Stan Beardy, then grand chief of Nishnawbe Aski Nation, asked Talaga if she knew about the disappearance of a boy named Jordan Wabasse, who had been missing for 70 days.

“He said to me that Jordan was the seventh student to go missing or to die in Thunder Bay since 2000,” Talaga said.

“I was ashamed, as an Anishinaabe woman, that I didn’t know this story and that I wasn’t writing about this story. I was ashamed as a journalist. Where were the satellite TV trucks? How come they weren’t doing stories on these kids?”

During the event, Talaga took part in a conversation with APTN‘s Francine Compton during which they discussed the responsibilities of journalists and took questions from the audience. Addressing a question on what the average Canadian can do to help, the two journalists encouraged the audience to learn about and share Indigenous history, press government for change, and examine how the Truth and Reconciliation Commission’s 94 Calls to Action can be applied to their own lives. 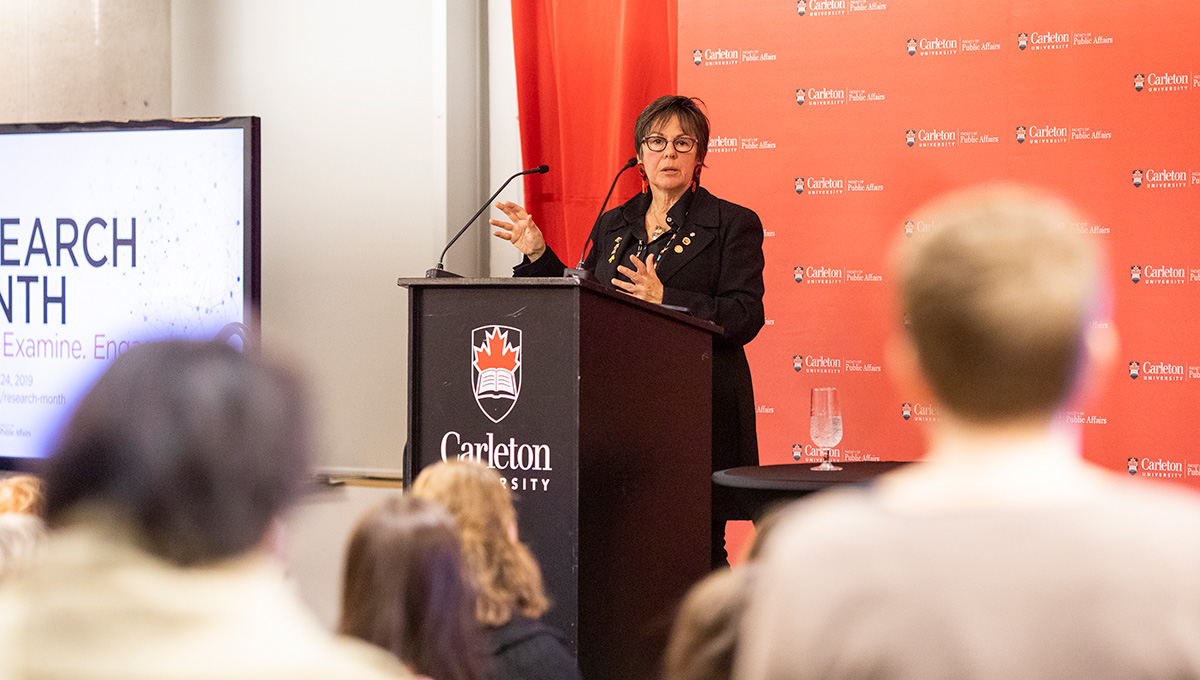 As FPA Research Month wound down, the annual Dick, Ruth, and Judy Bell Lecture with Senator Kim Pate on March 18 was entitled What Should Canadians Know — and What Can They Do — About Criminal and Justice Reforms During This Election Year?

Pate, who has dedicated her 35-year career to working on behalf of marginalized people impacted by Canada’s legal and penal systems, called for reforms to Canada’s criminal justice system.

In her talk, she acknowledged that meaningful social justice reforms face ongoing challenges.

“We still have the stigma there are certain people who are okay to treat badly,” Pate said, noting that this way of thinking needed to end.

With another successful FPA Research Month concluded, audiences will surely look forward to the next iteration as the celebration continues to promote excellence through its unique blend of conferences, presentations, lectures and panels. 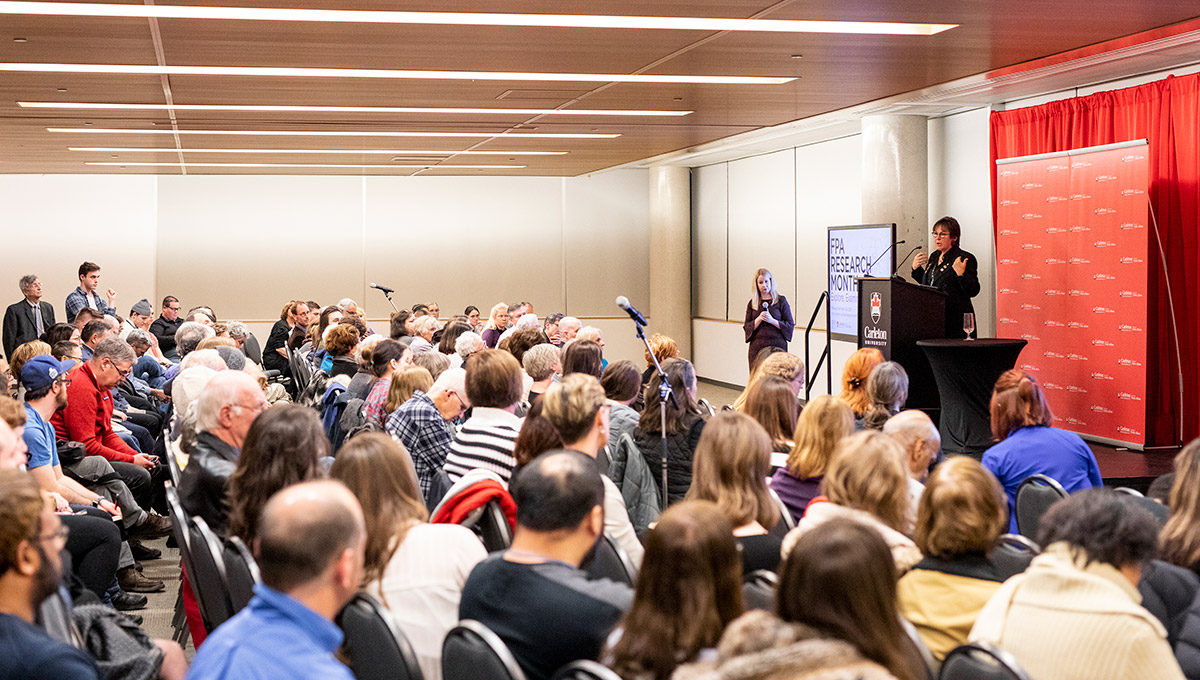 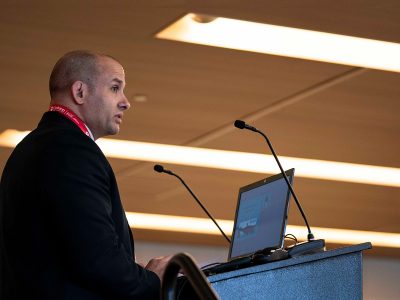 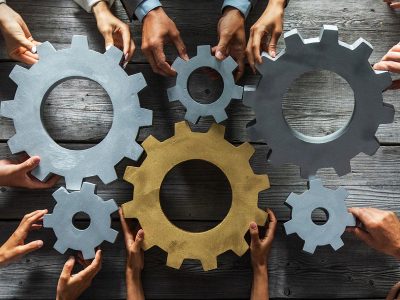 “This is who I am, this is a problem that I see—and this is what I can do to address it.” That’s the type of thinking Carleton’s new Innovation Hub wants to encourage from every... More