The two Sustainable Energy master’s students are developing recommendations on the most viable option for local energy production thanks to funding from the Independent Electricity System Operators’ (IESO) educational capacity building program. 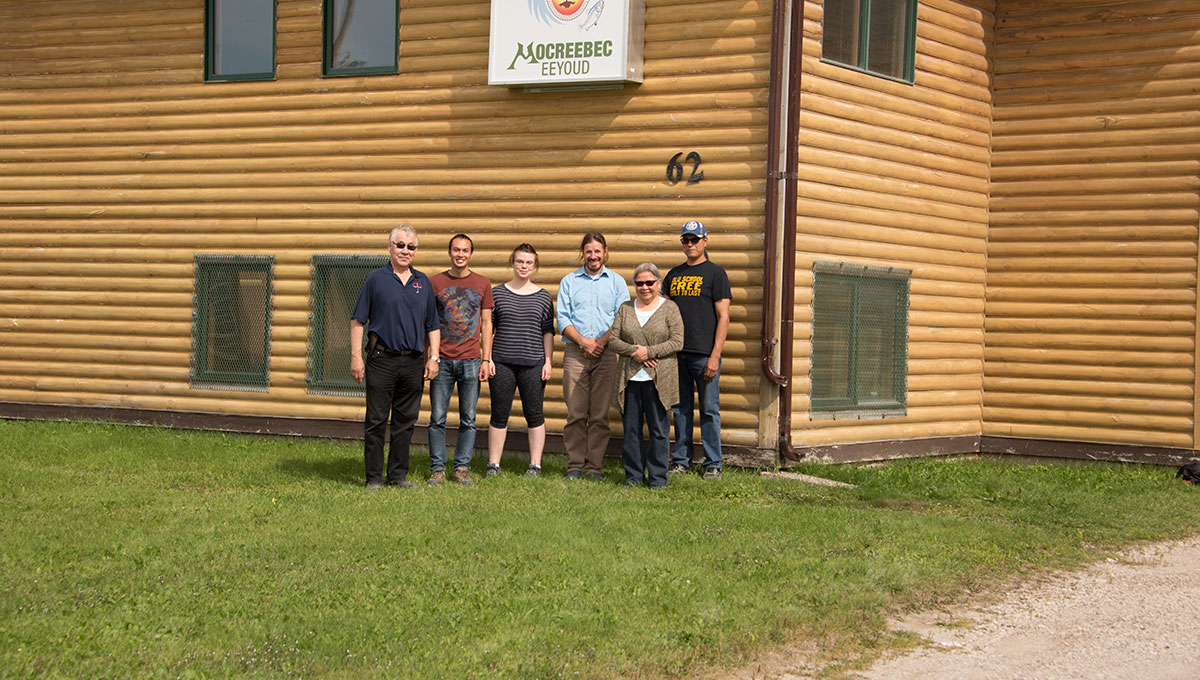 Students and faculty members in the Sustainable Energy Engineering and Policy program with members of the MoCreebec Eeyoud First Nation in Moose Factory, Ont.

“The project’s overarching objective is to help build technical capacity and foster a deeper understanding of energy-related issues in the community of MoCreebec Eeyoud in order to inform future community energy-related decisions,” says Russell, who is investigating the policy research side.

“A key component of this multidisciplinary approach is the development of two separate theses with the goal that each will have an interdisciplinary component, as well as individual components that focus more on policy and technical aspects, respectively.” 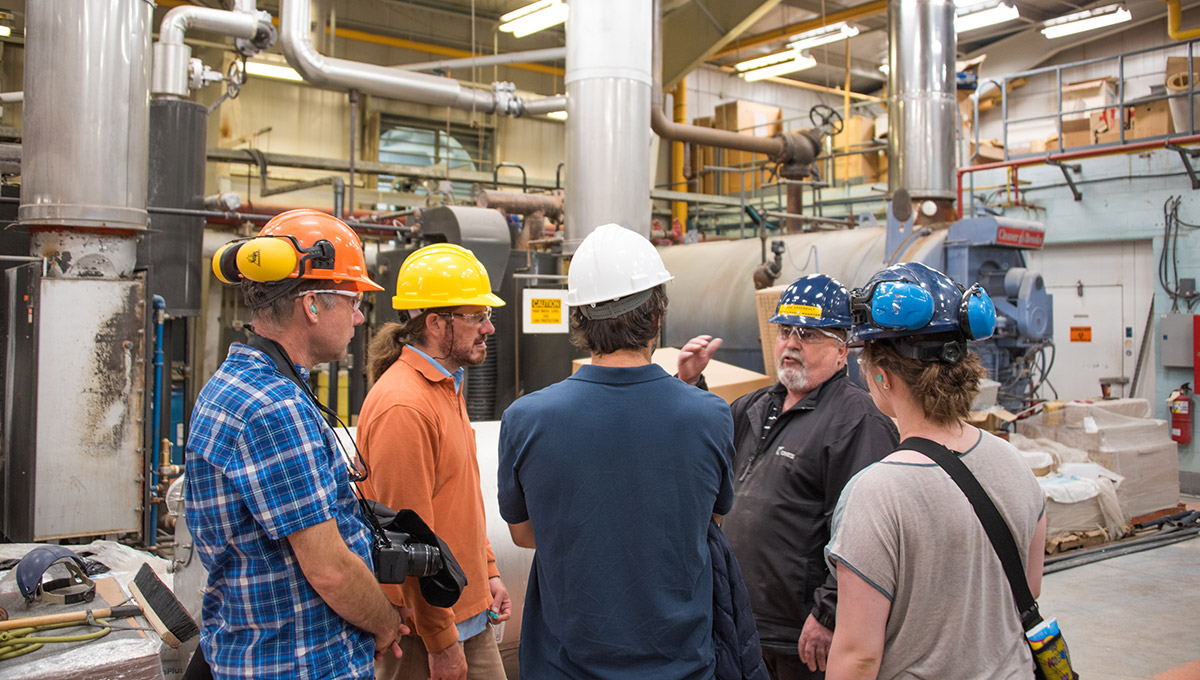 Understanding of the Dimensions of Making Energy More Sustainable

Carleton’s master’s program in Sustainable Energy Engineering and Policy is a joint undertaking of the School of Public Policy and Administration (SPPA) and the Faculty of Engineering and Design (FED). The program provides a foundational understanding of the technical, political and economic dimensions of making energy more sustainable.

Moose Factory is a small community in Northern Ontario located on Moose Factory Island in the middle of the Moose River, about 19 kilometres from where it empties into James Bay. The families of MoCreebec Eeyoud members have been living in the Moose Factory area for hundreds of years.

Russell’s research shows that the MoCreebec Eeyoud community spends $800,000 a year on electricity and 78 per cent of these costs come from residences. 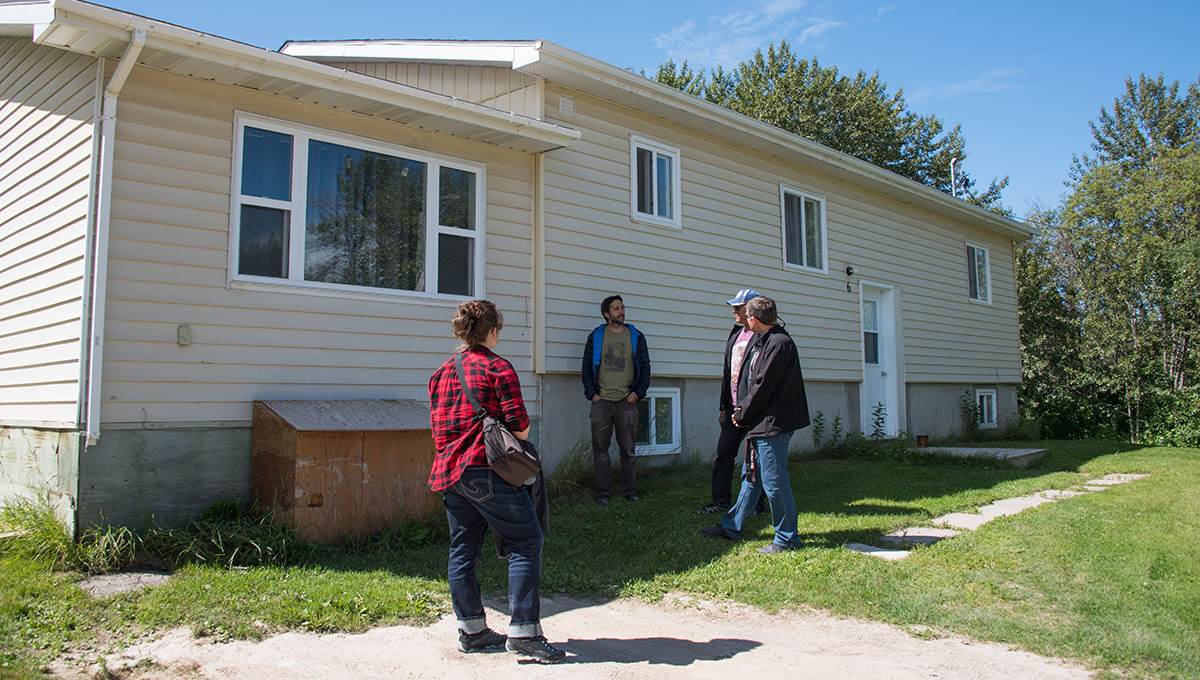 Students and faculty members in the Sustainable Energy Engineering and Policy program conduct an energy audit of a home.

“Our research will develop a vision for energy provision and energy use in the community of MoCreebec Eeyoud based on goals in the community’s existing energy plan,” says Russell.

“It will consider the balancing of supply side and demand side solutions by exploring how various energy sources can be used by time of day and by season, as well as how demand and economic opportunities could be best aligned with available supply.”

LaFreniere is an engineering student whose goal is to reduce costs, increase community independence and use renewable energy and district heating in a politically acceptable way.

She is focusing her research on renewable energy source options such as wind, solar and hydrokinetic power, electricity generated by harnessing kinetic energy of tides and ocean or river currents.

“The trip was a huge boon to the research,” says LaFreniere.

“I’m trying to integrate what the community wants and what’s available.” 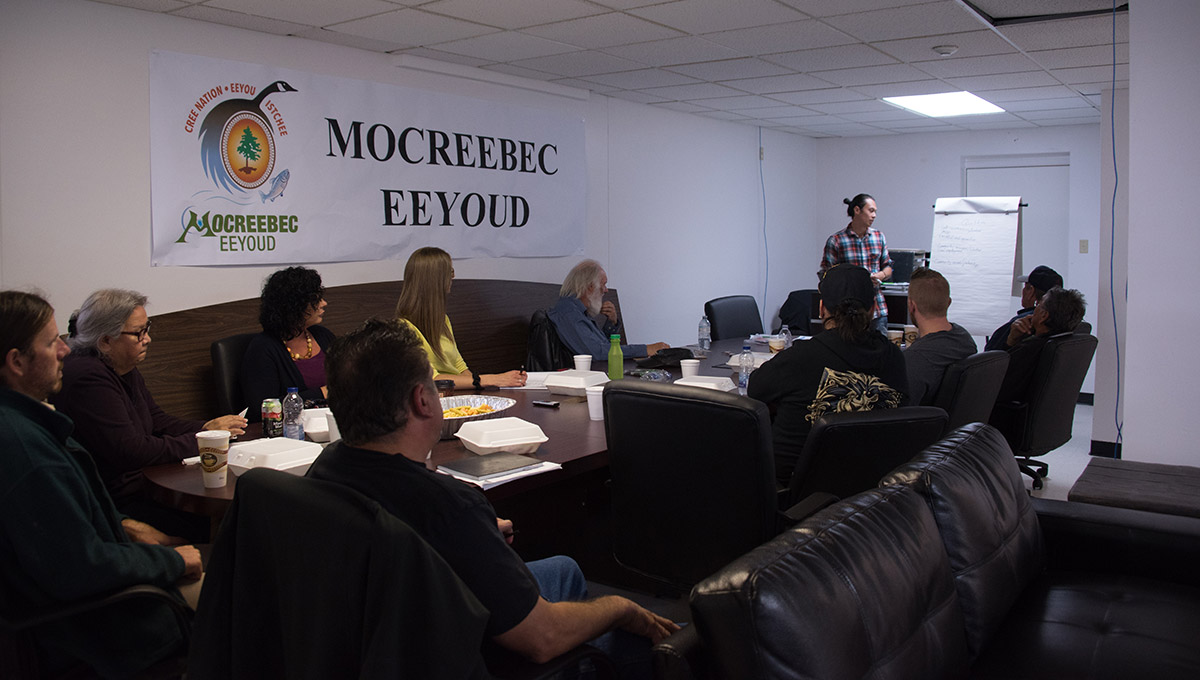 Connecting with Communities and Changing Perspectives

According to LaFreniere, the community is against large-scale damming for historical reasons. Visiting the site and personally speaking with community members has changed their initial perspectives.

Russell says they surveyed 33 households and asked them how they use energy in their homes. He also looked at Hydro One’s policies and occupant behaviour.

The houses are poorly built, adds LaFreniere, and most use electrical heating which requires a lot of energy. 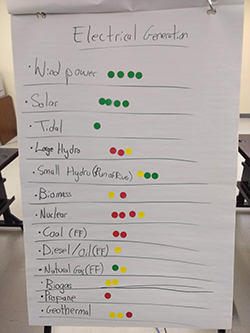 Owning and operating their own energy system in an environmentally sustainable way is important to the MoCreebec Eeyoud, and with the possibility that the community may move to a new location, there is an opportunity to start fresh.

“This community might be leaving the island and this is an opportunity to look at a district heating system fueled by renewable energy,” says LaFreniere.

“I followed up with them in regular intervals about their request for research about ideal alternative energy generation and potentially finding a new location for the community,” says Schott.

“I mentioned to the MoCreebec Eeyoud Council that first Keelia and then Josh were interested in working with them. Jean-Pierre Chabot from (the council) encouraged the collaboration and helped us apply for funding to realize fieldwork in the community. Before going up there, we had almost weekly interactions with Jean-Pierre and other council members between November 2017 and August 2018.” 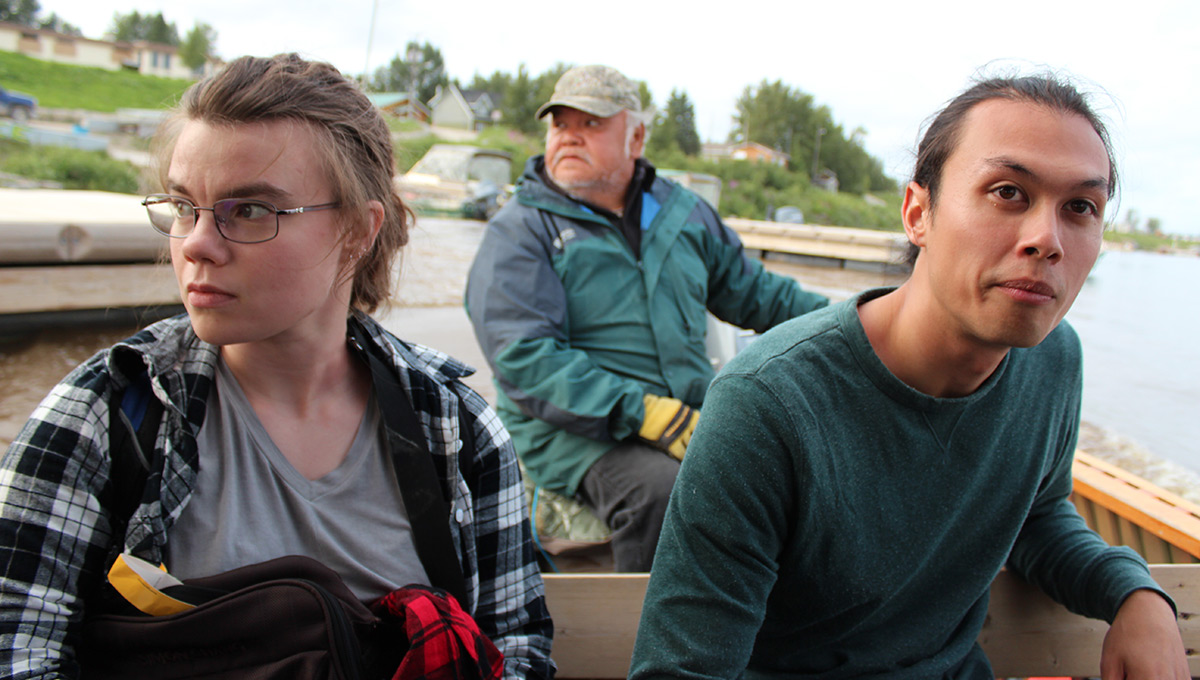 “Together with Jean Duquette, we will make sure that the MA theses for Joshua and Keelia fulfill university requirements, but also deliver useful insights for the community and meet our commitments to the community,” says Schott.

Jean Pierre Chabot is a senior development officer with the MoCreebec Eeyoud Council and is the main co-ordinator for the project.

“I helped to define the parameters of the research goals and objectives and align them with the needs of the community,” says Chabot.

“My focus will be to ensure that the excellent research done by the students reflects and is relevant for local needs and to assist with ensuring that capacity building of local community members is kept front and centre in the work done under the IESO-ECB funded initiative.” 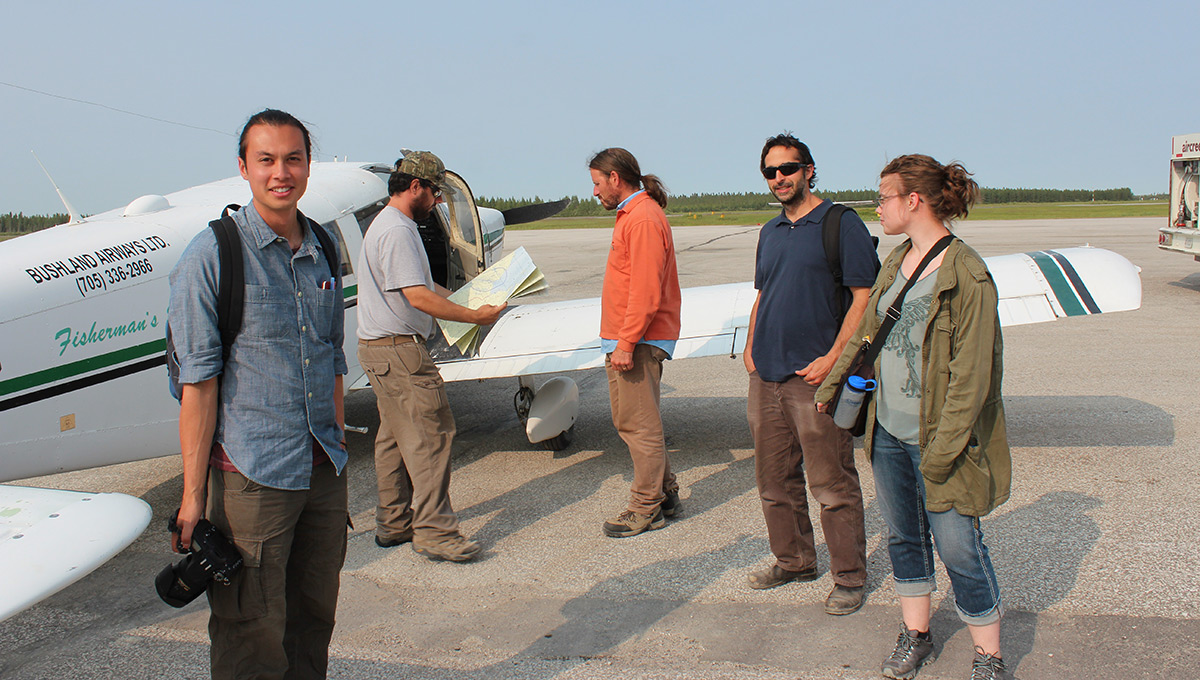 Students and faculty members prepare for an aerial survey of the area.

“These are all related to the potential new community where housing stock would be new,” says Chabot. “As far as we are concerned, for our existing circumstances, the priorities are lowering costs and improving insulation in houses to be able to decrease hydro use for space heating.”

The students work well with each other and the community, he says.

“It proves that interdisciplinary work pays off when the goal is finding solutions for communities facing technical and regulatory challenges,” says Chabot. “Engineers are often accused of not having people skills and policy junkies are similarly accused of not knowing how to turn the lights on.

“These generalizations do not work with Keelia and Joshua. Something is working when you witness them come together and start speaking a common language and develop a dialect to explain things in a way that local people here can relate to the goals of the research being done.” 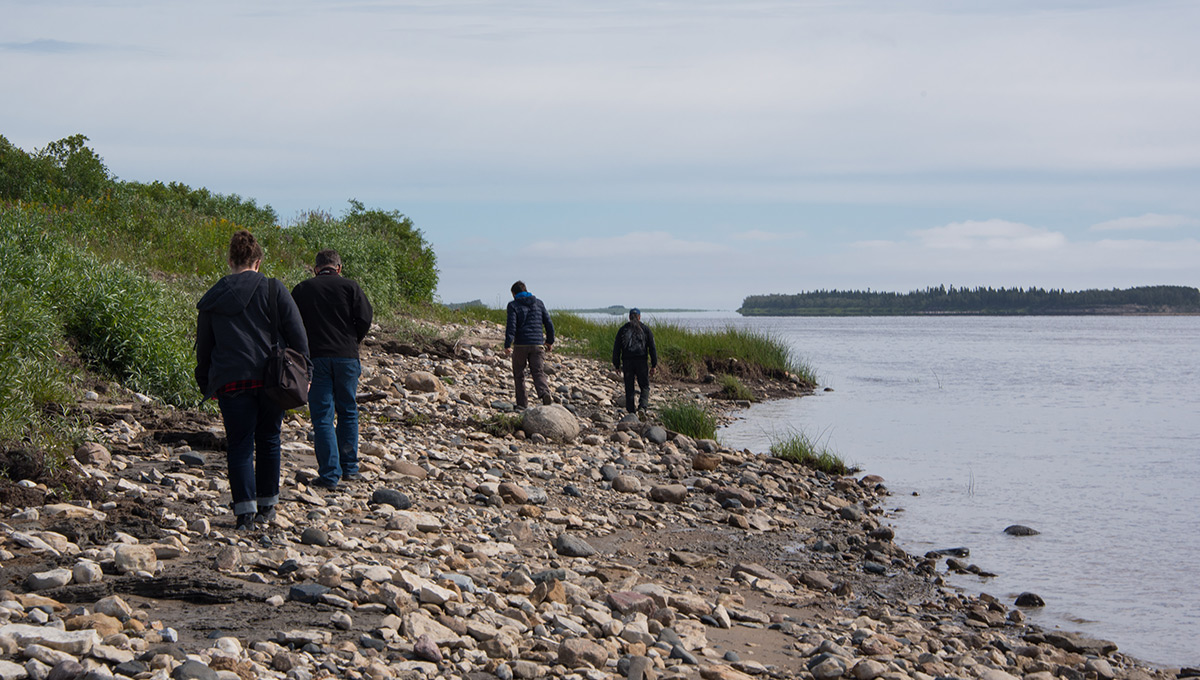 Prof. Duquette adds that finding optimal outcomes to these kinds of problems often require merging engineering and policy disciplines—but that is rarely applied in real-life circumstances.

“The Moose Factory project is a prime example of a collaborative interdisciplinary project in action. Not only are we looking at implementing the best technical solutions for reducing energy consumption and fossil fuel use, we are also assessing the impacts of human behaviour on energy use and considering technologies that the community has a preference for and believes will succeed.

“Using this interdisciplinary approach allows individual community members to actively participate in the planning of their future energy system and, as a result, the buy-in is much greater.” 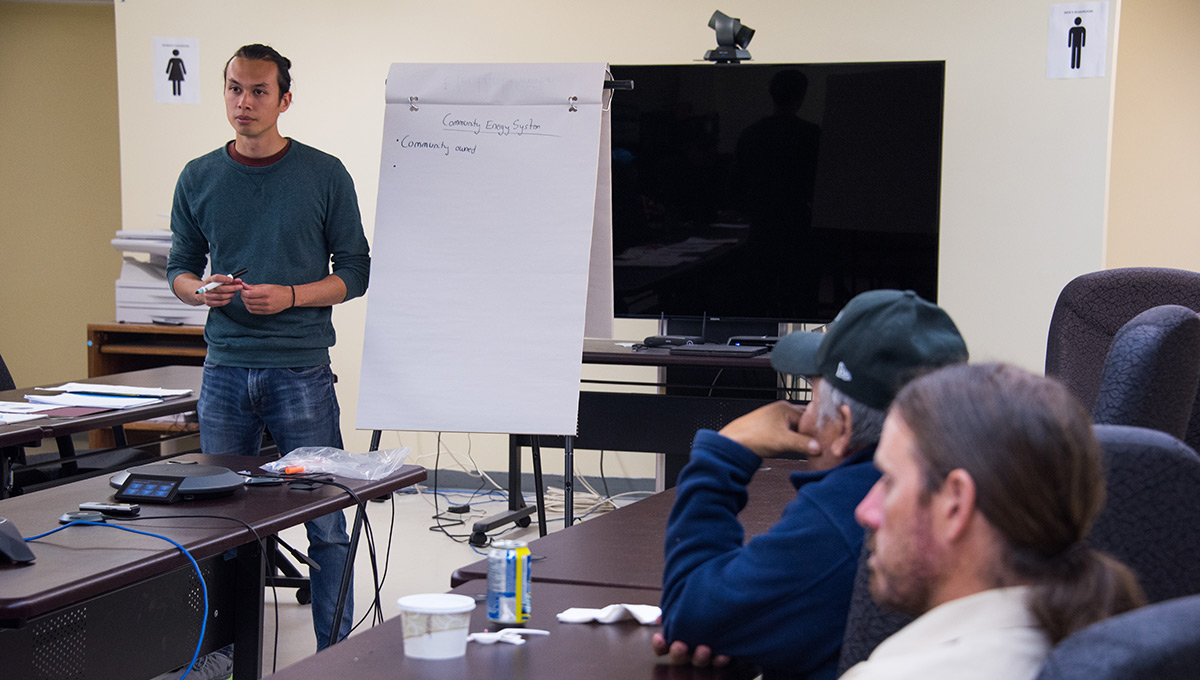 Chabot hopes that Russell and LaFreniere’s report will help guide the MoCreebec in making good decisions about energy production and consumption.

“I hope the report allows us to think strategically—to think big about a vision, objectives and projects for the future of the MoCreebec Eeyoud community. It will be a high-level report, but I hope it provides us with a roadmap and some direction,” says Chabot.

Russell, LaFreniere and both professors will return to the community in May 2019 to report back and receive some feedback about their results. They will then deliver their final report to the IESO and MoCreebec community by November 2019.

“This initiative was made possible in part through the financial support of the Independent Electricity System Operator’s (IESO) Education and Capacity Building Program. All the Carleton members listed above are solely responsible for implementation of, and the content of any materials produced by, this initiative, and the IESO has no responsibility or liability whatsoever in the event that any person suffers any losses or damages of any kind as a result of the initiative.” 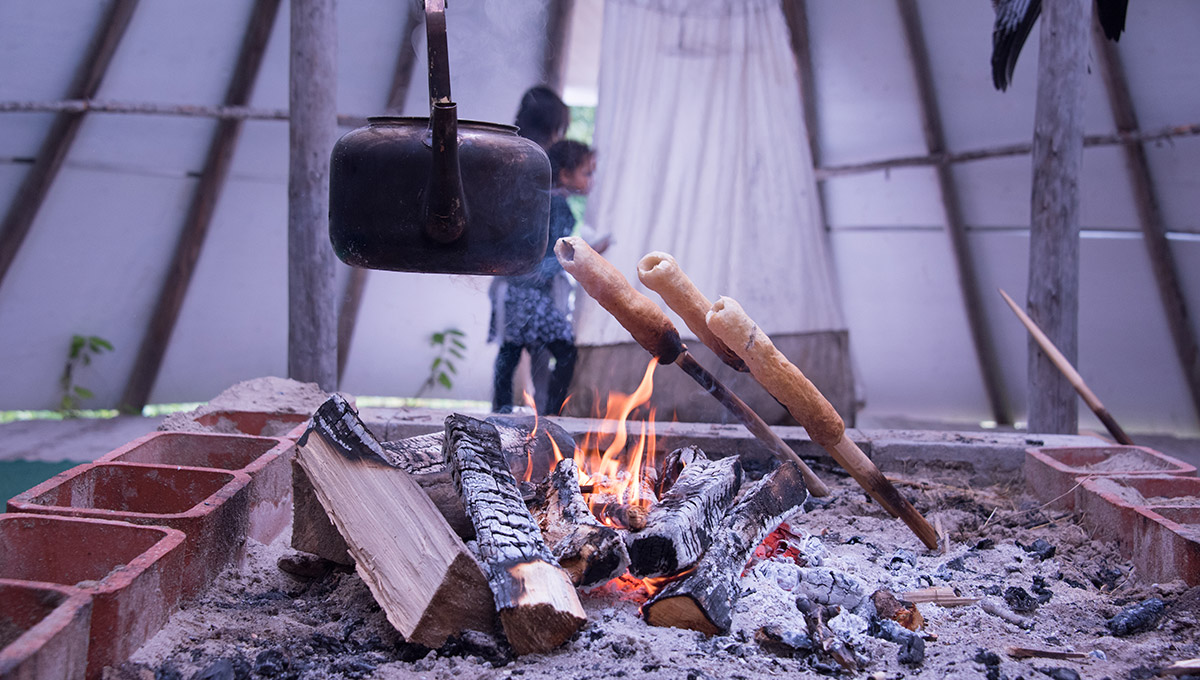 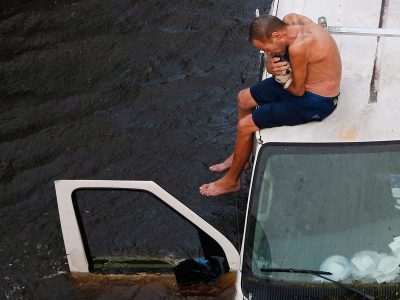 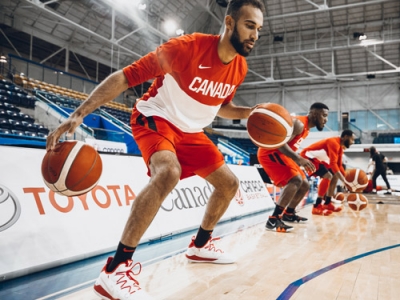 Three former Ravens with storied basketball careers are representing Canada at the FIBA World Cup in China starting Sept. 1, 2019. Brothers Phil and Thomas Scrubb, as well as Kaza Kajami-Keane, are suiting up for... More 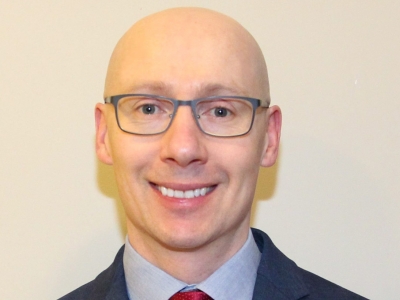