Carleton University chemistry researcher Jeff Manthorpe has been awarded the Faculty of Science‘s largest ever individual research grant to develop ways to get more mileage out of a very rare but vitally important metal.

Manthorpe will receive more than $1.5 million in funding over five years — which is also the largest grant from Mitacs ever given to Carleton — to help reduce the amount of palladium used in chemical reactions that play a significant role in industries such as electronics and pharmaceuticals.

Palladium, a precious gray-white element and the least dense of the platinum group metals, is most commonly used as a catalyst, which decreases the amount of energy required by chemical reactions without being consumed in the process. Listed as an endangered element by the American Chemical Society, palladium is the most widely used metal in catalysis, and palladium catalysis was the subject of the 2010 Nobel Prize in Chemistry. 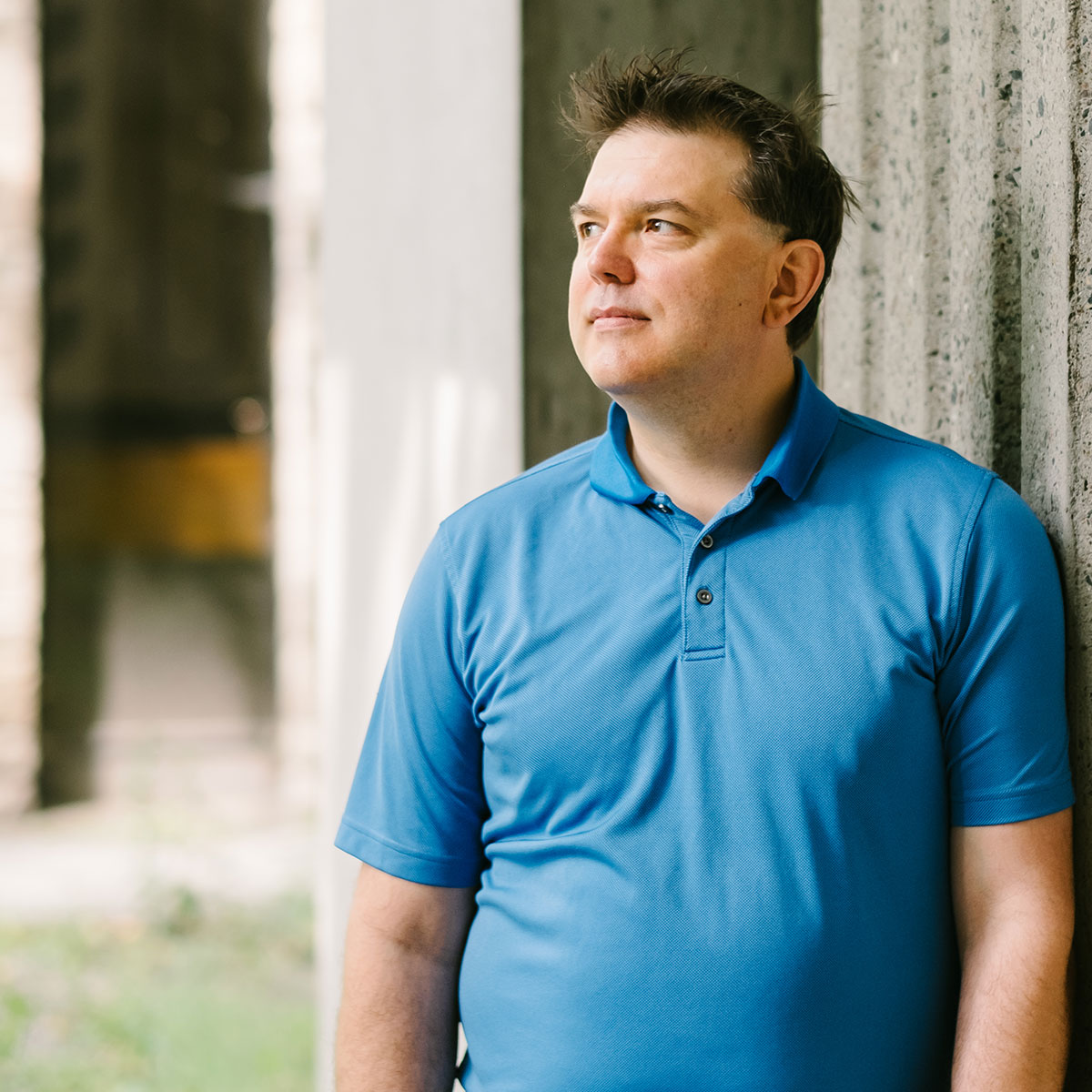 It’s used in reactions to produce polymers that are essential for modern electronics, such as cellphone screens, and has revolutionized the pharmaceutical industry, where about 70 per cent of drugs are manufactured using palladium-driven catalytic processes.

In automotive catalytic converters (which most people might think of when they hear the word “catalyst”), palladium helps convert hydrocarbons, carbon monoxide and nitrogen oxides into more benign water, nitrogen and carbon dioxide, although Manthorpe’s research is not related to these devices.

“Very little of modern life is untouched by palladium catalysis,” he says, explaining that the metal is primarily mined in Russia, South Africa, Northern Ontario and Montana, and that the global supply is shaky because around 40 per cent of it comes from Russia.

“That’s a concern because there’s huge demand and it’s so rare. We can’t get enough of it.”

Manthorpe’s research, conducted in partnership with Ottawa-based Total Synthesis Ltd., will examine why catalysts stop working, how to make them more efficient and reactive and how to improve the preparation of catalysts. He will also try to develop methods to make catalysts more readily reusable.

“Because it would be very difficult if not impossible to increase palladium production, our approach is to help stretch it out,” says Manthorpe, noting that the cost of the metal has been soaring for years, outpacing inflation by more than a factor of ten. “If we can figure out how to use it in a more efficient way, that would help mitigate the supply-and-demand crunch.

“And whenever we talk about something that’s mined, there are environmental concerns that go along with that,” he adds.

“So the more palladium we can keep in the ground for longer, the better off we are. There’s a significant economic and environmental impetus for improving the sustainability of its use.” 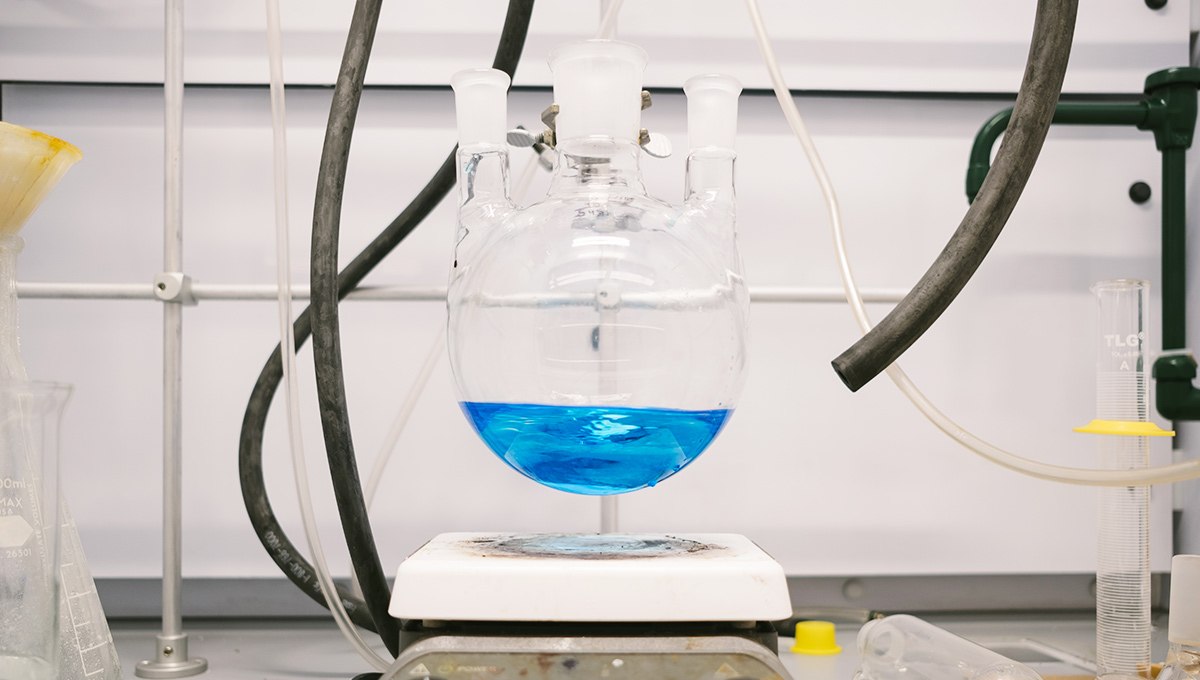 Manthorpe’s grant will support eight postdocs and one recent master’s graduate over its five years. They will spend about half of their time conducting research at Carleton and half with Total Synthesis, which produces and sells palladium-based catalysts.

“Many of our graduates end up employed in the private sector,” says Manthorpe.

“There are often differences between academic culture and industry culture, so getting experience with both can help ease that transition.” 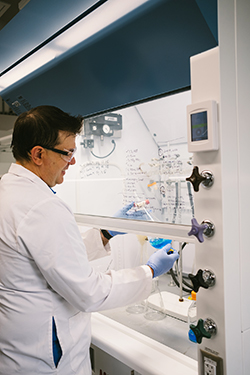 Total Synthesis, he explains, makes a series of in-demand catalysts that are often used in the production of “fine chemicals” — complex yet pure chemical substances that are important building blocks for pharmaceuticals and other specialty chemicals.

Part of this research, both in Carleton labs and at Total Synthesis, will entail attempting to learn more about how palladium catalysts “do their job” in reactions, says Manthorpe.

In these mechanistic studies, one alters the properties of the starting materials a little bit, to slightly modify the chemical structure, and then observes how the reaction changes.

“Based on the results we get from these experiments, we can make inferences about what’s going on,” says Manthorpe.

“Chemical reactions are driven by bringing things together to cause them to react and the amount of energy that’s required to make or break certain bonds. Understanding this on a deeper level will help us tune the catalyst.”

These days, 100 grams of palladium chloride — a common starting material in palladium catalysis — costs more than $12,000, and the political situation in Russia seems likely to remain unstable for some time. That’s the underlying motivation for Manthorpe.

“We’re going to work with people who have expertise in making highly efficient catalysts,” he says, “and develop a deeper understanding of how this important process works.” 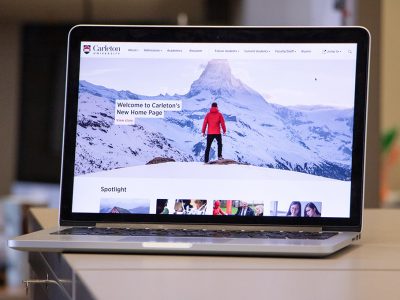 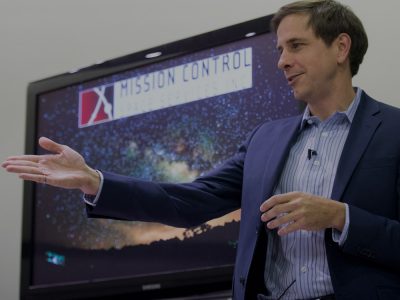 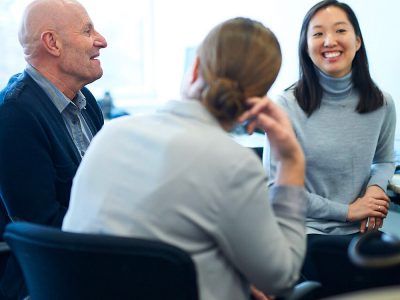 Although 2017 was a busy year for Carleton as the university celebrated its 75th anniversary, 2018 promises to be just as exciting. After reflecting on the past throughout the anniversary year, the next few months... More 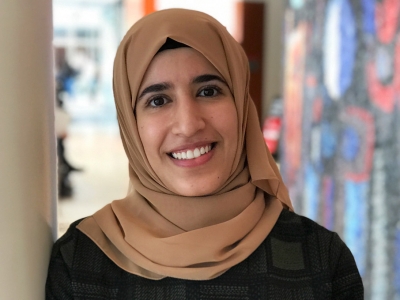 Alaa Azan was unlike anyone else at the Migration and Diaspora Student Research conference. She was the only undergraduate student there. A child studies student with a minor in psychology, Azan came to Canada from Yemen... More