When Carleton grad Jordan Redshaw moved to Fort McMurray in January 2015, he was looking for a bit of adventure in the northern boreal wilderness and a more stable job.

After three years of contract work in communications for a pair of Ontario towns, the political science graduate landed a full-time position as a press secretary with the Regional Municipality of Wood Buffalo, the local government in the small Alberta city at the heart of Canada’s oil sands industry. 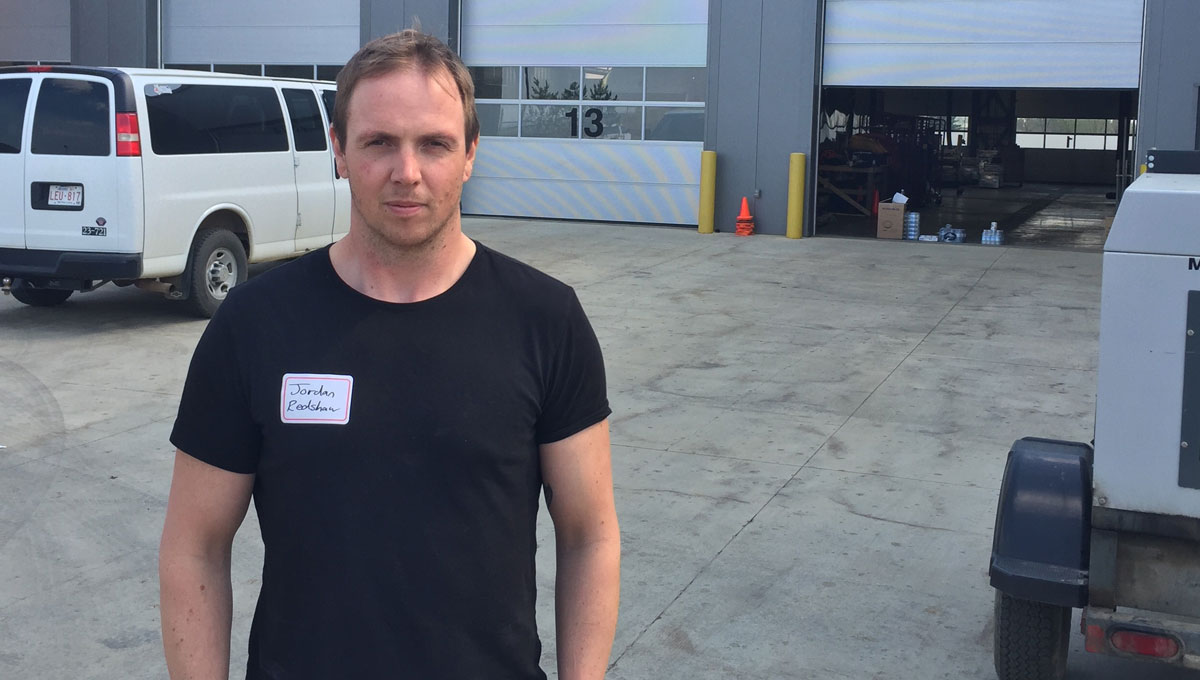 For about 15 months, the work was well-rounded but fairly routine: copywriting, designing social media ad campaigns, drafting press releases, communications planning and some video and design projects for clients, such as the city’s recreation, bylaw and emergency services departments.

Then, in early May, the wildfire that would soon be nicknamed The Beast began to threaten Fort McMurray.

When it was discovered, at 4 p.m. on Sunday, May 1, the fire was just two hectares in size. Two hours later it had grown to 60 hectares — and the preparations for an evacuation of unprecedented scale began. 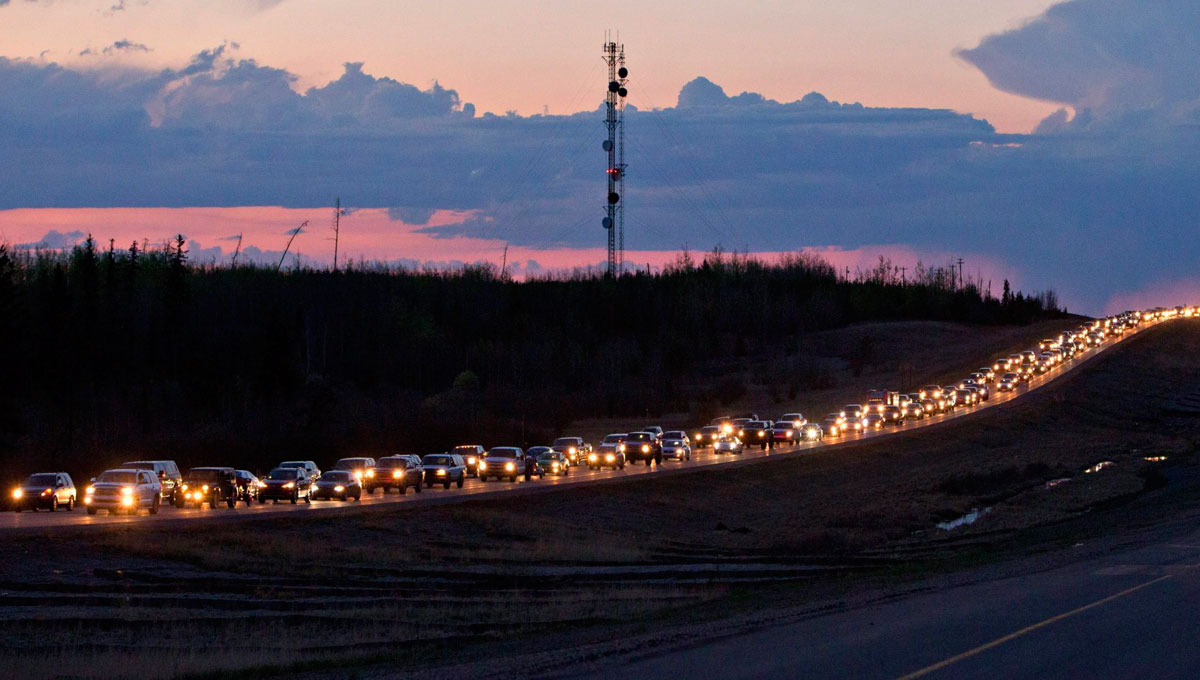 At first, a campground and several neighbourhoods were affected. On Tuesday evening, with the fire approaching 10,000 hectares, the entire city of 88,000 was put under a mandatory evacuation order.

By this time, Redshaw and his communications colleagues were set up in the Regional Emergency Operations Centre (REOC) at a fire hall five kilometres south of the empty downtown core.

The barrage of questions Fort McMurray residents were asking on social media was daunting, says Redshaw, who took charge of the municipality’s official Twitter account, @RMWoodBuffalo, with co-worker Robin Smith.

Some of the questions were matters of life and death – people stuck at home with no vehicle; people with mobility challenges who had no way to evacuate.

Redshaw and Smith triaged these queries, dispatching the proper emergency authorities (whose representatives were in the same room) to specific addresses and warning people not to go home if their neighbourhoods were burning. They gave one-word yes or no answers, replying mostly to essential questions, and at the same time trying to deal with the constant stream of media calls.

“You try to respond to everything that comes at you,” Redshaw said over the phone from Edmonton in mid-May, on his way back to Fort McMurray after a few days off, “but we’ve never dealt with that volume before.

“One of the most challenging things was addressing media concerns while providing accurate evacuation info.”

Fort McMurray is a tight-knit community, he explained, and a lot of people rely on the local newspaper and radio stations. That made it critical to respond to reporters’ needs as well. 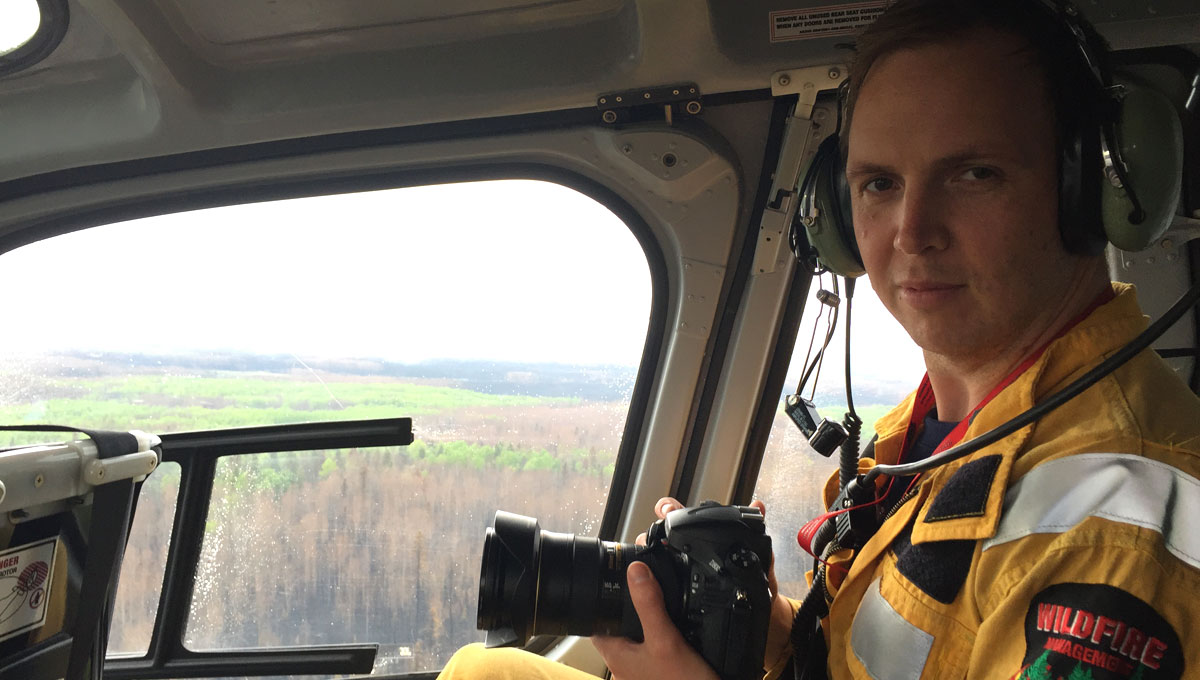 “For me, things weren’t particularly frightening, even though the REOC itself was evacuated twice,” he said. “The people I was working with weren’t conveying any fear. They were looking at everything objectively.

“I was a lot more tired than I realized I was,” he added. “You’re high on adrenalin and in the zone.”

By day three or four of the fire, although the situation was still evolving and extremely dangerous, the communications team was able to pull back and strategize. They knew they had to provide regular media briefings and decided to start posting daily 30-second videos with regional fire chief Darby Allen, who quickly became the public (and emotional) face of the emergency response effort via Twitter and Facebook.

“Those videos were all first takes with no script,” said Redshaw. “They were 30 seconds of Darby putting his heart out to the community. It was effective because he was so honest.”

Although Redshaw’s education at Carleton is not directly related to his career in communicators, he credits his experience as an Orientation leader each fall with training him to handle the long hours, lack of sleep and concern for safety that have guided his social media work during the fire.

“With both, you really have to care,” he said, “and to be as inclusive as possible.”

And now that things are moving toward recovery and residents are returning home, he is dealing with an array of provincial agencies in addition to the local government, a dynamic that his political science degree has helped him navigate.

“I consider myself lucky to have this great job,” says Redshaw, who convinced his brother and a couple friends from Ontario to join him in Alberta. “I just want to do whatever I can to help put this place back together.” 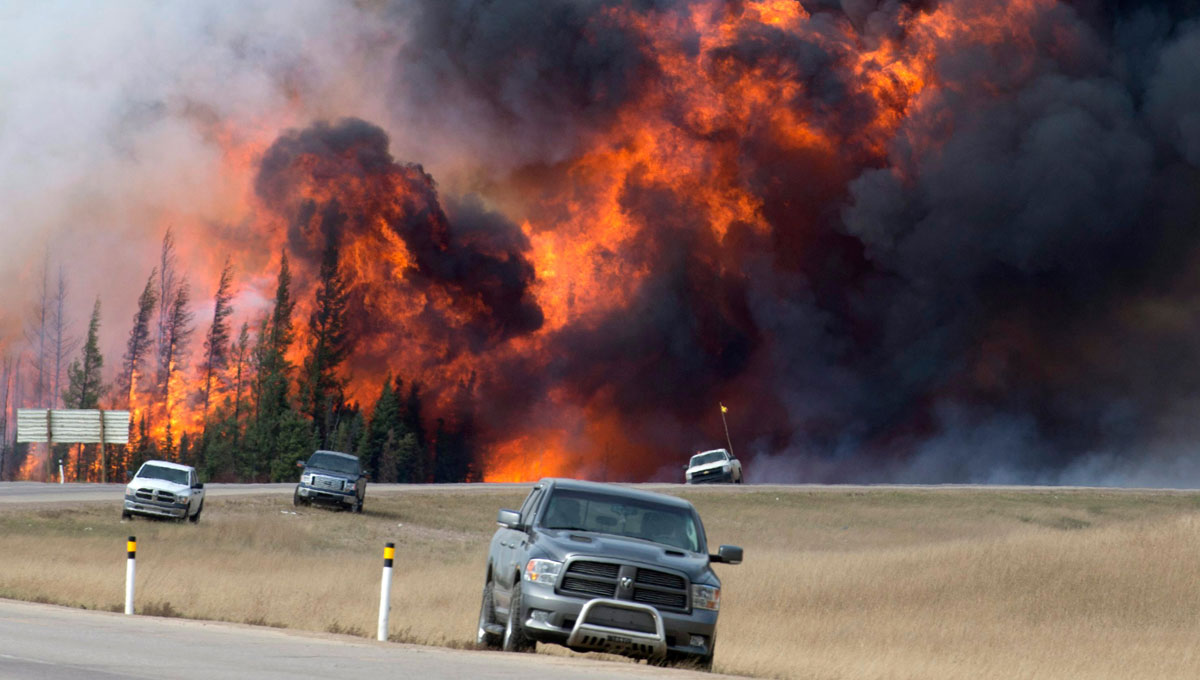 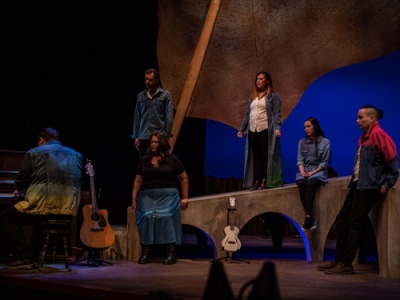 In an era muddled by fake news, social media echo chambers and mainstream media contraction, it’s perhaps not surprising that the most honest examination of race relations in the Prairies recently unfolded in a Saskatoon... More