In 2014, when Alastair Summerlee, Carleton University’s interim president, stepped down after 11 years as president of the University of Guelph, he spent a month walking through the Kalahari Desert, from the Okavango Delta to the cropland of central Botswana.

The 450-kilometre trek with two other foreign visitors, both in their 30s, was led by a nomadic San guide who carried a spear, a machete, a bow and arrows, a pot for boiling water and not much else.

“We took no food or water with us,” says Summerlee, “but found it by hunting and gathering along the way.”

During the walk, Summerlee learned what types of wood you need to start a fire in the Kalahari, how to catch scorpion for breakfast, and how to tell the time of day from the colour and taste of the air.

“My life had been the University of Guelph 24-7, and I didn’t know how I would get over that,” he says. “I thought if I replaced it with: ‘Am I going to be alive?’ — and did that for long enough — that it would be a sufficient break to stop me from thinking about the university.

“I was also completely addicted to my cellphone, and part of the deal was that this would be a month without a cellphone, cold turkey.” 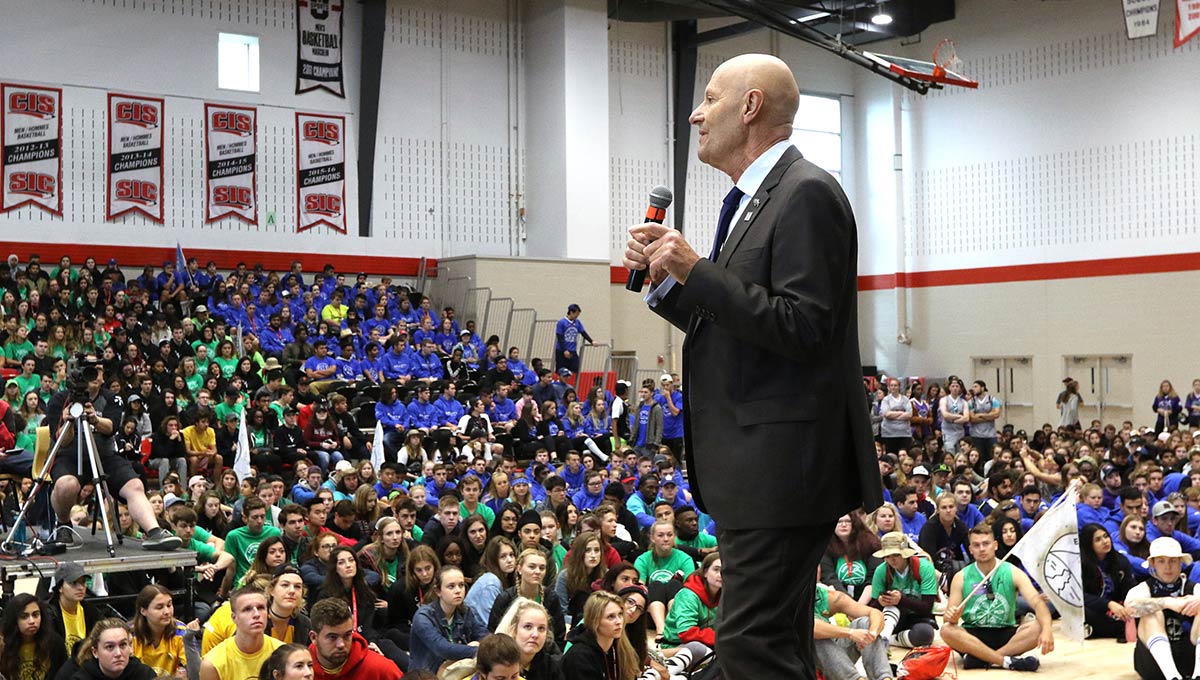 Since taking on the “intriguing challenge” of his new position at Carleton, Summerlee has once again become immersed in university life, and though his cellphone use has moderated, it remains a necessary tool for dealing with the demands and details of a busy leadership role.

But sitting in his office on a September morning, more than three years after his time in the Kalahari, it’s clear from the passion and precision with which he speaks that the experience has left a lasting impression.

“It was an absolute privilege and a revelation to learn how much I don’t know about the world that I live in,” says Summerlee. “A sense of privilege — in terms of material wealth and confidence in yourself and living in a technologically competent world — typically comes with the arrogance that you know what is good for people.

“So, learning that in fact you haven’t the faintest idea what is good for yourself let alone what is good for other people, when you are placed in a situation like I was in the Kalahari, is helpful. Because when you are trying to create any kind of cultural change, you have to learn to respect the people you’re with and the place you are, and think about how you might integrate into that environment rather than solve their problems with your solutions.”

Which is an apt description of his approach to taking the helm at Carleton, and how he’s attempting to help steer the university’s continued evolution by empowering staff, faculty and students to tackle challenges, whether on campus or on the other side of the world. 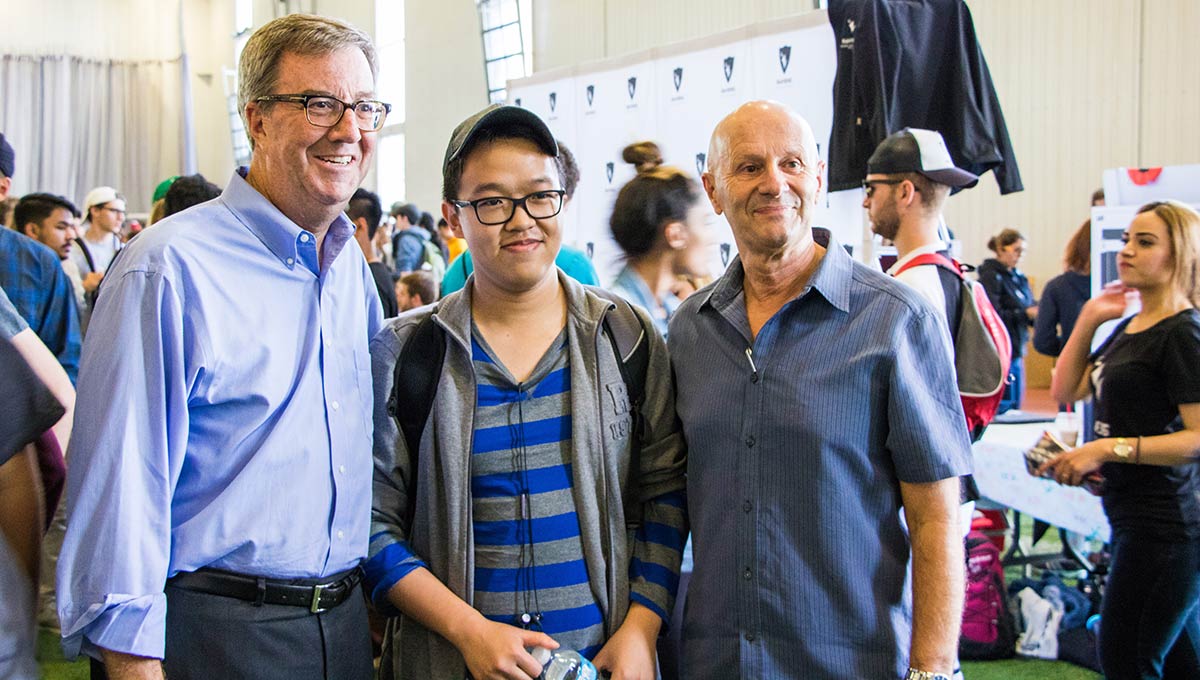 A couple curious facts out about Summerlee preceded him to Carleton. He has a penchant for walking around barefoot and wearing shorts, even when the weather turns cold. And he only needs a few hours of sleep at night, often waking at 3 a.m. and staying active until 10 or 11 p.m., albeit with a short afternoon nap in the office.

Other habits, such as his love of opera, are more shrouded — though he’s concerned about being overhead singing aloud in the tunnels, which have amazing (and hard to resist) acoustics.

At one point in his life, Summerlee thought seriously about becoming an opera singer — “a failed objective in my life,” he says.

Even today, he confesses to being dreadful to sit beside at an opera: “I heave and shake and move about and only my wife can sit anywhere near me because I am completely absorbed. The music speaks to me in ways that I find at the same time completely exhausting and absolutely relaxing. The depth of emotion is something that I don’t find anywhere else in anything that I do, yet there is a tremendous sense of tranquility in hearing and feeling the music.”

While Summerlee was familiar with Carleton before arriving in July, both from his two decades at Guelph and from his stint as chair of the Council of Ontario Universities, several elemental attributes of Carleton’s culture have only now become apparent.

The community feeling, evidenced by the number of multigenerational families represented among Carleton faculty, staff and students, give the university a distinctive friendly and supportive atmosphere — a quality that isn’t known as widely as it should be, suggests Summerlee. 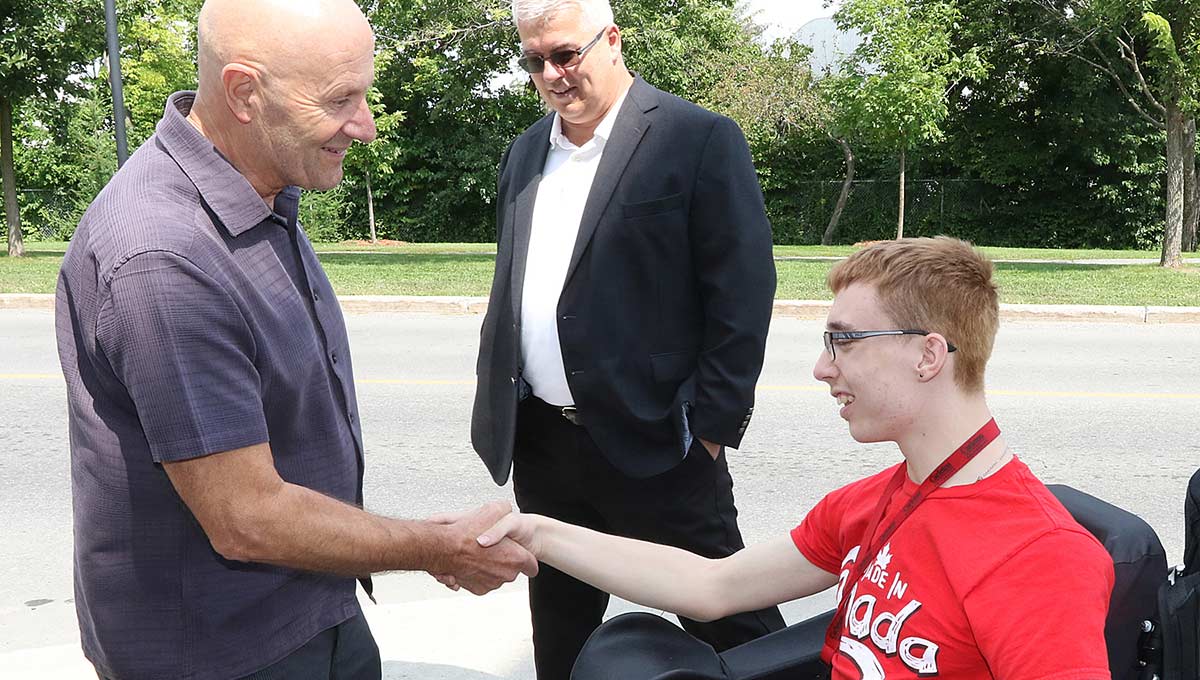 Nor does Carleton sufficiently broadcast its world-class research accomplishments, or its tangible connections to the national and international institutions headquartered in Ottawa, a distinct advantage of being based in the capital city that brings federal cabinet ministers to campus on a regular basis and creates a pipeline for student work placements on Parliament Hill, among other benefits.

The university’s “Here for Good” fundraising ethos — the core of the $300-million Collaborate campaign — is another unique aspect of Carleton.

“Very few capital campaigns are based on the idea of making a difference in the world,” says Summerlee. “They are all focused on ‘we want to build something’ or ‘we want to have this kind of facility’ or ‘we want these chairs’ and things like that. They are not about the good that you do. They are about physical structures or people, which may end up leading to good things, whereas Carleton’s campaign is focused much more on what are we doing to make a difference.”

Summerlee, whose background is in biomedical research, embraces this idea of service in his own work with Lucky Iron Fish — a social enterprise that is trying to address iron deficiency in developing countries by spreading the use of a small and simple cooking tool, which was initially developed by one of his graduate students at Guelph.

Active in Africa, Lucky Iron Fish is hoping to extend its reach in India — a country where iron deficiency is a major health concern — and Summerlee has started talking to Carleton’s Canada-India Centre about how to better connect with people in India.

“For me, ‘Here for Good’ is a beacon for a university where the way things are done is different,” he says. “But just saying the words is not enough. How are we putting this idea into practice? How does that make us different in teaching, in research, in community service? How can we use this idea to enhance our reputation more broadly?” 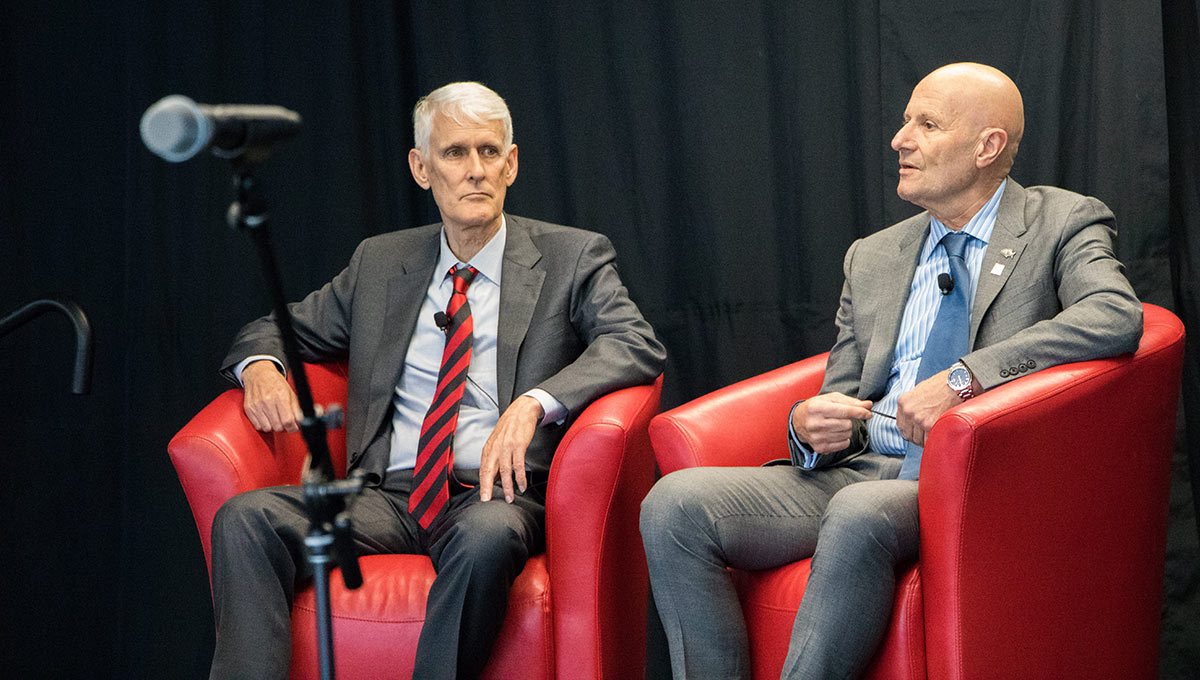 In mid-October, Summerlee and Jerry Tomberlin, Carleton’s interim provost and vice-president (Academic), sat at the front of a conference room in Residence Commons, taking questions from the floor. The gathering was the university’s inaugural Rumour Mill, an opportunity for anybody in the Carleton community to ask questions and “separate fact from fiction.”

The focus of their inquiries varied tremendously, from the code of conduct for members of the Board of Governors and the review process for Carleton’s sexual assault policy to traffic concerns, precarious work and the creation of new endowed chairs.

“Having any kind of muzzle or restraining order on people is inappropriate,” Summerlee said in response to a question about the code of conduct. “I think it’s very important for a community that values free speech to ensure that there is free speech in everything we do.” 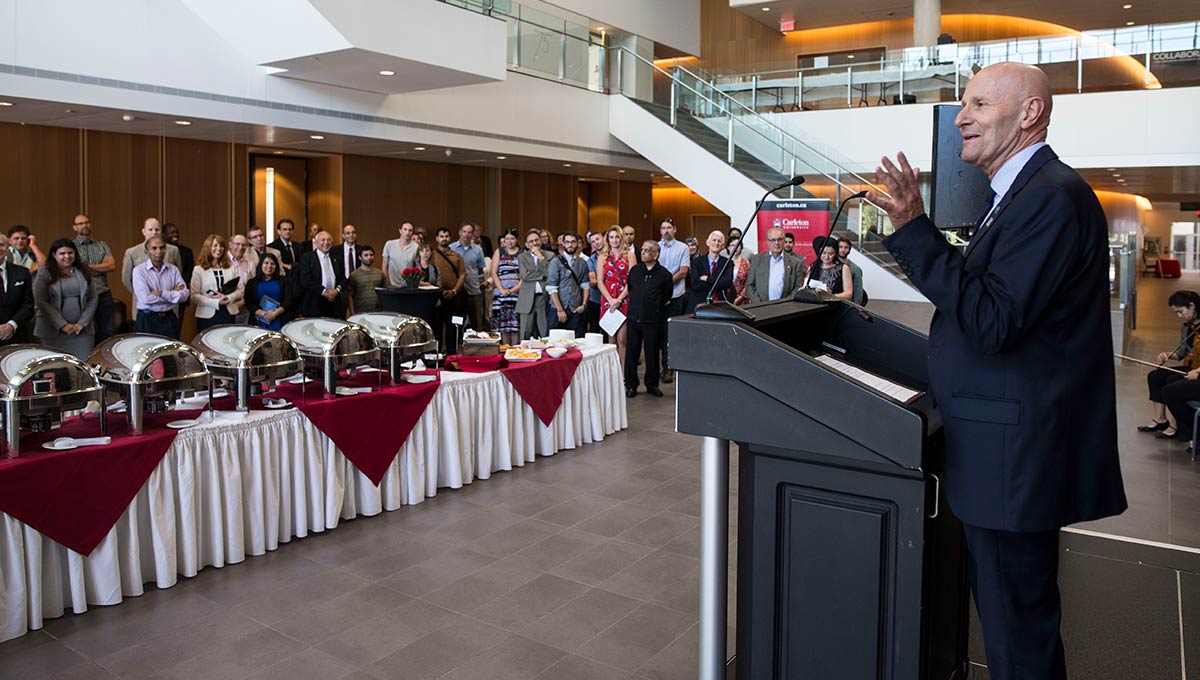 Taken more broadly, that statement reflects Summerlee’s commitment to transparency and openness. And beyond leading by example, he’s attempting to further enshrine these values at Carleton by encouraging others to take on this challenge themselves — to be the change they want to see in the world.

“The value of an institution and its forward trajectory should never rely on one person and certainly not on one person’s ideas,” says Summerlee. 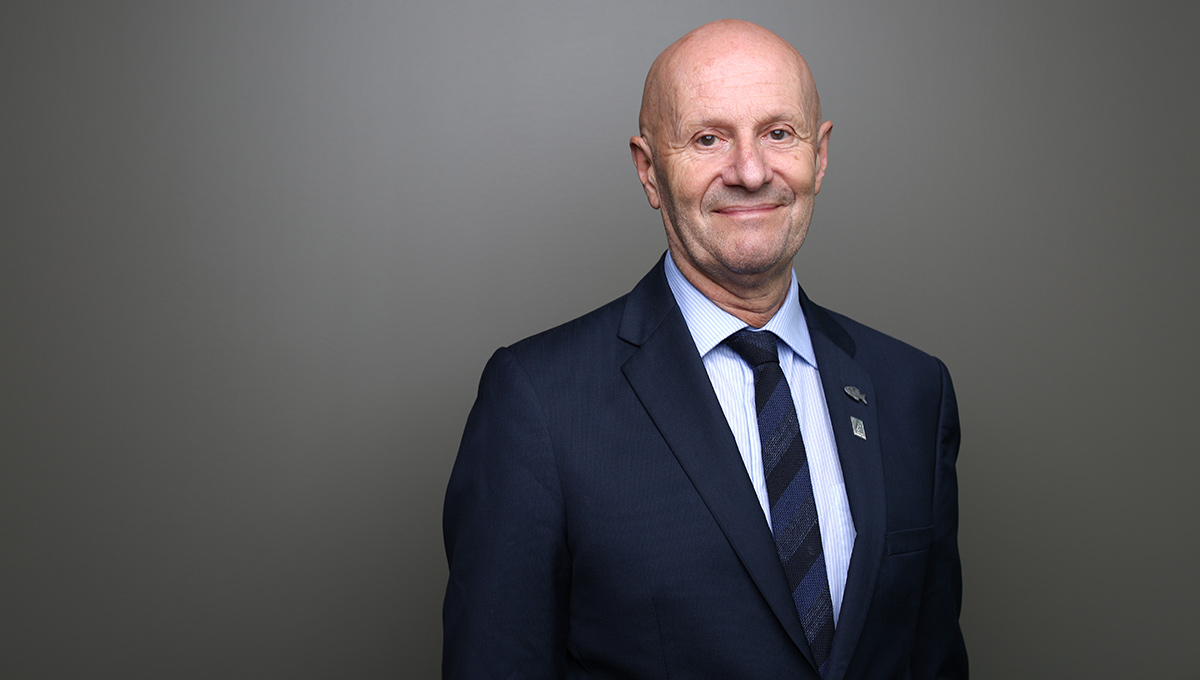 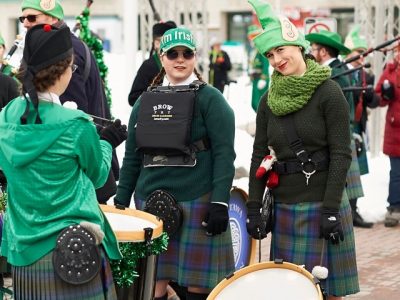 In September, when Carleton journalism students return to campus, they’ll continue reporting and publishing stories that matter to Ottawa residents, from breaking news and in-depth coverage of important issues to offbeat features and profiles of local... More 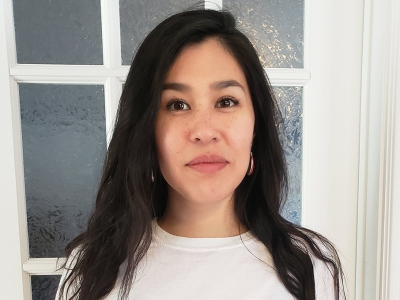 Being Indigenous on a university campus can feel foreign. A lot of instructors and fellow students don’t understand you or the place you come from, or the things you’ve faced in life: racism, discrimination, powerlessness,... More 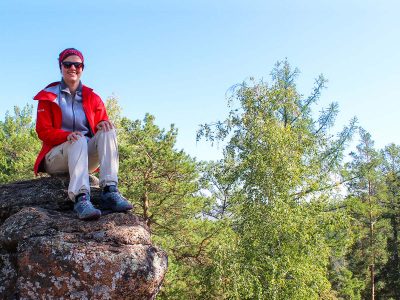