In the early days of the coronavirus outbreak, a theory widely shared on social media suggested that a science fiction text, Dean Koontz’s 1981 science fiction novel, The Eyes of Darkness, had predicted the coronavirus pandemic with uncanny precision. COVID-19 has held the entire world hostage, producing a resemblance to the post-apocalyptic world depicted in many science fiction texts.
Canadian author Margaret Atwood’s classic 2003 novel Oryx and Crake refers to a time when “there was a lot of dismay out there, and not enough ambulances” — a prediction of our current predicament.

However, the connection between science fiction and pandemics runs deeper. They are linked by a perception of globality, what sociologist Roland Robertson defines as “the consciousness of the world as a whole.”

In his 1992 survey of the history of telecommunications, How the World Was One, Arthur C. Clarke alludes to the famed historian Alfred Toynbee’s lecture entitled “The Unification of the World.” Delivered at the University of London in 1947, Toynbee envisions a “single planetary society” and notes how “despite all the linguistic, religious and cultural barriers that still sunder nations and divide them into yet smaller tribes, the unification of the world has passed the point of no return.”

Science fiction writers have, indeed, always embraced globality. In interplanetary texts, humans of all nations, races and genders have to come together as one people in the face of alien invasions. Facing an interplanetary encounter, bellicose nations have to reluctantly eschew political rivalries and collaborate on a global scale, as in Denis Villeneuve’s 2018 film, Arrival.

Globality is central to science fiction. To be identified as an Earthling, one has to transcend the local and the national, and sometimes, even the global, by embracing a larger planetary consciousness.

In The Left Hand of Darkness, Ursula K. Le Guin conceptualizes the Ekumen, which comprises 83 habitable planets. The idea of the Ekumen was borrowed from Le Guin’s father, the noted cultural anthropologist Arthur L. Kroeber. Kroeber had, in a 1945 paper, introduced the concept (from Greek oikoumene) to represent a “historic culture aggregate.” Originally, Kroeber used oikoumene to refer to the “entire inhabited world,” as he traced back human culture to one single people. Le Guin then adopted this idea of a common origin of shared humanity in her novel.

Globality of the pandemic

Many medical science fiction texts depict diseases afflicting all of humanity which must put up a unified front or perish. These narratives underscore the fluid and transnational histories of diseases, their impact and possible cure. In Amitav Ghosh’s 1995 novel, The Calcutta Chromosome, he weaves an interconnected history of malaria that spans continents over a century, while challenging Eurocentricism and foregrounding the subversive role of Indigenous knowledge in malaria research.

The epigraph quotes a poem by Sir Ronald Ross, the Nobel Prize-winning scientist credited with the discovery of the mosquito as the malaria vector:

With tears and toiling breath,

I find thy cunning seeds,

Pandemics are by definition global. On March 11, 2020, the World Health Organization declared COVID-19 a pandemic, noting that “[p]andemic is not a word to use lightly or carelessly. It is a word that, if misused, can cause unreasonable fear, or unjustified acceptance that the fight is over, leading to unnecessary suffering and death.”

COVID-19 has forced billions into social isolation and continues to wreak havoc on an unprecedented global scale. Eerily similar photographs of masked faces, PPE-clad front-line workers and deserted downtowns emerged from every corner of the world.

However, a pandemic is not global merely in its spread — one needs to harness its globality to counter and eventually defeat it. As Israeli historian Yuval Harari notes, in the choice between national isolationism and global solidarity, we must choose the latter and adopt a “spirit of global co-operation and trust”:

What an Italian doctor discovers in Milan in the early morning might well save lives in Tehran by evening. When the U.K. government hesitates between several policies, it can get advice from the Koreans who have already faced a similar dilemma a month ago.

Regarding Canada’s response to the crisis, researchers have noted both the immorality and futility of a nationalistic “Canada First” approach.

Clearly, a nation cannot insulate itself from the deleterious effects of the pandemic by closing its hearts and borders. Tightening immigration can temporarily stanch the flow of people, but the virus, like the “million-murdering death,” is treacherous in its border-defying agility. Presently, as many nations experience a resurgence of nationalism and exclusionary policies of walls and borders, the pandemic is a harsh reminder of the lived reality of our transnational interconnectedness. 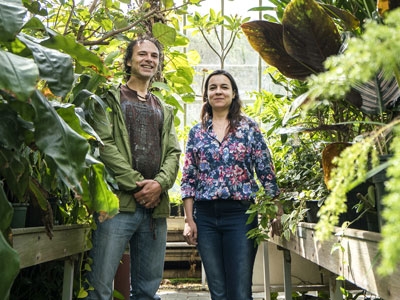 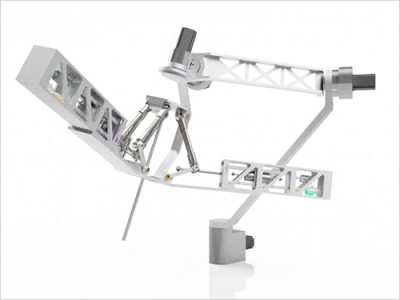 Roughly 15,000 people in Canada undergo coronary artery bypass grafting (CABG) surgery each year, improving heart function due to disease, heart attack or other complications. Recovery from this highly invasive procedure can take up to... More