War in Ukraine is evolving into a humanitarian disaster right at the European Union’s doorstep. In contrast to wars elsewhere in world, European Union member states are the first safe countries that can be reached by people fleeing direct warfare.

After a failed blitzkrieg, the Russian army has adopted attacks against civilians, resulting in ever-growing refugee flows from Ukraine to neighbouring countries — 3.5 million people have fled so far, mainly women and children.

The influx is expected to grow, putting the stability of the European Union at risk and creating an opportunity for Vladimir Putin, a master of information wars against open societies, to create dangerous divisions in the EU.

Humanitarian crisis as a cyber-weapon

Massive migration flows have frequently caused security concerns in post-1989 Europe. The influx of nearly a million asylum-seekers to Germany from the former Soviet Union and Yugoslavia resulted in restrictive asylum policies and border controls.

But it was the Syrian crisis, skillfully used by both by Russian media and Russian troll farms on social media, that transformed the humanitarian crisis into a cyberweapon.

That weapon had quick success on three fronts: the unprecedented rise of right-wing, populist anti-Muslim and anti-immigration movements across the EU; Brexit; and a rise in anti-immigration sentiment in eastern Europe.

Access to the EU is defined by a dense network of agreements, from visa waivers to trade agreements, with citizenship the key to determining someone’s right of entry.

Adoption of the first three sets of policies — on borders, visas and asylum — is a requirement for EU membership. In the early 1990s, some former communist countries started adopting EU rules in a process called “Europeanization” to meet the criteria for EU membership.

They adopted the Schengen rules governing the EU’s borders to the east. They also adopted the 1951 Geneva Convention relating to the Status of Refugees to create a protective barrier between the EU’s western European core and eastern Europe due to the turmoil caused by the collapse of the Soviet Union and Yugoslavia.

The focus on policies aimed at stopping people from entering was a conceptually new undertaking for these countries, which had just spent 40 years trying to prevent emigration, not block immigration.

This shift in policy focus also impacted how politicians spoke about immigration. My research in Poland found they began using language adopted from their western European colleagues at the time, full of “bogus asylum-seekers” and “illegal immigrants.” That undermined any political effort to invest in real immigration and integration policies.

In the decade prior to joining the EU, with no large groups of immigrants in the country (lower than one per cent of the Polish population) and next to no public interest in immigration, Polish policy-makers repeated and applied the security arguments and fear-based language about immigration they heard in the West.

Starting from this low point, Poland has been slow to adopt any active immigrant integration policies, opting instead for “organic” integration.

In 2015, for the first time in Polish history, Russian disinformation efforts put immigration at the top of the political agenda and propelled an anti-EU, anti-immigration and conservative populist party to power.

Since then, all efforts to build a functioning Polish refugee reception system have been stalled, and the Polish government decided to undermine EU solidarity in the Syrian crisis by refusing to host even one Syrian refugee.

This lack of a functioning reception and integration system may have propelled Syrian asylum-seekers and refugees further west.

The refugee crisis on the eastern European border in 2021, created artificially by Belarus in response to EU sanctions, has been successful on two counts. First, it helped revive the narrative of racist eastern European states. Second, it did the groundwork for the ongoing influx of refugees from Ukraine.

The Polish welcome of Ukrainians is now being labelled “white privilege,” helping support Vladimir Putin’s laughable claim that Ukrainians are Nazis. The lack of understanding on how EU border policies work in the first weeks of the invasion also cast blame on Polish and Ukrainian border guards.

Poland is now the epicentre of the largest humanitarian crisis since 1945. To point out the country is ill-prepared to handle it and avoid catastrophe is an understatement.

All support for the refugees in the first two weeks of the war was organized spontaneously by Polish businesses, local governments, civil society organizations and the population at large, with the Polish state absent from the equation. The major difference with previous refugee crises was that the government actually allowed citizens to help refugees.

The threat starts in Poland

The skillful use of disinformation and misinformation amplified by Russian operatives on social media is more ferocious than what afflicted Turkey for its support to Syrians.

Russia’s first goal is to weaken support for Ukrainian refugees in the countries hosting most of them. Poland, a country promoting right-wing anti-immigrant rhetoric for seven years, is the primary aim.

The mix of historical ambivalence on immigration, lack of structural governance support and the arrival of hundreds of thousands of long-term refugees is a fertile ground for war in cyberspace.

Fake news triggered real-life incidents that put African refugees at risk; the Polish Institute for Internet and Social Media Research says it recorded more than 120,000 attempts at disinformation on social media related to Russia’s attack on Ukraine within just 24 hours of the invasion; and Putin’s spin machine is feeding Polish right-wing politicians, trying to erode popular support for the refugees.

When the well-being of a refugee depends solely on the generosity of a private citizen, the risk of help going wrong is enormous, especially with Russian trolls in play. Anti-immigrant sentiments can be easily triggered and misinformation can spin out of control. 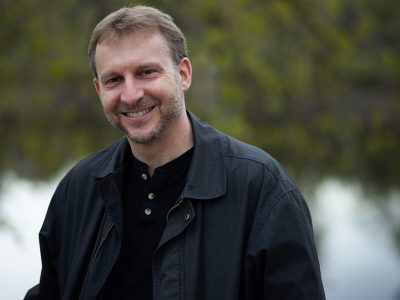 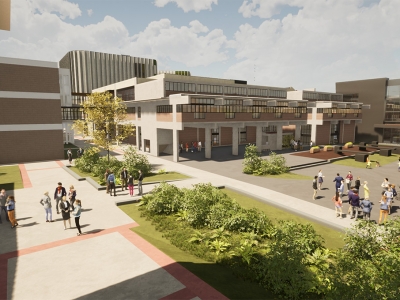 Carleton Immersive Media Studio (CIMS) Lab has won CanBIM’s National Academic Innovation Spotlight award for their work on the Carleton Digital Campus project. For the past few years, CIMS has been working on creating a... More 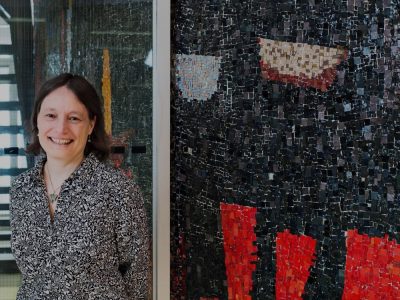 As the enormous particle accelerator just outside Geneva, Switzerland, came back to life this month after a planned two-year shutdown, Carleton University physicist Manuella Vincter was spending a few shifts in the control room. The... More