Shaping the World for Film

This  past awards  season,  Carleton architecture  alumnus  Paul Austerberry  (BArch/89)  scored a  double  feature for  his  work on  Guillermo del Toro’s  The  Shape of  Water.

After  a big  win  at the  2018  British Academy  of  Film and  Television  Awards (BAFTAs)  in  February, Austerberry  went  on to  walk  the red  carpet  at the  90th  Academy Awards  in  March, ultimately  taking  home the  Oscar  for Best  Production  Design.

On  October 15,  2018,  Austerberry will  be  returning to  Ottawa  for the  Azrieli  School of  Architecture  and  Urbanism’s  esteemed Forum  Lecture  Series, where  he  will deliver  a  special talk  on Shaping  the World  for  Film as part  of  the  school’s  ongoing 50th  anniversary  celebration.

Where  were you  when  you first  learned  you had  been  nominated for  your  work on  The  Shape  of Water?  How  did you  react  when you  received  the news? 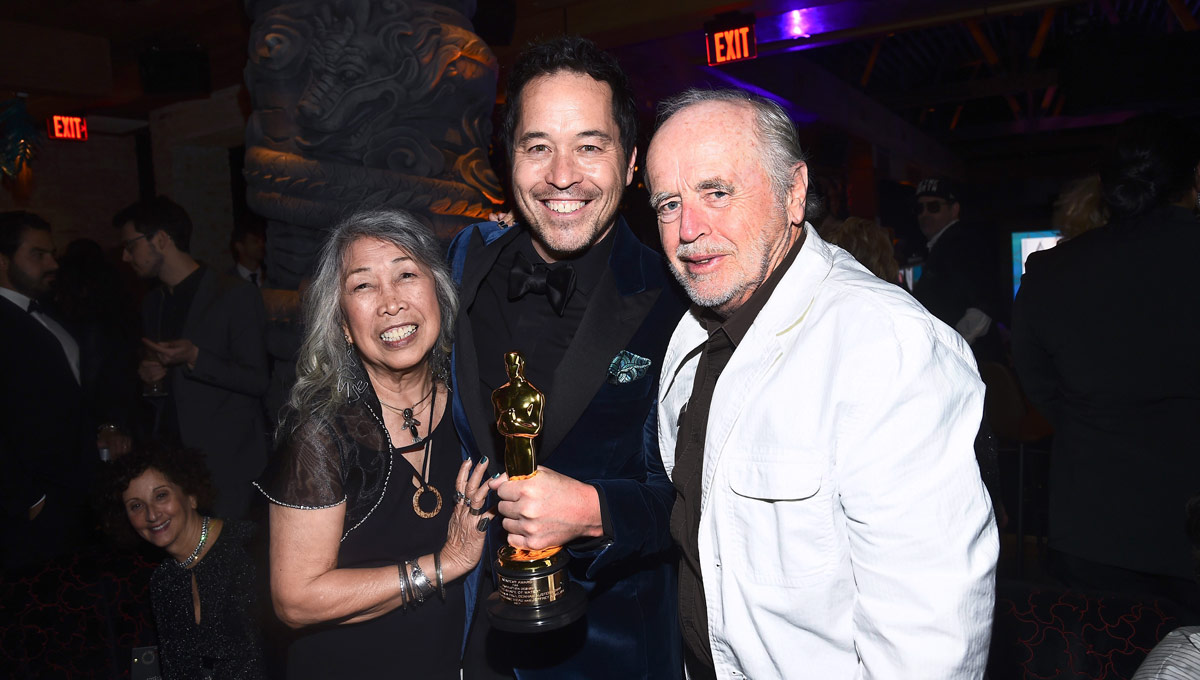 Did  you expect  the  film would  receive  so much  attention  at this  year’s  Academy Awards?

It was  incredibly  nerve-racking for  the  first hour  while  we were  sitting  in our  seats  waiting for  our  category to  come  up. When  they  finally listed  the  nominees there  was  a slightly  bigger  cheer from  the  audience for  our  film, which  we  thought was  a  good sign.  When  we actually  heard  our names, it  was  both exhilarating  and  terrifying, since  we  knew we  were  about to  get  up and  speak  in front  of  a massive  audience.

How did you  first  break into  the  film industry?

After graduating  from  Carleton, I  moved  to Toronto  to  work at  an  architectural firm  and  happened to  make  friends with  a  number of  people  who were  involved  in the  film  industry. Over  the  course of  the  next two  years,  I worked  within  that firm  before  deciding to  do  some travel  in  Asia for  about  eight months.  When  I returned,  there  was a  recession  in the  building  industry, so  I  decided to  volunteer  in an  art  department on  the  recommendation  of one  of  my friends.  Four  days into  that,  a paid  job  became available  and  I was  in. 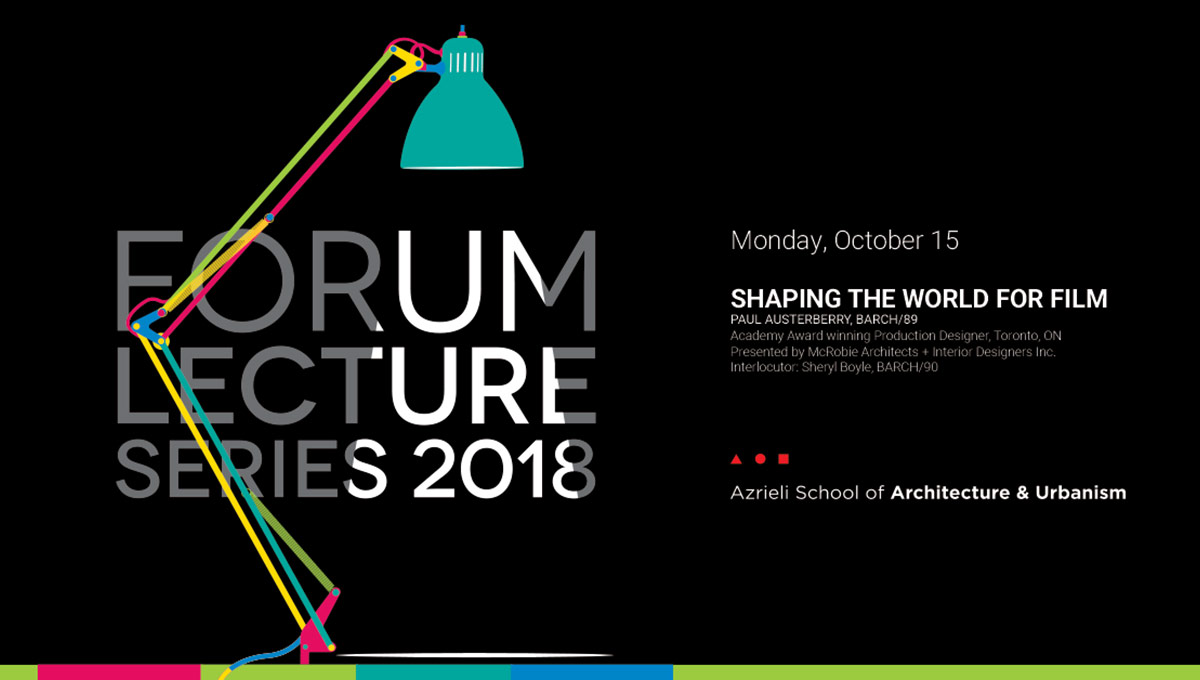 Where  do you  begin  after you’ve  read  a script?

The first  thing  I always  do  is break  down  the script  into  all the  different  locations it  describes.  Then you  can  decide which  ones  might be  able  to be  found  as a  practical  location, which  ones  could be  created  by  heavily  modifying an  existing  location, and  those  that need  to  be entirely  constructed  in the  studio.

In  an interview  with  the LA  Times,  you mentioned  how  the Brutalist-style  architecture  of certain  buildings  at Carleton  influenced  your vision  for  elements of  the  film, such  as  the government  lab  where the  creature  is held  captive.  Can you  elaborate?

I was  referring  to the  style  of architecture  that  Carleton’s Architecture  Building  was built  in  and was  very  common in  the  1950s, ‘60s, and ‘70s  for  institutional buildings.  I  had wanted  to  contrast the  more  romantic world  of  Sally Hawkins’  character’s  apartment above  an  old theatre-turned-movie-house from  the  1890s with  something  that featured  harder  lines and  harsher  materials like  concrete.

Has  your time  at  Carleton impacted  your  other projects?  Were  there influential  professors  or memories  that  you’ve drawn  from?

I think  that  my time  at  Carleton has  impacted  pretty much  all  of  my  film projects,  as  the skills  we  learned there  were  really about  how  to look  at  the world  around  you and  the  visualization of  three-dimensional  space. We  had  a  lot  of inspirational  professors,  as well  as  an amazing  array  of world-renowned  visiting  critics such  as  Frank Gehry  and  Zaha Hadid  shaping  our education. 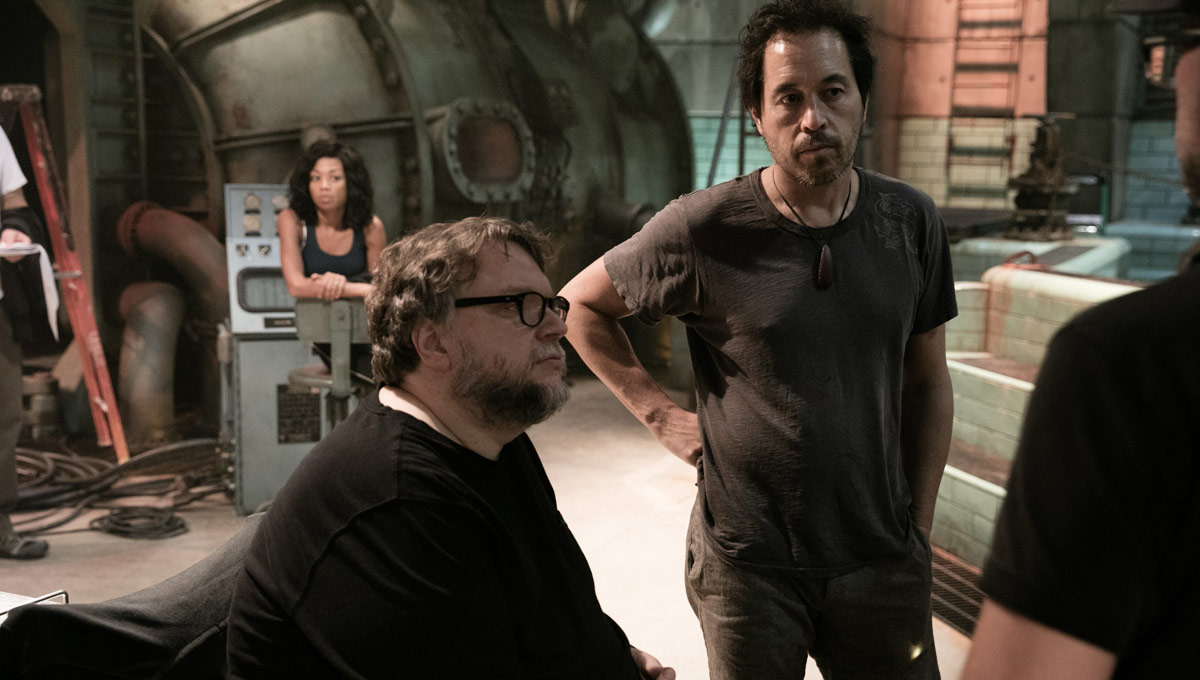 What  was it  like  working with  legendary  fantasy director  Guillermo  del Toro?  How  were you  able  to translate  his  vision to  the  big screen?

How  can the  look  of a  film  affect its  narrative  and how  has  your understanding  of  architecture helped  you  in establishing  visual  themes?

The look  of  a film  can  affect its  story  by creating  a  mood or  feeling  through the  use  of colour  or  texture and  shape.  Warm versus  a  cool colour  palette,  for instance,  can  accentuate a  friendly  versus a  harsh  environment. Softer  architectural  spaces can  be  more welcoming  versus  angular, sharp-lined  architecture,  which can  sometimes  feel more  oppressive  or aggressive.  These  are the  kinds  of tools  we  can use  to  help set  the  mood and  enhance  the story.

What  kinds of  challenges  did you  face  once you  had  seen the  screenplay  for The  Shape  of  Water?

One of  the  biggest  challenges we  faced  once we  read  the screenplay  was  how  to  tackle the  four  main underwater  sequences.  In the  end,  we resorted  to  only submerging  one  small bathroom  set  in a  specially  constructed tank  and  using a  “dry  for wet’’ technique. Essentially,  the  old-fashioned method  involved  suspending the  furnishing  and actress  by  wires while  filling  the set  with  light smoke.  Then  we used  multiple  projectors to  impose  the caustic  light,  which  travels  through water  onto  the smoke  and  slowed it  all  down a  bit.  Elisa’s hair  and  nightgown were  then  animated digitally  by  our visual  effects  team, which also  added  particulate in  the  water, along  with  a few  fish.

You’ve  worked on  films  from  a  number of  blockbuster  franchises, including  Resident  Evil,  Twilight  and  X-Men. How  different  is it  when  taking on  smaller  projects like  The  Shape  of Water?

Every scale  of  film has  similar  problems and  there  never seems  to  be enough  time  or money  to  do what  you  initially plan.  Often  it takes  a  lot of  thinking  outside the  box  to make  it  all work.  I  think one  of  the things  that  made  The Shape  of  Water successful  is  that everything  within  the film  works  so cohesively.  The  lighting, the  props,  the costumes  and  sets all  work  harmoniously colour-wise  and  a big  part  of that  is  that we  didn’t  have that  many  different locations  or  sets so  we  were able  to  control it  all. 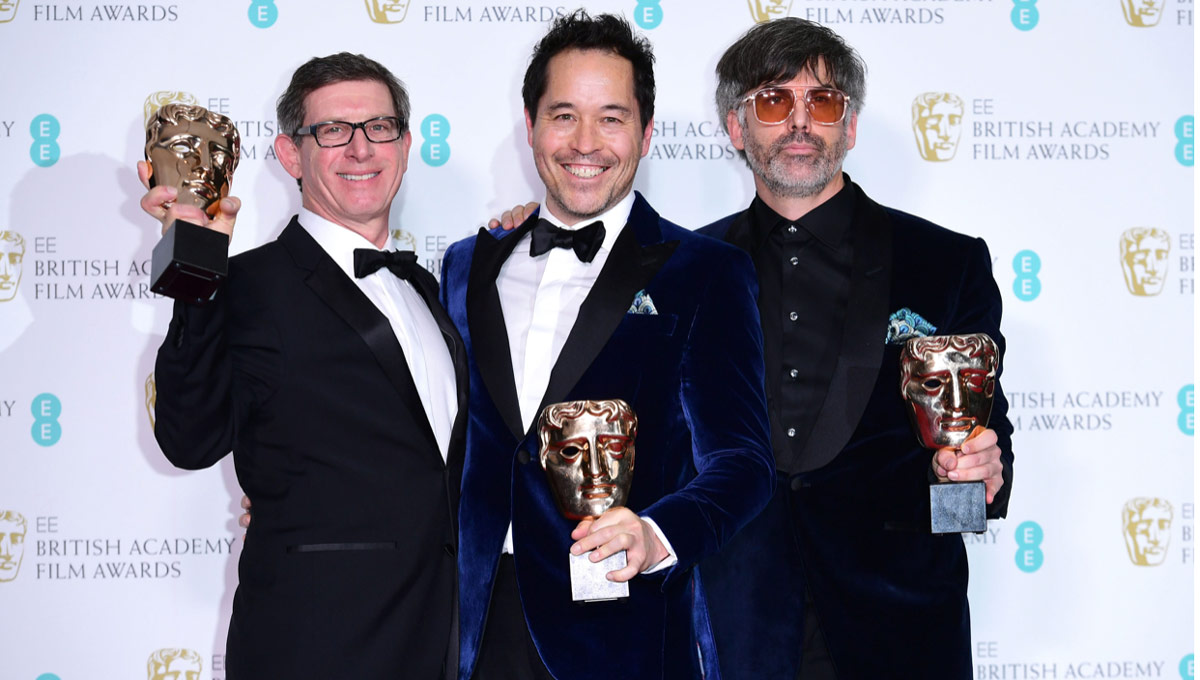 The  Shape  of Water’s Canadian  connections  are well  known,  especially with  it  having been  shot  in Toronto  and  Hamilton. What  do  you think  the  film’s success  says  about the  state  of the  industry  here in  Canada?

I  think  it shows  that  there’s a lot  to  be proud  about  when it  comes  to the  industry  north of  the  border. Almost  all  of the  crew  members for  the  film were  Canadian  and everyone  was  very excited  that  we were  able  to compete  with  the best  in  the world  this  past awards  season.  I’d like  to  point out  that  on this  film  alone there  were  actually four  Carleton  grads working  in  the art  department,  including David  Fremlin  and William  Cheng  (first assistant  art  directors), Nigel  Churcher  (art director)  and  myself. There  are  plenty more  throughout  the industry  in  general as  well.

Where  does your  Oscar  live? Does  he  have a  permanent  home on  display  or is  he  stored away  for  safekeeping?

What has  this Oscar  meant  to you  personally  or professionally?  Have  you  gotten  used to  the  title  of ͞Academy  Award  winner?

Personally, everything  still  hasn’t fully sunken  in  yet. There  were  some  incredibly well -crafted  films  this year  and  it was  very  fulfilling just  to  be able  to  stand alongside  them.  Professionally,  I know  it’s  an amazing  achievement  and honour,  as  it represents  the  pinnacle of  recognition  within the  Hollywood  film industry.  Hopefully  that means  I’ll  get the  opportunity  to work  on  more prestigious  films  in the  future  that I  otherwise  wouldn’t have  had  the chance  to.

You  currently have  some  exciting films  in  pre-production,  including the  followup  to last  year’s  wildly successful  reboot  of Stephen  King’s  It.  Is there  any  added pressure  in  working on  the  sequel to  a  highly acclaimed  film?

Carleton University’s School of Social Work organized a virtual experience on March 6 called “Black History is Every Month” to foster cross-cultural understanding and appreciation through critical discussions, storytelling and performances. Since the online presentation... More 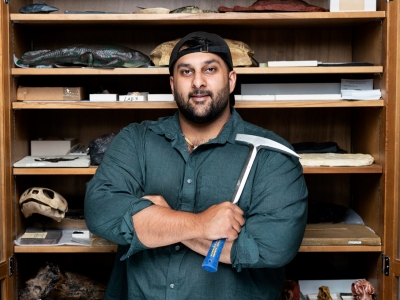 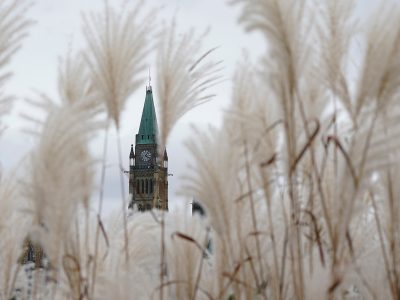