Carleton University alumna and distinguished public servant, Yaprak Baltacioğlu, has been appointed as the university’s 12th chancellor, continuing the tradition of accomplished Canadians serving in this important role.

Baltacioğlu earned a master’s degree from Carleton’s School of Public Policy and Administration (SPPA) in 1989 and went on to fulfil a series of increasingly senior roles in the federal government, including deputy minister posts in the departments of Agriculture and Agri-food and Transport, Infrastructure and Communities, before becoming Secretary of the Treasury Board in 2012.

For nearly 30 years, Yaprak Baltacioglu served Canadians with skill, dedication & pride. The Treasury Board, our public service – and our country – will miss your outstanding leadership. All the best in retirement, @yapbalta.

She has been twice recognized by the Women’s Executive Network as one of Canada’s Top 100 Most Powerful Women and was recently been honoured by the Public Policy Forum. She has also been recognized for significant contributions to the public sector with the Queen Elizabeth II Diamond and Jubilee medals, and the 125th Anniversary of the Confederation of Canada Medal.

“I am honoured to be asked to serve as chancellor,” said Baltacioğlu, who advised four prime ministers and succeeds Charles Chi as the university’s titular head. “Carleton changed my life. It gave me an amazing opportunity to have an influence on my country.”

“We are very excited to have Ms. Baltacioğlu coming back to our campus,” said Carleton President Benoit-Antoine Bacon. “She is a resilient and purposeful leader who, throughout her outstanding and award-winning career, has always taken time to mentor many of her colleagues, including young civil servants beginning their careers.

“The chancellor is a symbol of the aspirations of our students, and a link to the broader community,” said Bacon. “These roles are critical to our mission to contribute to the social, economic and common good in Ottawa, across Canada and around the world.”

“Personal integrity is of utmost importance in this role,” Nik Nanos, chair of Carleton’s Board of Governors, said of Baltacioğlu’s appointment. “The chancellor is a champion of the university’s values, and in ceremonies and other public settings, she will inspire our students and foster Carleton pride.”

A Fascination with Canadian Democracy

Born in Turkey, Baltacioğlu came to Canada at the age of 21 after earning a law degree at Istanbul University. With a foreign degree and one young child at home, she had no idea what her future held.

“I started watching Question Period and I became fascinated by Canadian democracy,” said Baltacioğlu. “So I applied to the School of Public Policy and Administration (SPPA) to learn more about the government.”

Much to her surprise, she was accepted. “Carleton gave me that break. They gave me a degree, professional contacts and confidence, which is no small thing. They really supported me as a young woman.”

Carleton also introduced her to the public service. She was recommended for a term position at the Public Service Commission by one of her professors. She embarked on a career that included work in six departments on topics ranging from agriculture and food policy to transport and infrastructure policy, environment and climate change policy, and social policy.

“SPPA trained me as a generalist,” said Baltacioğlu. “So when I got to the public service, I could learn and do almost anything. When I got my first paycheque, I couldn’t believe they would pay me to have so much fun. I loved it from day one.”

“For nearly 30 years, Yaprak Baltacioğlu served Canadians with skill, dedication and pride,” Prime Minister Justin Trudeau tweeted when she retired from public service this past spring. “The Treasury Board, our public service — and our country — will miss your outstanding leadership.”

“After the career and life journey that she has had, she will be able to understand the challenges that our students face and the opportunities they have,” said André Plourde, dean of Carleton’s Faculty of Public Affairs, which is the home of SPPA. “I am proud to count her among our alumni and look forward to this new stage of her relationship with the university.”

Other distinguished Canadians who have served as chancellor at Carleton include Marc Garneau, Ray Hnatyshyn, Arthur Kroeger, Pauline Jewett and Lester B. Pearson.

Throughout her career, Baltacioğlu shaped policy, oversaw programs and operations, led transformation, contributed on many senior committees, and had an impact on the direction of government affairs at the highest levels of decision making.

As Secretary of the Treasury Board, she led support for the government’s management board and provided strategic and operational leadership that advanced sound governance and produced results across the full spectrum of the federal government’s programs, policies, directives, regulations and expenditures.

“Many people think of the public service as bureaucracy and red tape, but they don’t always understand what we do,” she said during her time at Treasury Board. “It’s an amazing opportunity to have an influence on your country. The idea that a foreign-born adult could come to a country and end up with this job would not happen anywhere else.”

Baltacioğlu resides in Ottawa and serves on the boards of the Institute of Corporate Directors and Hydro Ottawa. She is a professor at the University of Toronto’s Munk School of Global Affairs and Public Policy.

“I would like to thank our community for all the excellent nominations, and especially the members of the Committee on the Selection of the Chancellor for their work and their wisdom through this important process,” said Bacon, who served as chair. Members were Chris Carruthers, Andrea Chandler, Gina Courtland, Dana Dragonoiu, Amanda Goth (secretary), Nik Nanos, Alaine Spiwak and Jerry Tomberlin. 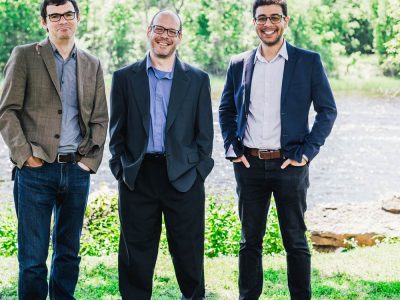 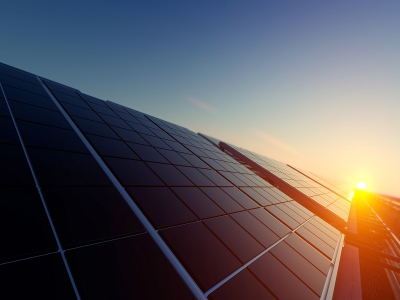 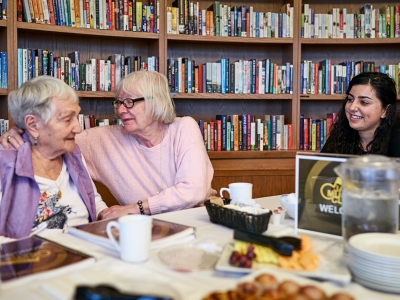 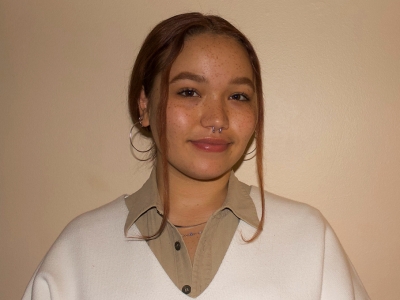 Sociology undergraduate student Felicity Hauwert is one of just 10 students in Canada to receive the 2021 3M National Student Fellowship Award. The recognition is given to students who have demonstrated outstanding leadership, both in... More