Spread over a month and a half and split into seven phases, the long and arduous election process in India has drawn to a close.

Now, the country and the world waits with bated breath to find out who will control the destiny of the world’s largest democracy for the next five years. Results are expected on May 23.

Incumbent Prime Minister Narendra Modi’s far-right Bhartiya Janata Party (BJP), and the National Democratic Alliance coalition (NDA) it leads, is seeking a second term, while the opposition, led by the long-ruling Indian National Congress Party, is looking to unseat the Modi government, in alliance with a host of smaller parties.

Exit polls are predicting a comfortable second term for the Modi government. The BJP-led NDA coalition is expected to emerge victorious, though the BJP on its own is expected to fall short of the magic number required to form government (272 out of 543).

Given India’s fragmented politics and first-past-the-post electoral system, any single party obtaining an absolute majority has become a rarity. If the exit polls are proven wrong and the BJP and its allies fail to pass muster, the Congress, its allies, and possibly other regional parties will have a chance to cobble together a coalition government.

Modi and his party campaigned on a plank of nationalism and national security rather than on their governance record. The prime minister found a strong emotional issue ahead of the polls with the February 2019 terrorist attack in Kashmir on a convoy of Indian security personnel. The attack was perpetrated by a Pakistan-based Islamist militant group, and resulted in the deaths of 40 paramilitary soldiers.

After losing elections in key states like Rajasthan, Madhya Pradesh and Chhattisgarh in November 2018, the BJP’s stock was sinking and the Congress Party seemed to be on the upswing. The terror attacks, India’s subsequent retaliatory airstrikes into Pakistani territory and the safe return of Indian army personnel played well into the narrative of the shared victimhood of Hindus — the belief that despite being an overwhelming majority, the survival of Hindus is at risk. This victimhood comes with an accompanying need to assert dominance over minorities, primarily Muslims.

The Modi team has carefully and quite successfully cultivated this belief among India’s majority Hindus. A strong prime minister from a Hindu nationalist party who will stand up to enemies, both within and outside the country, offers a winning proposition in this backdrop.

This also fans the flames of poisonous religious nationalism, minority-baiting and aggressive anti-Pakistan posturing. This is the narrative the BJP has relied upon in this election.

From development to nationalism

The Modi government is hedging its bets on the Indian electorate being swayed by pride and communal passion rather than by real issues of economic growth, poverty, inflation and unemployment.

Pre-poll data from a number of states indicate a consolidation of majority and minority votes across opposing political fronts. This has recently earned Modi the moniker “India’s Divider in Chief” in Time magazine.

In 2014, Modi rode a popular wave to power backed by Indian big business and the urban middle class who put their aspirations behind the call “Sabka Saath, Sabka Vikas,” which means “together with all, development for all.”

The promise was to revive India’s economy, remake its creaking infrastructure and clean up pervasive corruption. That 2014 campaign narrative of inclusive economic reform has given way to a slate of emotive issues in 2019, and a widespread yearning for change among India’s middle class in 2014 has given way to bitter polarization.

While Modi is still loved deeply in many parts of India, he has also developed a sizable chunk of detractors, leading to an acrimonious campaign full of sharp differences of opinion, vicious personal attacks and political violence in parts of India.

The Congress Party campaigned on the failures of the Modi government and its unfulfilled promises on job creation, boosting farmers’ income and finding and returning black money, undisclosed foreign income that’s stashed abroad. It focused on Modi’s botched policy initiatives, including demonetization and GST. It attacked crony capitalism and the slow and steady denigration of India’s constitutional institutions and its secular fabric.

Though the Modi government publicized a number of signature economic initiatives and welfare schemes, there is a widely shared sentiment, both among analysts and voters, that the long-standing economic and social problems of the country haven’t been tackled to any great extent, despite the skillful and propagandist use of mainstream and social media by the Modi government.

If the exit polls are to be believed, however, the Congress Party and the rest of the opposition have failed to adequately expose the shortcomings of the Modi government and to harness that popular frustration.

Although the image of Rahul Gandhi, who comes from a family of Indian prime ministers, as a national leader and potential prime minister picked up some steam through his spirited campaign, the Congress Party as a whole seems to have failed to offer a viable national alternative to the BJP.

In a number of states, the Congress Party was unable to cement critical alliances with regional parties, and in others, the Congress organizations were immersed in factional fights.

Whoever wins this election and forms the government will have a daunting task at hand. India has about 600 million people below the age of 25 — more than any other country in the world — who are looking for quality education and secure employment.

Despite the recent progress, millions of Indians still remain mired in poverty and reported cases of violence against women are on the increase.

India’s democracy, though always messy, fractious and unwieldy, seems to be on a new boil. Key constitutional institutions like the Supreme Court and the Election Commission, and democratic practices in general, need to be strengthened and nurtured. The smouldering cauldron of religious polarization needs to be deftly doused to instill confidence in minorities and diverse regions.

The patriotism of the majority population, meanwhile, needs to be subtly managed away from assuming jingoistic proportions. It should be prevented from becoming the chief determinant of India’s domestic and foreign policy. 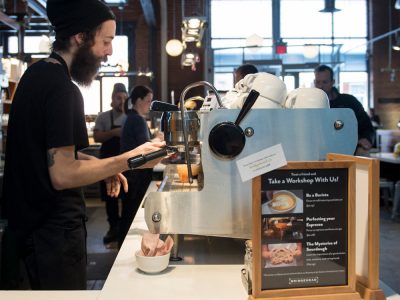 From the Faculty of Science’s Eureka! magazine. Artisanal bread is baking, fermented kombucha tea is being bottled and fresh coffee beans are spilling from the roaster with the rat-tat-tat of a hailstorm on a tin... More 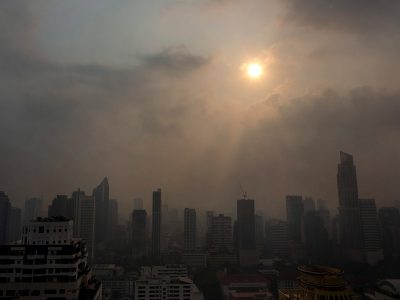 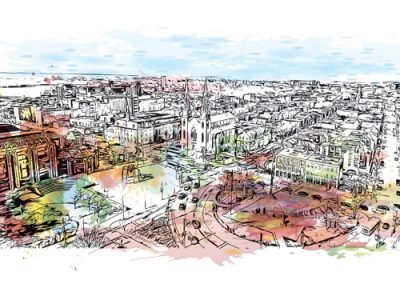 What is the contribution of the built environment to a healthy city and conversely, to the rise of an unhealthy city? That was the topic discussed during a Healthy Cities event hosted by the Faculty... More 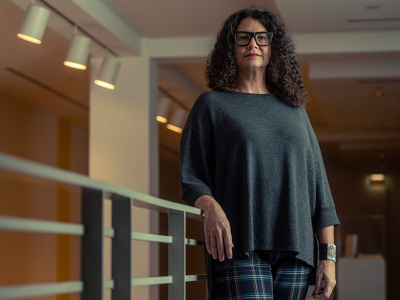