Looking at the world around us, it’s not hard to spot the influence that information technologies have on our daily lives. From the smartphones in our pockets to the entertainment we consume – even the cars we drive – technology has evolved in a manner that transcends disciplines and impacts each and every one of us.

Last September, as part of Carleton’s Throwback homecoming celebration, the Faculty of Engineering and Design hosted a special panel discussion with leaders of industry on the role that information technologies play in redefining business. While the event highlighted how evolving technologies offer both opportunities and challenges for the future of industry, it also showcased how Carleton’s engineering graduates are in on the ground floor when it comes to evolving industries. 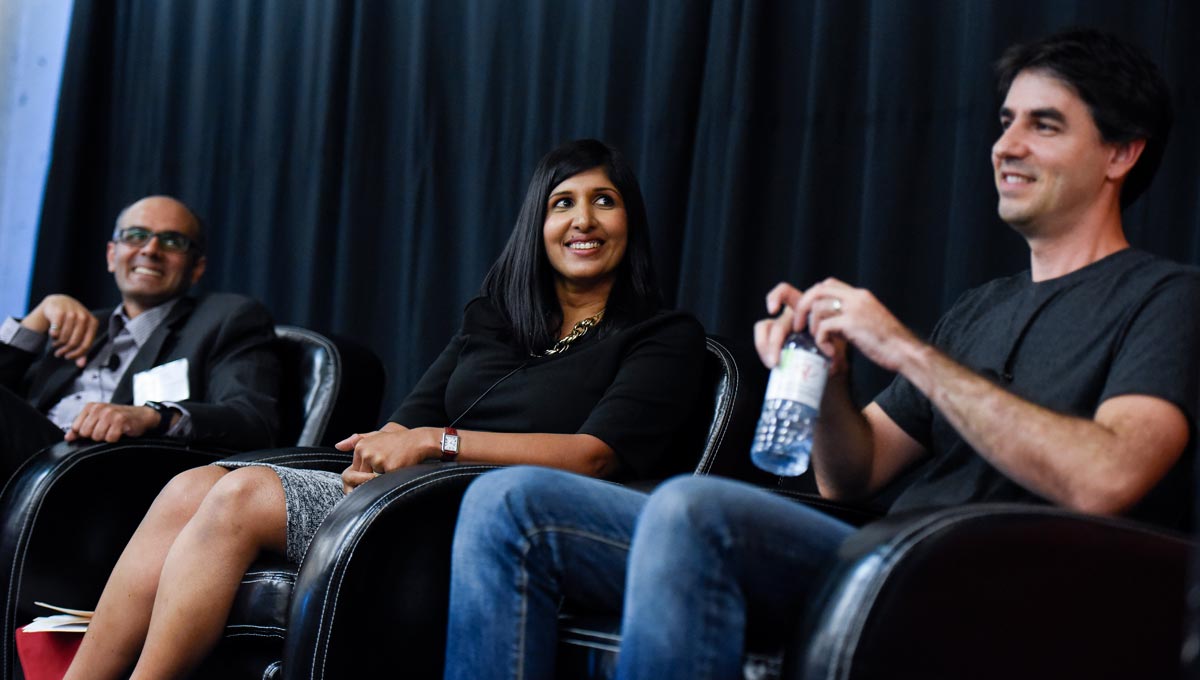 Technology and Transportation are at the Forefront of Evolving Industries

Aerospace Engineering alumna Gita Ravindran (BEng/01) focuses on evolving the relationship between technology and transportation at General Motors Canada. As a Technology Planning Manager, she is helping GM Canada work toward its goal of owning the customer relationship beyond the car. 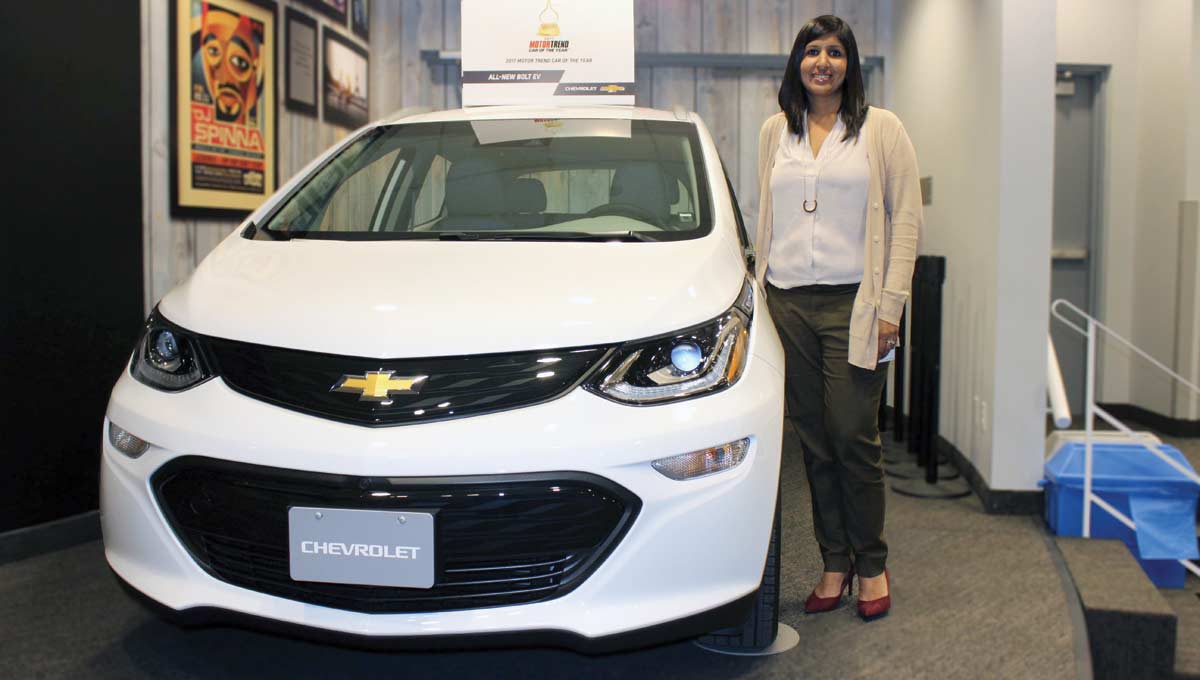 “With nearly three million Wi-Fi-connected cars already on the road today, connectivity has become a key technology enabler,” she says.

“GM now has more 4G LTE (long-term evolution) connected vehicles than any other automaker, which will allow us to produce personalized vehicle features and enhanced experiences both inside and outside the car.”

Before being hired by GM Canada in 2011, Ravindran spent nearly a decade working in robotics as a systems engineer at MDA Robotics and Automation, a role in which she supported the European Space Agency, the Canadian Space Agency and NASA by leading space exploration studies and the development of planetary rover prototypes. While ultimately shifting gears by joining GM Canada, she once again finds herself in an industry that is exploring uncharted territory.

“The auto industry is undergoing a transformation unlike any other throughout its history,” she explains.

“Disruptive technologies within the sector are enabling the growth of markets that had previously not existed.” 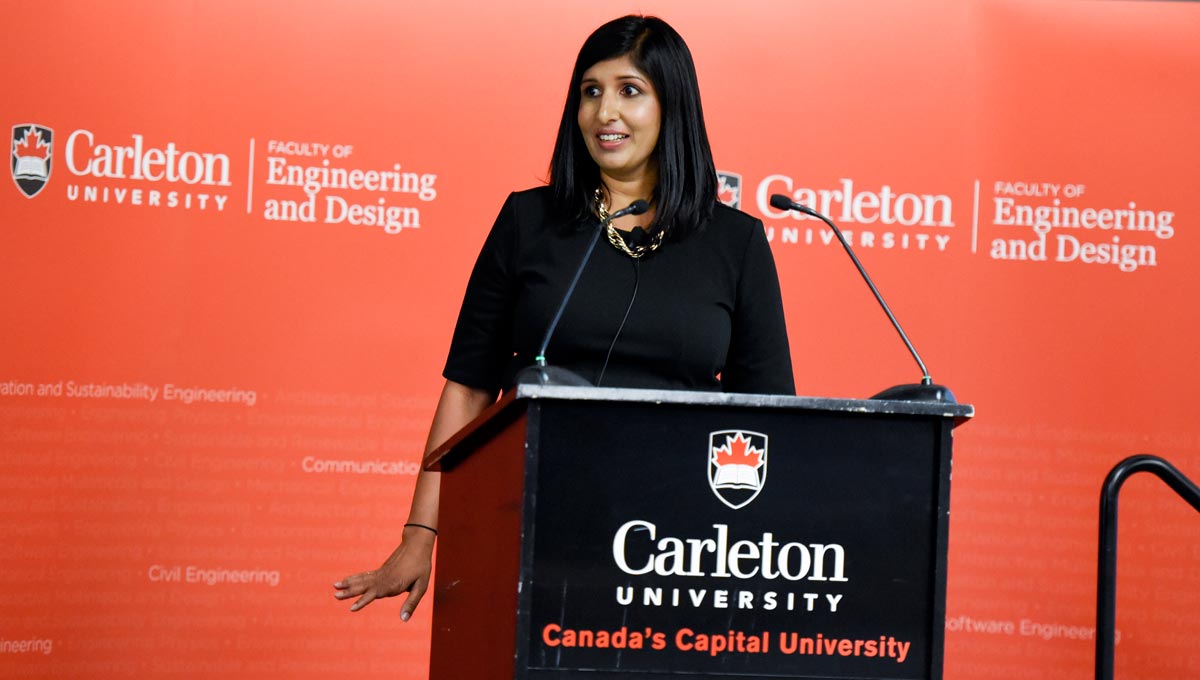 This past June, GM Canada announced it would be expanding its engineering centre in Oshawa, Ont., particularly in the areas of connected and autonomous vehicle engineering and software development. With many of today’s high-end vehicles having over 100 million lines of code running their onboard computer systems, it’s no surprise that software advances are driving innovation within the industry.

It’s also not the first time GM has focused on connecting its vehicles. In 1996, the auto giant launched OnStar, the first advanced vehicle telematics system of its kind, which would later introduce hands-free calling, a service now ubiquitous throughout the market through Bluetooth-enabled vehicles. Its services have expanded to include additional safety and security features, such as automatic crash response, which uses sensors to predict the severity of a crash and potential injuries in order to dispatch the appropriate level of assistance.

Ravindran explains that GM’s heightened focus on information technologies is part of the company’s long-term plan to transform its business in order to support a future that will be increasingly electric, connected, autonomous and shared.

“We’re entering into markets that encompass innovations such as completely autonomous vehicles, multi-modal urban transportation, and the growing sharing economy,” she says.

“Expanding our ride-sharing infrastructure, for example, will allow more people to make use of something that would otherwise normally sit idle for 80 per cent of the day.”

While GM understands how it needs to continually adapt to remain competitive within the automotive sector, other evolving industries have had to adjust their platform simply to stay relevant. 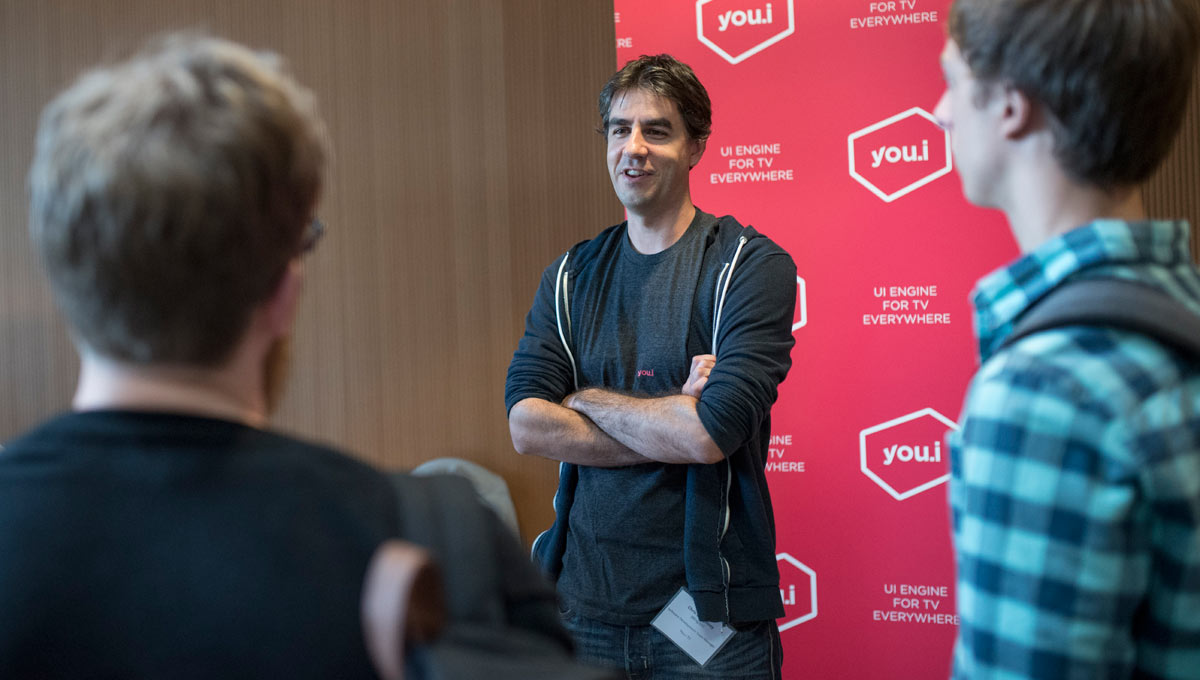 The Shift from Print to Digital Media

Carleton Engineering Physics (BEng/03) and Electrical Engineering (MASc/06) graduate, Adam Froimovitch, joined Texture in October 2013 as a senior software engineer. First launched in 2012 under the name Next Issue, the all-you-can-read magazine subscription service offers consumers an alternative to print by providing a diverse digital library through its smartphone and tablet app.

“What we produce is sort of a Netflix-like service for magazines,” he explains.

The overwhelming shift from print to digital media is a phenomenon that has been sweeping this evolving industry for the better part of a decade. Having seen a rapid decline in traditional readership and advertising revenue, many of today’s leading magazines have reduced or replaced their print issues in favour of offering more robust online content. 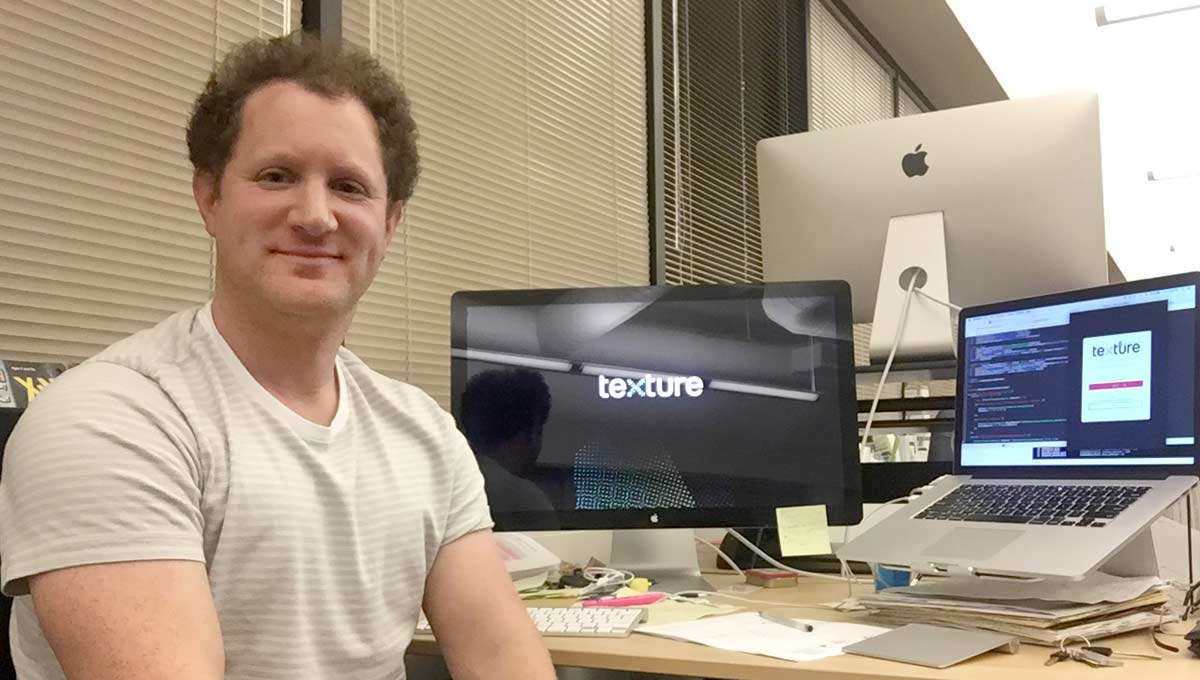 While many people prefer leafing through the pages of their favourite magazines, printing remains prohibitively expensive compared to its online counterpart. When it comes to reducing production costs and expanding market distribution, it’s hard to question publisher decisions to shift towards digital services such as Texture.

“In a world where people are constantly on the go, it only makes sense to have access to your content on as many devices as possible,” says Froimovitch. “Having access to a wide array of content at your fingertips and being able to binge-read is definitely a selling point for readers.”

An increase in digital subscriptions may have stabilized the industry, but there are also added benefits in transitioning to the online marketplace. Froimovitch notes how pushing out content electronically allows businesses to take advantage of new tools like machine learning, a mixture of software and math that provides computer programs with the ability to learn and adapt when exposed to new data.

“We’re looking to write programs that can, in a way, teach themselves,” he explains. “Software that can make inferences and recognize patterns can make its own decisions, such as recommending content to the reader.”

Froimovitch primarily works on developing the code that runs the Texture app on mobile devices such as iPads or iPhones – building out new features and working with the back-end and data teams. While he didn’t study software engineering at Carleton, his undergraduate and master’s programs included courses in software, helping to lay the groundwork in a subject he feels has become essential to every business.

“It’s become a door to virtually any industry and it’s something that everyone should be familiar with in today’s landscape.”

In the end, Froimovitch believes the future of business is directly connected to the user experience and that it should be dynamic enough to shift alongside consumer interests.

“It’s important for a product to be flexible,” he says. “That’s why we design things in a manner that’s scalable and that we can change easily in the future if needed.” 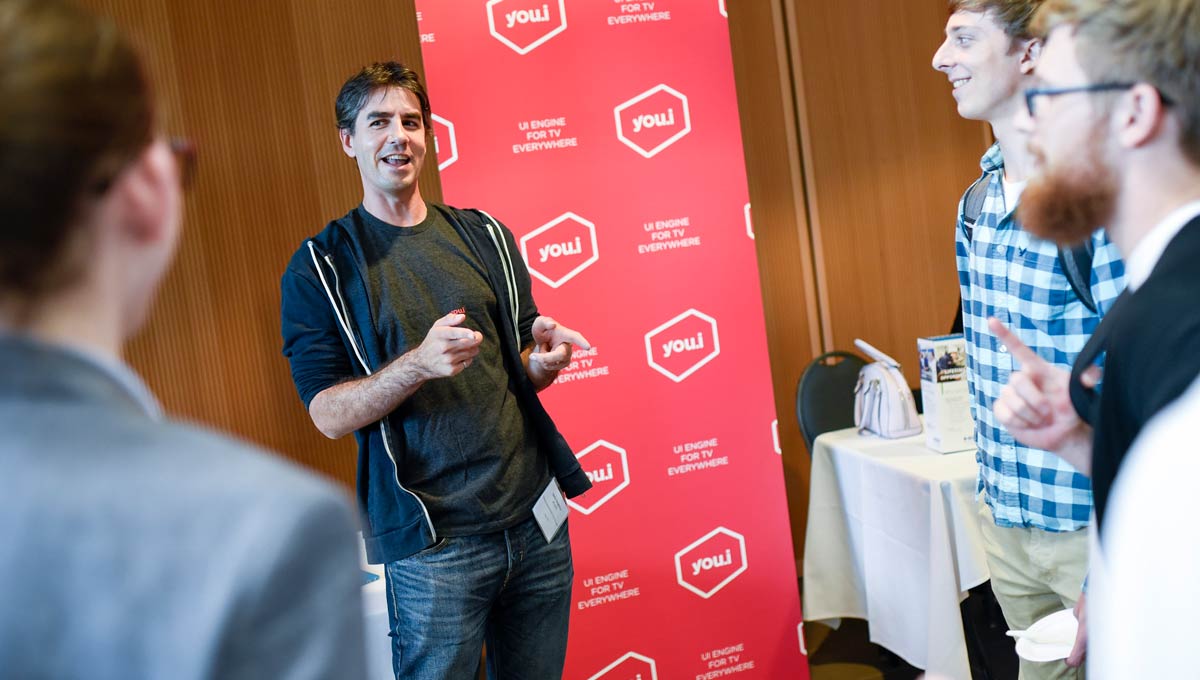 Streaming Video One of Many High Profile Evolving Industries

As you might expect, Texture is not the only player involved in rethinking entertainment distribution. Systems and Computer Engineering graduate, Chris Coughtrey (BEng/01), works as a Software Development Team Lead at You.i TV, whose flagship product, You.i Engine, enables companies to create custom-branded experiences across devices such as televisions, game consoles, smartphones and tablets.

“We’re using our engine to help solve the problem of the fragmented living room,” he explains. 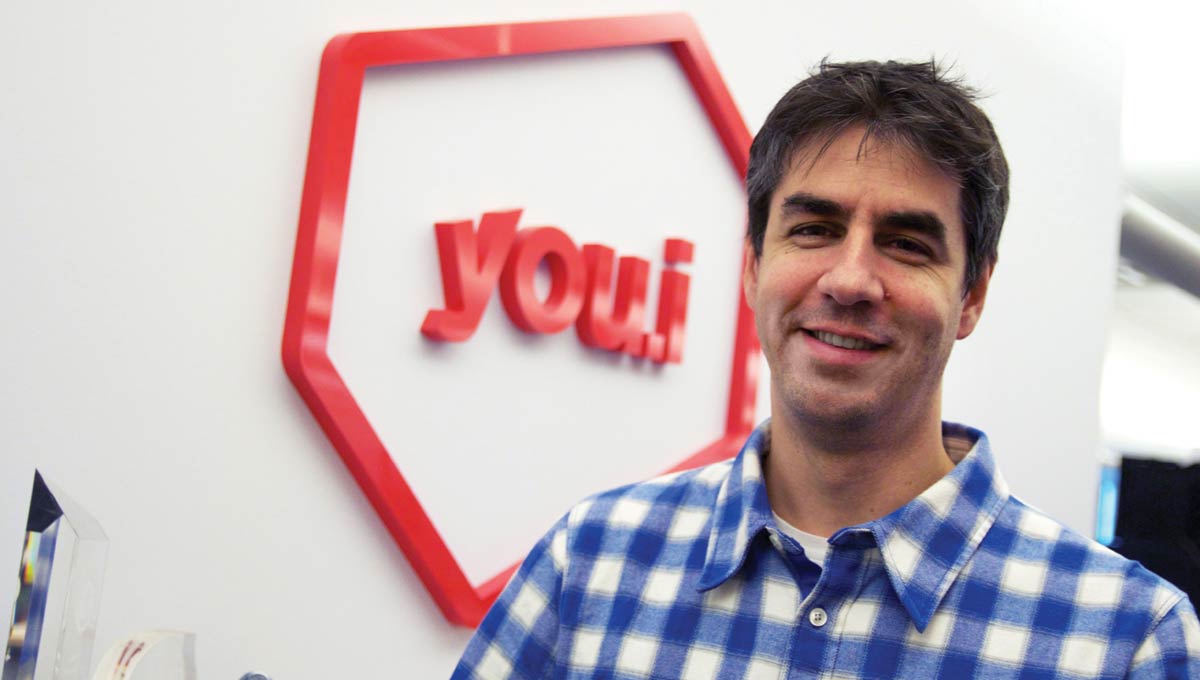 “By using a single code base to power a variety of video streaming applications, we’re helping media and entertainment companies find new ways to deliver content to customers.”

With a growing number of consumers choosing to make the switch from traditional cable to streaming services every year, Coughtrey admits the industry has come a long way since his time at Carleton.

“When I was at school, cable television used to fill all of my entertainment needs,” he says. “There weren’t a lot of other options available.”

Fast-forwarding to today, Coughtrey has a five-year-old son who rarely watches anything through the cable box, instead opting to stream content through his dad’s PlayStation or iPad. This kind of shift in viewing habits has become a significant issue for traditional broadcast entertainment companies, whose core infrastructure is no longer reaching a growing sector of the market.

“It’s a problem that didn’t exist while I was here at Carleton,” he says. “With large-scale media distributors looking to expand into previously unknown territory, we’re constantly working with new platforms and pushing the boundaries of what we can do on each of them.”

Coughtrey compares You.i TV’s engine to that of a video game, citing the example of how publishers behind “Triple-A” titles, which have the highest development budgets and levels of promotion, need to offer a uniform and timely experience in order to maximize their reach and success.

“Something like NHL 17 doesn’t ship in August on the PlayStation and in December on the Xbox,” he explains. “That game has to be available on the same day on every platform. Our engine allows us to do exactly the same kind of thing for media brands.”

While Coughtrey’s team focuses on the functionality aspect of You.i TV’s engine, he believes designing the right user interface is just as important.

“We deal with companies that contain many brands which are, in essence, polar opposites,” he explains. “Apps based around children’s programming don’t look and feel the same as those featuring crime dramas or reality television because they have completely different audiences and ways in which they want to interact with consumers.” 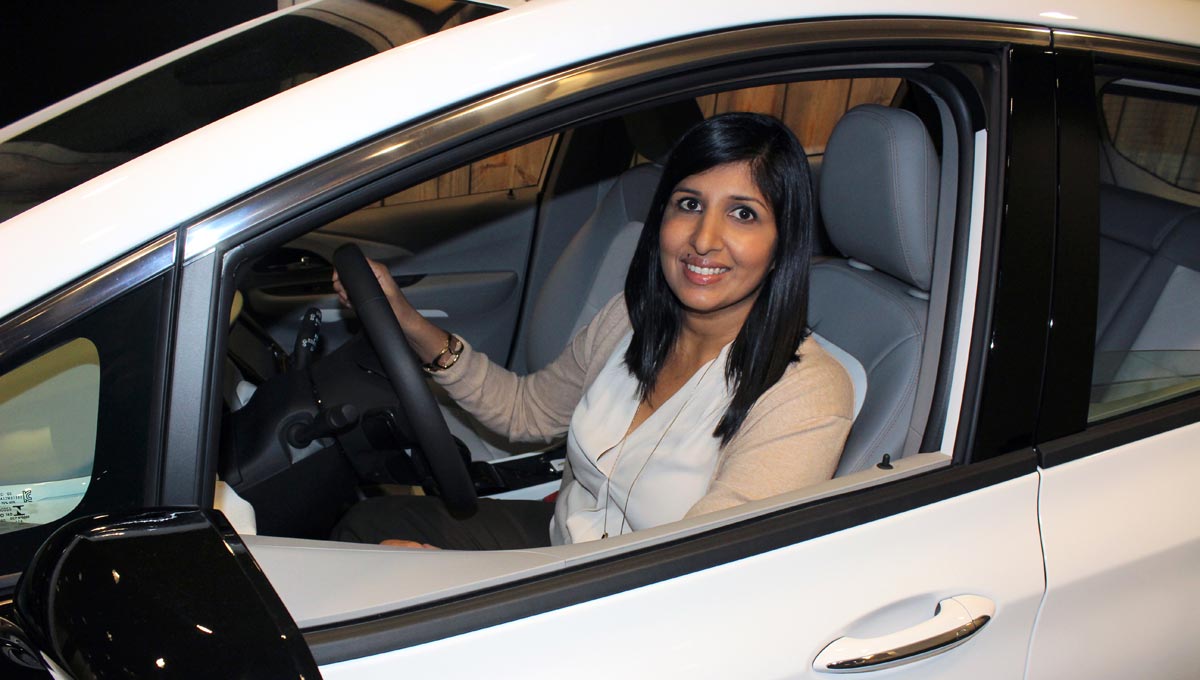 Having previously worked on creating a new operating system for BlackBerry before joining You.i TV, Coughtrey also understands the need for industry leaders to explore new ways of reaching customers or risk falling behind. While recognizing that many companies have invested immense resources to develop the systems that enabled them to be successful, he believes businesses shouldn’t hesitate to rework or replace outdated or so called “legacy” software if it no longer suits consumer needs.

“The reality is that all computer systems will eventually become legacy software,” he says.

“The next big thing is always just around the corner and sometimes businesses need to take a look at their core technologies and answer the hard question of which elements are still relevant and which might be holding them back.”

Looking back at his experience at Carleton, Coughtrey also explains that today’s students shouldn’t overwhelm themselves by thinking they need to know everything about the newest technologies upon graduation.

“At this point in our society, there are always going to be new technologies that will emerge and alter the playing field,” he says. “We can’t always predict where industries are headed, so the most important thing you can do is ensure you’re developing the tools you’ll need to adapt to the future.” 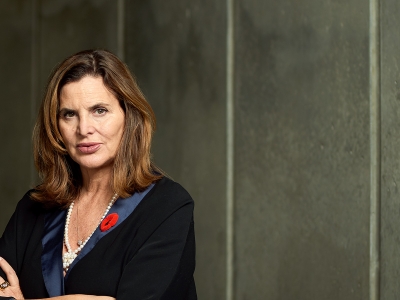 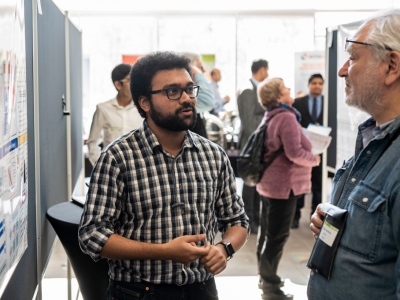 Although global competition is fierce, Canada is poised to lead in the field of artificial intelligence (AI). Anil Arora, Chief Statistician of Canada, is convinced that if it can come to a consensus on safeguards... More 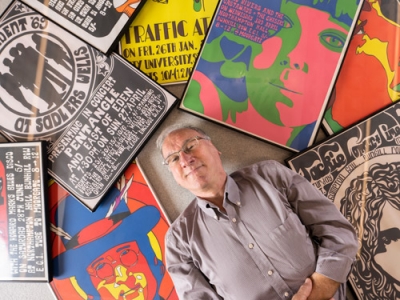 In the late 1960s, universities in the United Kingdom were a hotspot for rock bands. An alternative venue to nightclubs, university stages were a platform for bands in their infancy, propelling some of them to... More 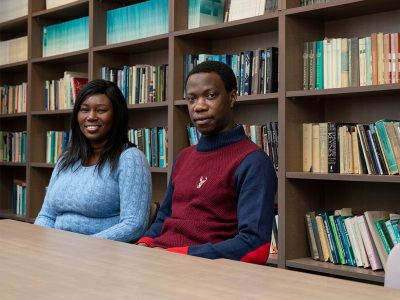