In October 1945, when a fledgling Carleton College launched Canada’s first Bachelor of Journalism degree, the program focused on both the practical skills of the craft and a broad education in the social sciences, history and literature.

“Education for journalism must provide general social intelligence, specific knowledge of social, fiscal, industrial and political problems, and comprehension of the responsibilities of the writer to society,” the Ottawa Journal noted in June 1945.

A couple months later, the Saskatoon Star-Phoenix reported that “staid seats of learning” were finally paying attention to “the people who give the adult population of Canada its news and information,” a profession previously “just beyond the pale of their recognition.” 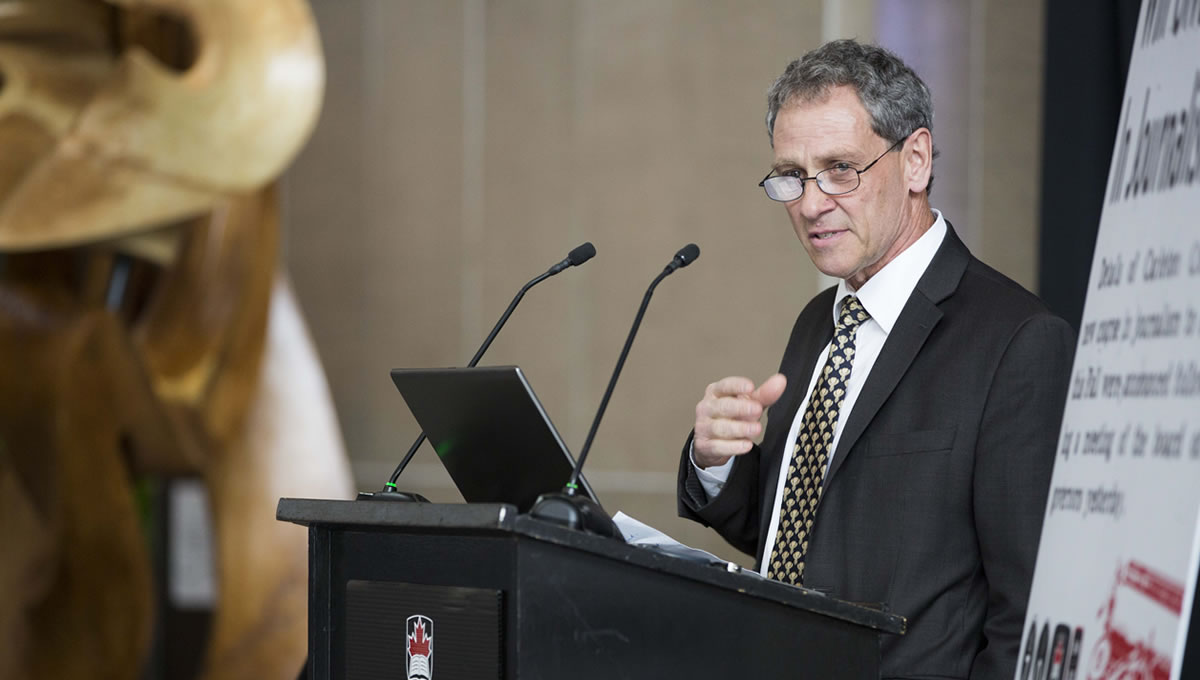 A night school extension course had started the previous fall. But at the urging of the senior public servant in charge of educating Canada’s veterans after the Second World War, Carleton’s founding president Henry Marshall Tory pushed to create a degree program “to provide opportunity and security to the young men and women who have set aside their peacetime pursuits in order to remove the threat to human liberty,” according to the Vocational Guidance Journal.

Although seven decades have passed, and what started as a college has long been a university, the program’s founding principles remain at the core of a journalism education at Carleton. And they continue to serve students well, despite the rapid and revolutionary changes underway in Canada’s media industry.

“You need to have that broad understanding and knowledge to produce the kind of quality journalism that enriches our public conversation,” says Susan Harada, associate director of Carleton’s School of Journalism and Communication and head of the journalism program. “You can’t do that if all you’re learning at university are the tools of the trade.

“It’s a noisy world,” she continues, “and we need journalists who can cut through the clutter to provide context and analysis. Students need to have core skills, such as storytelling, across media formats. That has never changed.”

The journalism program has evolved, however, to reflect today’s increasingly digital landscape. Technology upgrades, including new state-of-the-art TV and radio studios, were part of the 2012 move into the River Building. And courses on new media reporting and data journalism have been added in recent years.

But these are more than “tools” classes, says Harada. “There’s always an underpinning of journalism.” The data course, for example, helps students understand how to parse a spreadsheet and find the story hidden in all that information.

Former student Inayat Singh landed a job as a data journalist at the Winnipeg Free Press. Recent grad Arik Ligeti is a digital editor at the Globe and Mail. 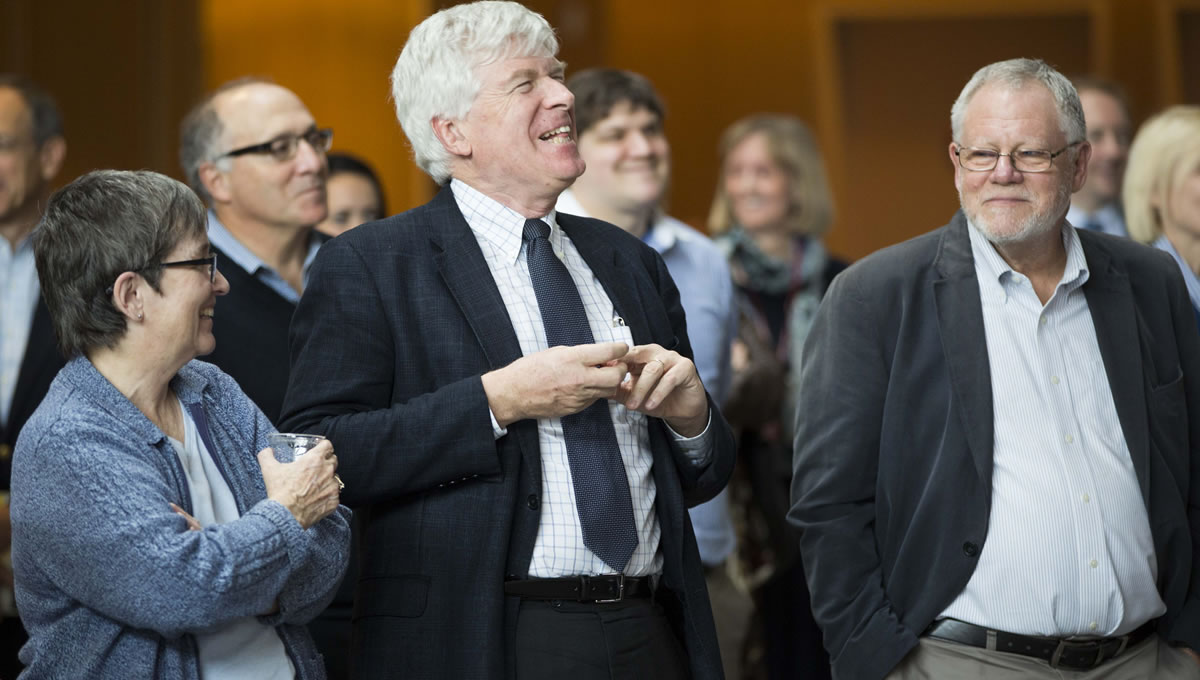 Students are still drawn to established media brands, says Assistant Prof. Randy Boswell, who teaches a fourth-year lecture course — Journalism Now and Next — that explores the multitude of economic, technological, political and ethical issues facing the profession. But they often end up with “new wave” jobs.

Emma Loop, who graduated with a Master of Journalism in 2014, was on contract at the Ottawa Citizen where she worked on the newspaper’s mobile app before being hired in June as a political reporter at startup BuzzFeed Canada.

“My generation grew up with the Internet and social media,” says the 25-year-old. “We get how a lot of these technologies work. We don’t really need anybody to teach us how to live Tweet an event, although pointers on doing this as a journalist help. But the basics of reporting are more important than ever.

“Being able to talk to people and find credible sources of information is paramount. Being able to tell stories with images — that’s incredibly important. It’s the foundation.”

Loop and many of her peers credit Carleton’s journalism internships with helping them make connections in the profession. In the thick of covering the federal election campaign, she considers other aspects of her university experience – the rush of deadlines, managing multiple stories — great training as well.

“The value of this degree is quite evident, and not only within journalism,” says Harada. “Employers recognize skills such as knowing which questions to ask, an ability to write, to be articulate, to be able to quickly understand and put your finger on the heart of a story.”

Journalism is different than many other undergraduate programs because classes tend to be small and students have a lot of direct interaction with professors, even in first year, says Boswell, who graduated from Carleton with a Bachelor of Journalism in 1989 and went on to write for the Ottawa Citizen and Postmedia before starting to teach full time in 2012. “That was a very valuable experience for me,” he says. “For an undergraduate, it’s exceptional.”

Although Boswell was destined for a career in print, he took classes in television and radio reporting, and those lessons came in handy when he had to start doing video work. “It wasn’t an alien concept,” he says. “I could recall and build on the training I received 20 years earlier. 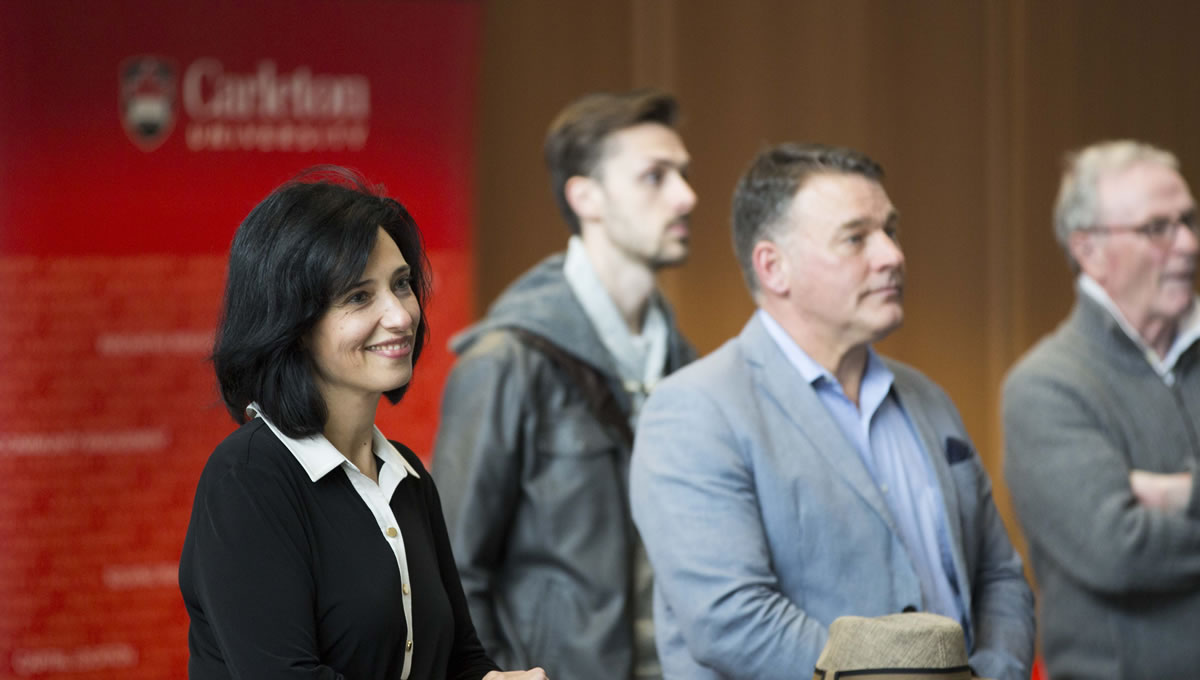 The media industry’s overarching concerns — such as finding new revenue models for the news business — aren’t a day-to-day issue for journalists. These concerns are part of a bigger set of changes sweeping many industries, says Boswell. Professors and students talk about these challenges, and journalism school administrators try to be responsive to trends in the industry, but they have made small adjustments to the program instead of a complete overhaul.

“We want students to be aware of the forces shaping the industry,” says Boswell, “and to be nimble as they try to find a niche in this turbulent environment.”

Robyn Bresnahan, the host of CBC Radio’s morning show in Ottawa, graduated with a Bachelor of Journalism in 2001 and still thinks back to her journalism school experience.

The importance of not making factual errors and of following an ethical code has stayed with her. Encouragement from professors such as Mary McGuire, who helped Bresnahan sell a documentary about her roommate’s terrible singing to a national CBC program, gave her the confidence to believe she had a place in this industry. And coming from a small town in Alberta, the broad education she got at Carleton opened the doors to a wider world.

“I recall thinking: I’m at a university!” says Bresnahan, who worked at the BBC in London before moving back to Canada in 2011. “That’s what I had been dreaming about.”

A reception was held in the River Building on Friday, Oct. 9 to mark the 70th anniversary of the first journalism class at Carleton. More commemorative events are planned for next year, including a celebration honouring the first graduating class.

Wanted: Truth-seekers, change-makers and storytellers for the digital age

Join Us At Carleton – The Top Journalism School in Canada 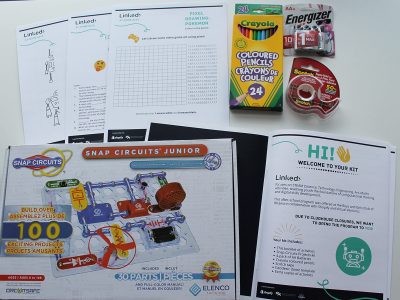 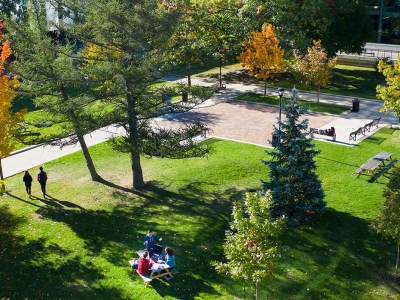 Five undergraduates and one graduate student have won the inaugural Summer 2021 Carleton University Student Equity, Diversity and Inclusion (EDI) Research Awards. Their EDI-related research projects will be conducted through August in collaboration with faculty... More 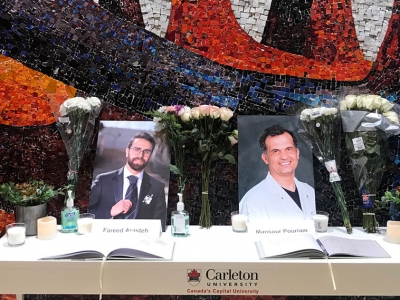 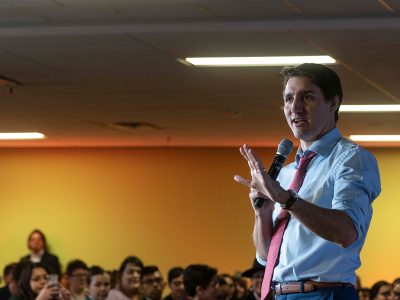