By Fahad Ahmad and Tarek Younis

On Sept. 25, the RCMP arrested Shehroze Chaudhry, a Muslim man, for allegedly fabricating his affiliation with the Islamic State group (ISIS). Chaudhry — popularly referred to by his supposed nom de guerre, Abu Huzayfah — had been the subject of numerous news stories since 2017.

Most notably, in 2018, Chaudhry was the focus of Rukmini Callimachi’s award-winning New York Times podcast, Caliphate. In it Chaudhry provided graphic details of his role within ISIS, the veracity of which is now being questioned. Chaudhry had previously been interrogated about his involvement with ISIS by Canadian national security agencies but was not charged.

Nevertheless, Callimachi’s misleading reporting at the Times prompted debates in Parliament, raising fears about an “ISIS terrorist” and “despicable animal … freely walking the streets of Toronto.”

The ensuing media attention fed into panic about the risk posed by returning “foreign fighters,” individuals — mainly Muslim women and men — who travelled to Iraq and Syria to support ISIS.

In response to the Times podcast, the Canadian government reversed plans to repatriate Canadian foreign fighters and their families detained in Kurdish-controlled Syrian prison camps.

Callimachi’s gaffe is a symptom

Chaudhry’s case has raised questions about the abruptness of his arrest, the merit of a terrorism hoax charge, the substantial role of the media in the War on Terror and Canada’s obligations to its citizens, including 26 children, held in Syrian prison camps.

But the reporting and policy reaction to Chaudhry’s alleged falsehoods reveals a sociopolitical climate where a different standard is applied to the threat posed by Muslims. Chaudhry’s case is not an outlier, but rather a symptom of the system. Callimachi’s faux pas is then just another story of Islamophobia.

Edward Said introduced the concept of Orientalism to capture how western societies imagine and produce reductive and racist representations of Muslims and Arabs. Our research on national security policies in Canada and the United Kingdom suggests that Islamophobia informs and legitimizes an Orientalist approach in the reporting of Muslim terrorism suspects and produces racialized national security policies.

Islamophobia is more than hate

Chaudhry’s case reveals how Islamophobia operates beyond individualized instances of discrimination against Muslims. The view that Islamophobia is merely an “irrational fear of Muslims,” as a 2018 report by the House of Commons suggests, is simplistic and outdated.

According to legal scholars Reem Bahdi and Azeezah Kanji, Islamophobia “is historically rooted in Orientalism, draws on and perpetuates stereotypes about a Muslim propensity for violence, … is state-driven and persists through a dialectical process of private and state action.”

In our research, we outline how Muslims are racialized through the War on Terror: “appearance as well as expressions attributed to Muslim bodies and Islam are framed within a social order which sees these as backward, foreign and threatening.”

Rather than abstract disdain for Islam or Muslims, Islamophobia manifests as “concrete social action” by the national security industry, populist politicians, journalists, experts, think tanks and others who benefit from portraying Muslims as “inherently violent … alien and inassimilable.”

In this, any political movement connected to — or perceived as connected to — Islam is not only viewed as antithetical to democracy, but as a threat to democracy’s very existence. This Islamophobia was especially evident in coverage by Callimachi, whose success skyrocketed after the Caliphate podcast.

Islamophobia is useful to understand how the dangerousness and riskiness of Muslims is constructed.

First, Muslim beliefs and actions are thought to present the potential of regressiveness and violence. This establishes the basis of “good Muslim, bad Muslim”: Muslims are considered “good” if they integrate and continuously perform their role as model citizens. But their potential of becoming a “bad” Muslim — who could radicalize toward terrorism — is never fully eradicated.

Through this lens, despite interrogations by Canadian authorities and journalists, Chaudhry was presented as an ISIS terrorist before ever being charged.

Second, Islamophobia represents Muslims as “dangerous internal foreigners,” whose rights can be overlooked in the name of national security. This explains why Canadian Muslims in Syrian prisons are not even considered worthy of repatriation to stand trial.

Finally, the Orientalist framing of the bad Muslim is the basis of counterterrorism practice — and perpetuated by academic scholarship — reinforcing the status of Muslims as a “suspect community.”

The media in the War on Terror

Today, national governments, media conglomerates and security industries profit from the potential of catastrophe, and so perpetuate a present that is always “at-risk.”

News coverage plays a significant role in normalizing constant risk; counterterrorism and counter-extremism institutions rely on this to establish their legitimacy among the public.

The media’s role in advancing Islamophobia cannot be understated. Media narratives that portray Muslims in dehumanizing and violent terms establish public consensus about the danger of Muslims.

Incidences of terrorism by Muslim perpetrators receive more media attention and their motivations are linked to their ethnic and religious background. This feeds into a “moral panic” around Muslims, where media sensationalism and governments stigmatize Muslims as deviant and a threat to social and moral order.

Chaudhry’s case is not about an ignorant or irresponsible reporter telling a poorly fact-checked story. It is about the complicity of media and governments in vilifying Muslims to the point that it is reasonable to paint Muslims as terrorists before they ever stand trial.

Chaudhry’s alleged hoax — from its rise to an award-winning New York Times story to affecting Canadian national security policy — reveals a lot about Islamophobia today. This is the same Islamophobia that dehumanizes Canadian Muslims and casts them as potentially dangerous.

Ultimately, Islamophobia presents real harm to Muslims. It emboldens deadly anti-Muslim violence as seen in the 2017 Quebec City mosque shootings, the murder of Mohamed-Aslim Zafis and most recently the violent threats made against a Toronto mosque. 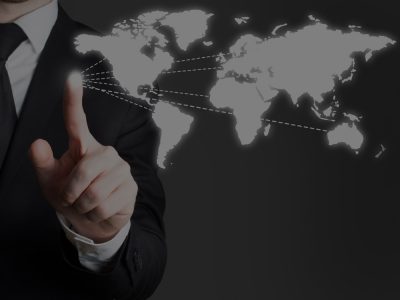 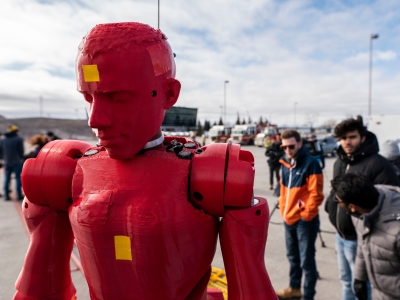 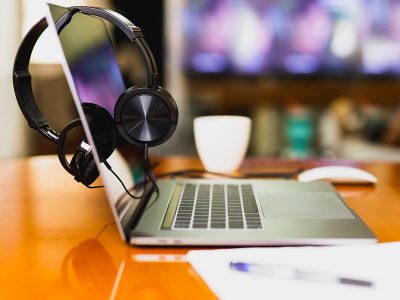 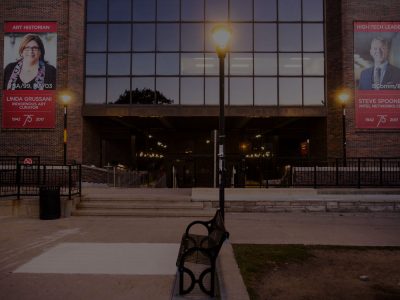