Human behaviour can get pretty dark, but there’s a science to understanding what drives it – and how it can be shaped. At Carleton University’s Department of Psychology, more than 40 faculty members and graduate students are applying scientific methods to some of society’s most persistent problems.

Here are some of their projects. 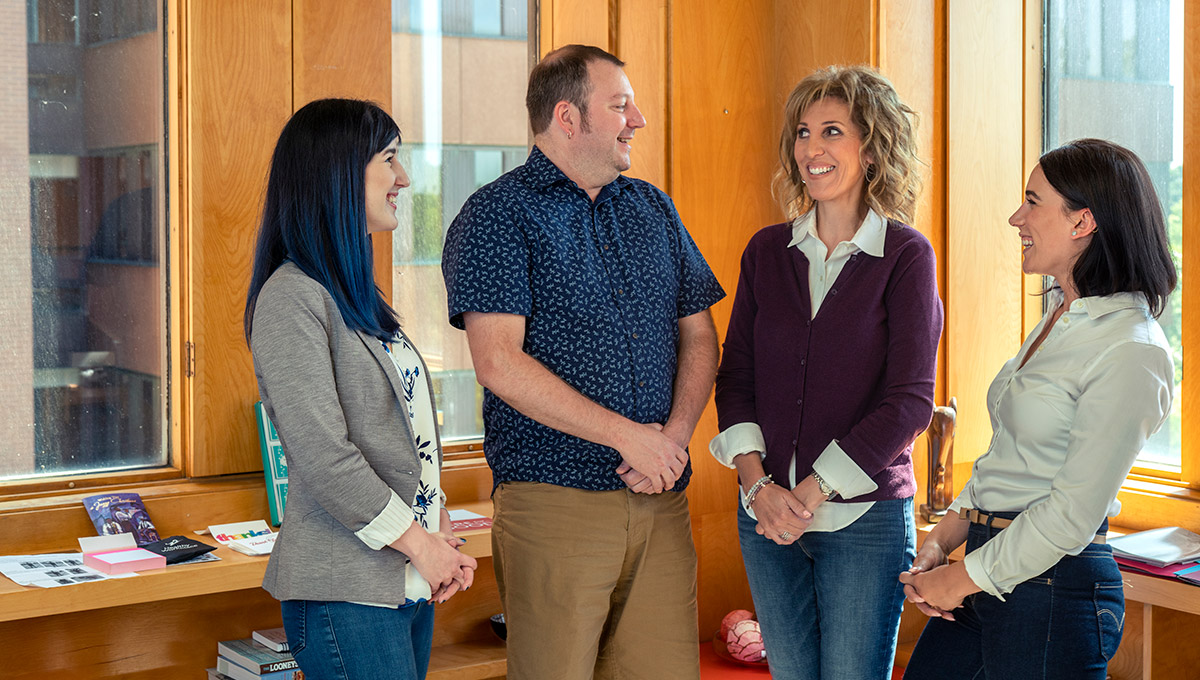 “It’s at the core of what we do. We don’t just think about ideas and then make a recommendation. We collect data, we test, we analyze and then we report back. When there’s enough data, we can make a recommendation, whether it’s to the criminal justice system, or some other external body that will have an impact on the lives of Canadians.”

Pozzulo is working to reduce wrongful convictions by ensuring police get the most accurate eyewitness identifications. Traditional police lineups – the ones you see on TV crime shows – don’t always result in accurate identifications. That’s especially true when children are involved.

“There is a common type of lineup procedure called a simultaneous lineup,” says Pozzulo.

“It’s what you typically see on TV. The lineup is shown to a witness, behind a one-way mirror. They identify the criminal. The problem is that witnesses usually pick out the person that looks most like the criminal, rather than making a hard decision as to whether it is, or is not, the criminal.”

Pozzulo is evaluating the effectiveness of a procedure that helps make identification more accurate for child witnesses – elimination lineups.

“You present a lineup to a witness in a simultaneous format,” she says.

“You never want to send an innocent person to prison for something they didn’t do, and you also want to make sure the right people are convicted so they can’t commit further crimes.” 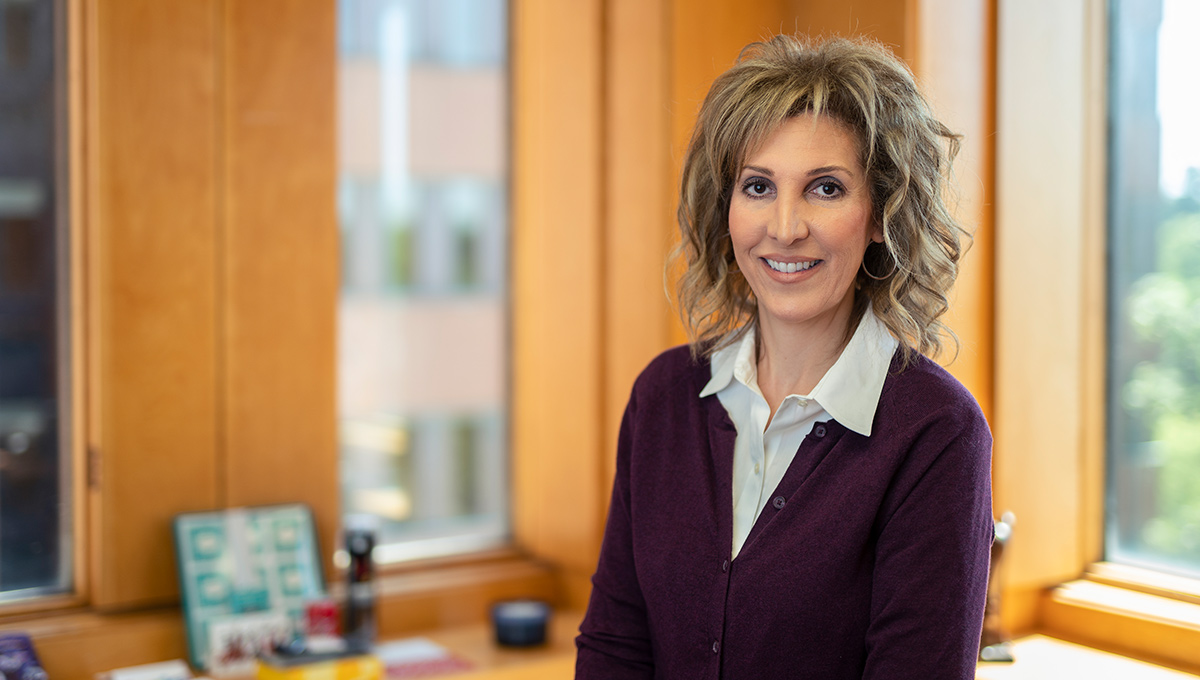 BBC’s Planet Earth is more than just a landmark television series that left viewers transfixed by the mating rituals of the bird of paradise. When people watch the series, they actually care more for the actual planet Earth.

“It can also make them behave in more sustainable ways.”

Some research participants were shown excerpts from BBC’s Planet Earth, while others watched a video about New York City architecture. Then they engaged in a fishing simulation.

Participants were virtually paid for each “fish” that they caught. They “fished” at the same time, creating the dilemma of whether to catch as many fish as possible as quickly as possible, or harvesting fewer fish and allowing stocks to regenerate.

“We found that when people were exposed to nature videos, they fished in a more sustainable way,” Zelenski says.

“People who watched Planet Earth were less likely to have their ‘oceans’ go extinct. It suggests that nature videos may have nudged people to be more co-operative.”

Zelenski doesn’t believe that watching Planet Earth is a direct path to sustainability. But it doesn’t hurt either.

“This tells us there could be some kind of connection in people’s minds. When you make nature salient, it changes people’s judgment in that moment. Long-term studies can tell us how spending more time in nature could change behaviours in lasting ways,” he says. 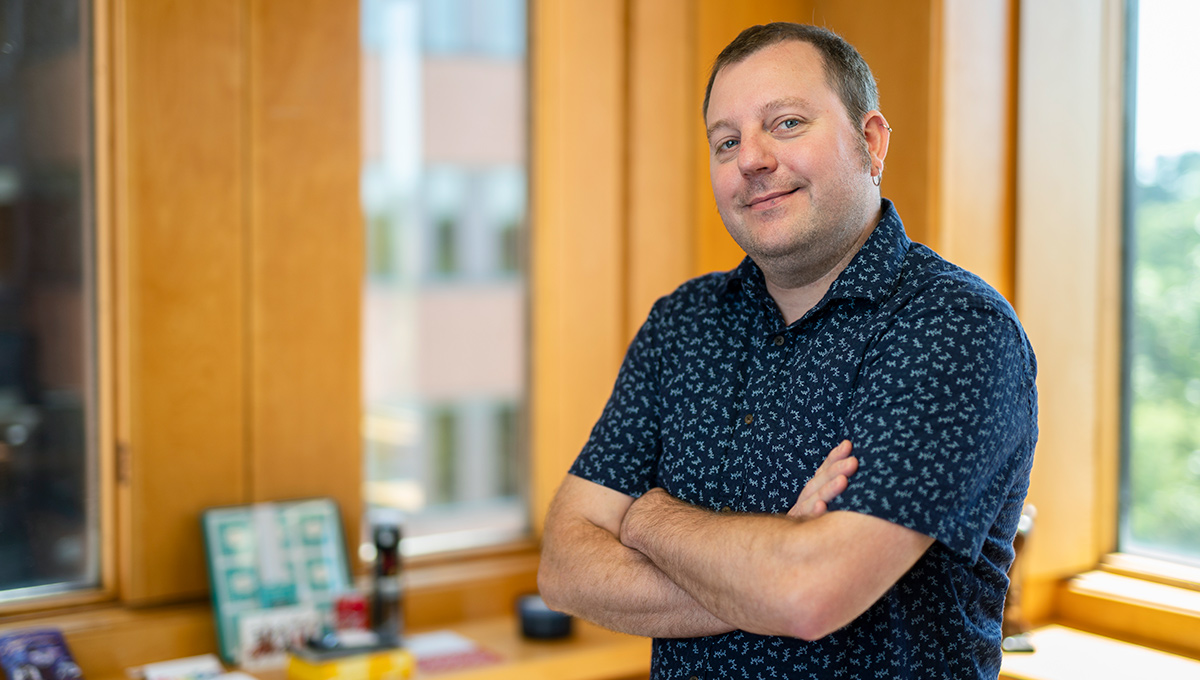 Melissa Salmon: Using an idealized past to forge a brighter future

When people battle addiction, they’re usually asked to focus on the promise of a brighter future.

But memories of a better past can be a powerful motivator too.

“We’ve found that the more nostalgic people are for who they were before they started gambling, the more likely they are to actually take action to change the behaviour,” says PhD student Melissa Salmon.

“My research compares the idea of the past versus the future. A lot of treatment asks people what their life would look like without an addictive behaviour – but the future is vague and can be scary. We’re looking at how that compares to looking at a past that was already lived. People have an idea of who they were — there was a time when their gambling wasn’t problematic.”

Salmon identifies people who already have nostalgia for the past and also works to create it.

“We tell people that gambling tends to change who you are: people’s values, a lot of things about themselves. We find that by telling people gambling can change you, people feel nostalgic in response. They weigh the problems they’re experiencing because of gambling against the problem-free life they had before.”

Salmon observed similar results with alcohol and cannabis users. She hopes the research will be applied to clinical settings, but her primary focus is on helping people help themselves.

“The rates of change are really low when people are engaging in addictive behaviours. Few people seek professional treatment, so we’re focusing on people engaged in self-directed change or using self-help strategies.” 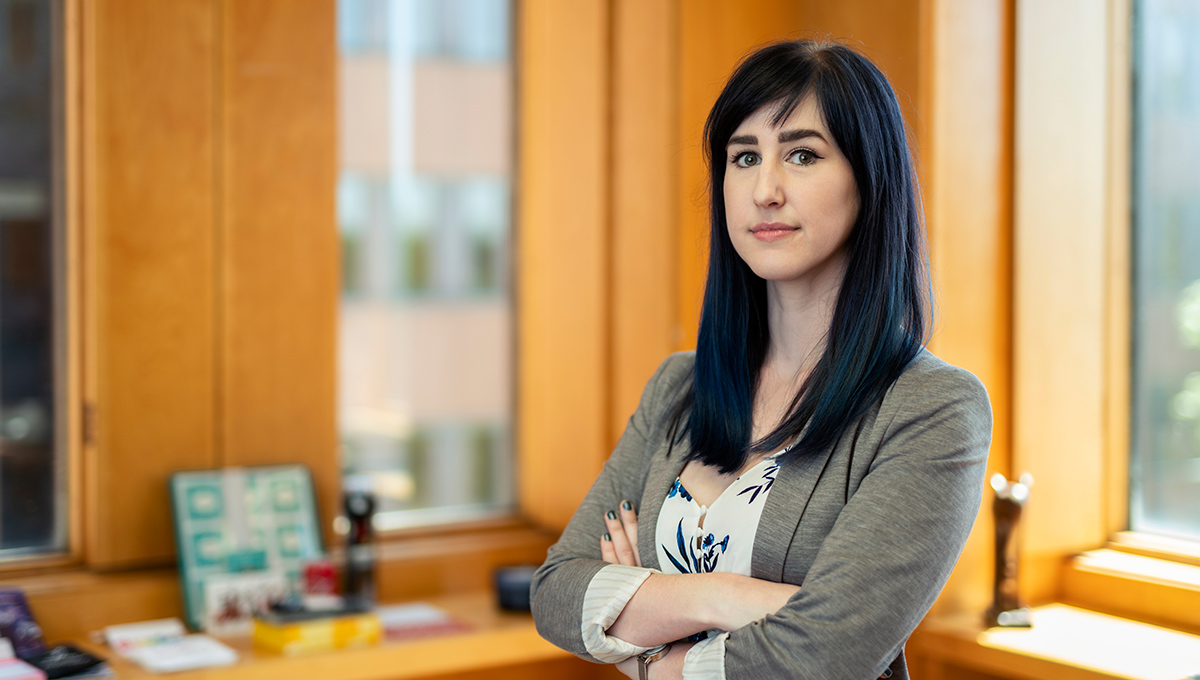 Mental health crises and encounters with police can end poorly – and most of us only give the intersection of the two any thought when things go wrong. But police encounter people in crisis every day and, most of the time, it doesn’t go viral.

“A significant portion of police responses involve a person in crisis,” says Tori Semple, a master’s student in forensic psychology.

“That can be someone who has a mental illness, is high on drugs, or is experiencing a situational crisis. These interactions are very controversial and sometimes have very bad outcomes.”

Mobile crisis intervention teams can help make encounters between police and people in crisis go more smoothly.  These teams pair police with social service workers. They accompany officers on calls with a mental health component, and Semple assessed the impact these teams had with the South Simcoe Police Service, which serves the communities of Innisfil and Bradford, Ont.

“We hypothesized that mobile crisis intervention teams would spend less time on each call because they’re better able to assess the problem and provide appropriate solutions,” Semple says. 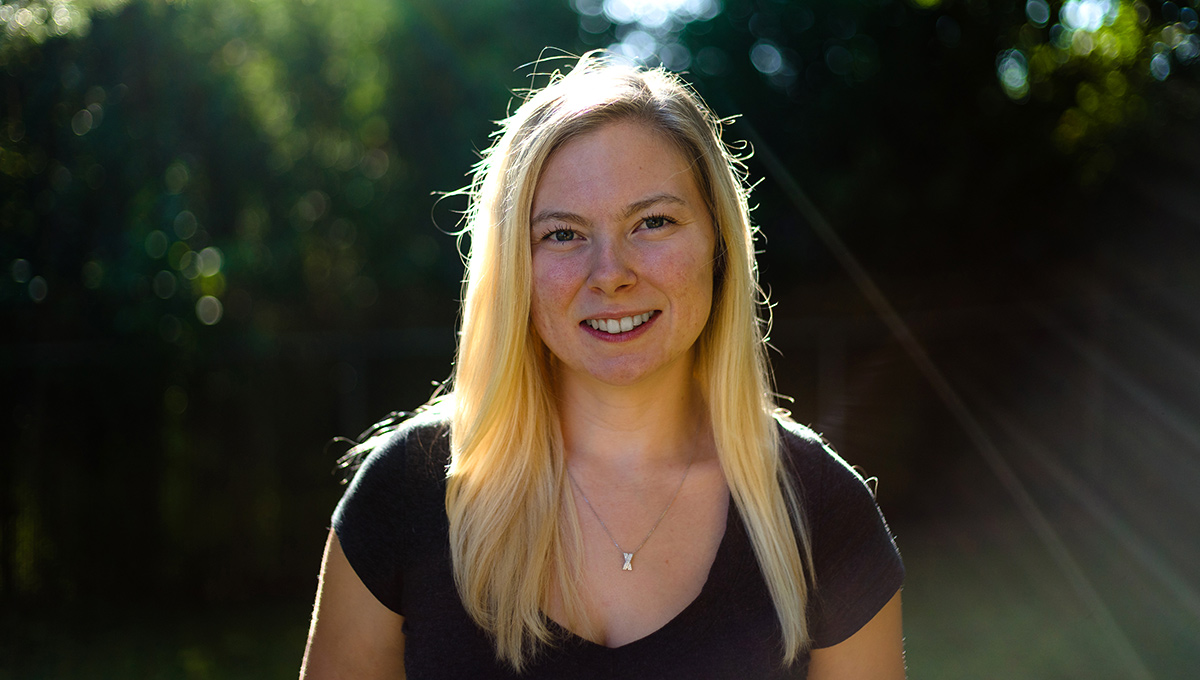 Criminal minds. In some ways, they’re not so different.

“Attitudes have been shown to predict behaviour,” says Chloe Pedneault, a PhD candidate in forensic psychology.

“With smoking, weight loss . . . but forensic psychology has mostly overlooked the types of attitudes that predict sexually aggressive behaviors. We’re working on bridging this gap.”

Pedneault is using persuasive messaging techniques to shape attitudes toward sexual aggression — and hopefully prevent it.

“I’ll be testing whether the manipulation had an effect on their scores on a scale that measures attitudes towards sexual aggression, and will be doing factor analysis to see if there are different underlying constructs driving responses,” says Pedneault.

“We’ll be looking at correlations in the real world — doing a regression analysis to see if their scores on the scale are associated with other indicators, like self-reported sexual aggression.”

Pednault is still quantifying results, but plans to have at least one measure administered to sex offenders.

“There are a couple of clinicians who have expressed interest in including the measure in a test battery. The aim is to test the role that attitudes play (if any) in sexually aggressive behaviour.

“If attitudes are found to increase sexual aggression, persuasive messaging techniques could become part of the clinical treatment of sex offenders.” 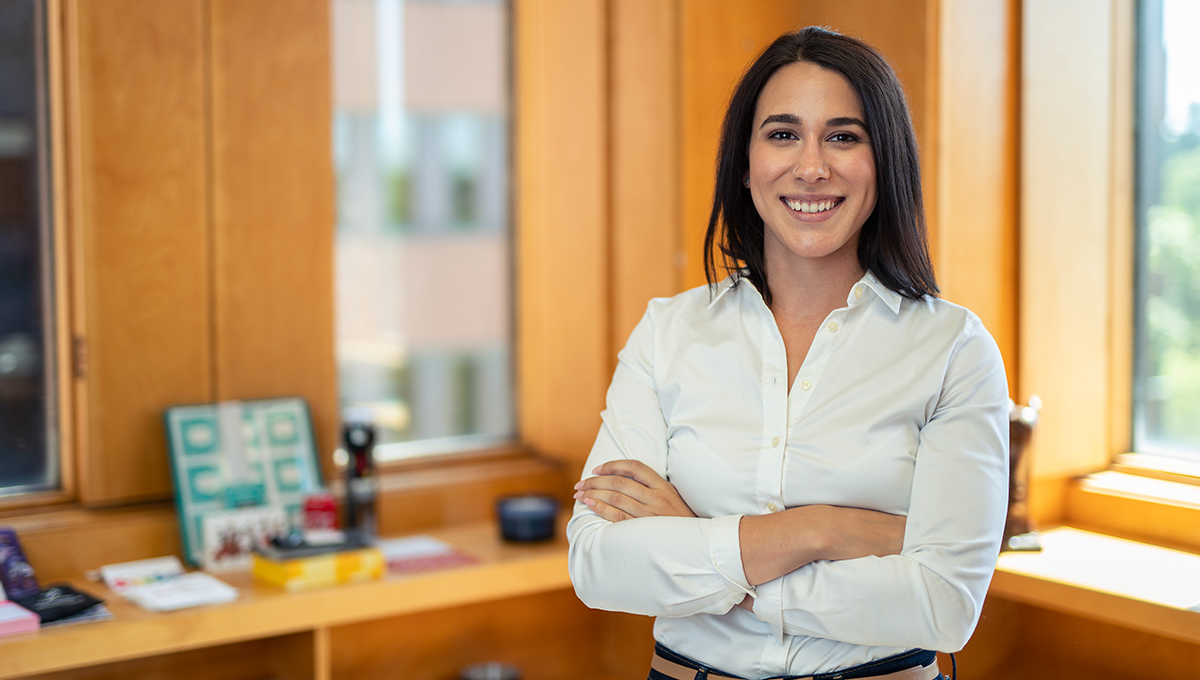 Tyler Burleigh: A new age of persuasion in health care

Making healthy choices can be hard. But following through? That’s even harder.

“One of the things that we know from psychology is that you can tap into people’s existing motivations to get them to make choices that are in their own best interest,” says Tyler Burleigh, a graduate of Carleton’s Master of Arts in Psychology program who went on to do his PhD at the University of Guelph.

Burleigh now works as a quantitative researcher with the Behavioral Science team at Clover Health in the Greater New York City area. The U.S. health care provider has a contract under the federal Medicare program to provide health insurance for Americans over 65. They use behavioural and data science to make health care more efficient, and Burleigh designs interventions that nudge seniors to make healthier choices.

“We start out by understanding why people are — or aren’t — engaging in the behaviours that keep them healthy and happy. Some people want to be able to do an activity. Others want to be there for their grandchildren. The interventions we design draw from psychology research on persuasion, and use these motivations to nudge people into making healthy choices, like getting the flu shot.”

For Burleigh, the opportunity to serve the public good while working for a private sector company was a bit of a surprise.

“I didn’t really see myself going into industry, and I think that’s a mental barrier for a lot of people in grad school,” Burleigh says.

“Once I graduated, I ended up in industry and found out you can still work in the service of the public interest. The way that incentives are aligned, we work to promote health. It can be a good idea to consider social entrepreneurship outside of academia, if students aren’t already. It can be aligned with the kind of things that they want to do.” 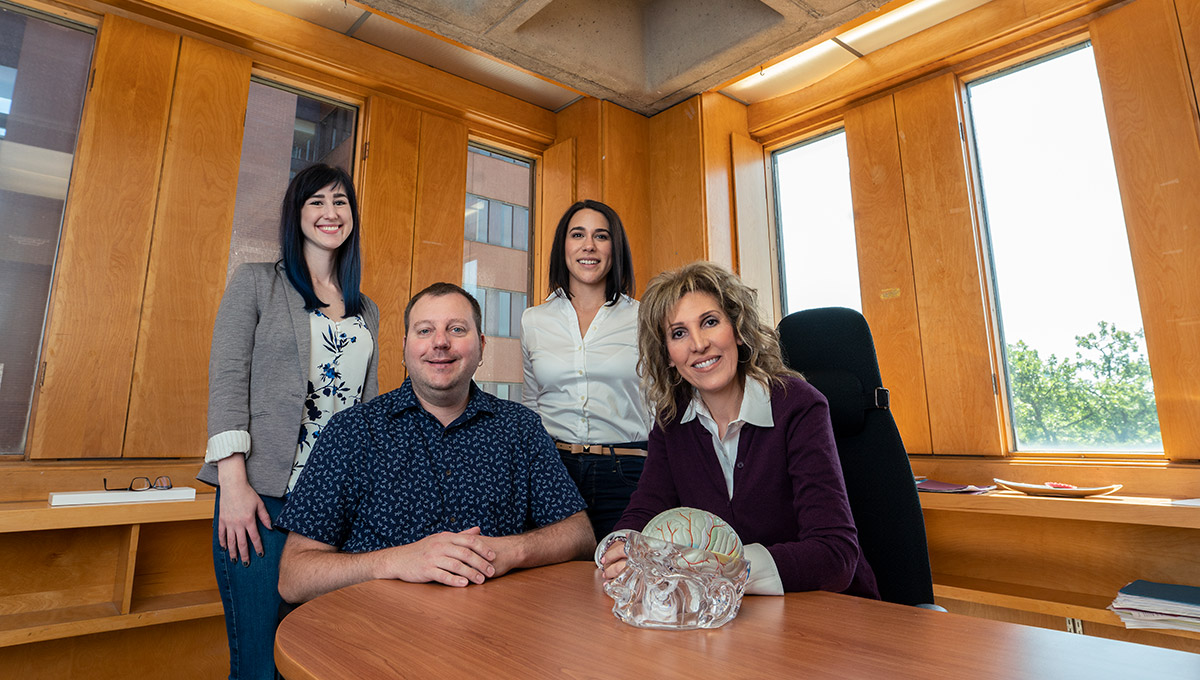 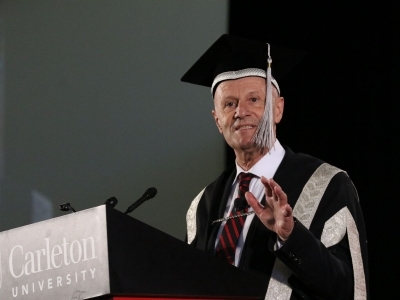 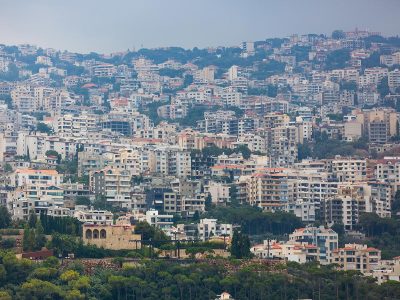 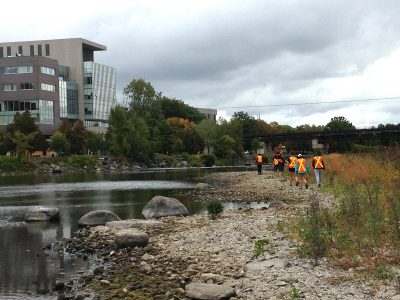