When cognitive science student Rita Christophi was starting her second year at Carleton, she wanted to get more involved in campus life.

In search of volunteer opportunities, she happened upon the Paul Menton Centre for Students with Disabilities website, which detailed a range of options. 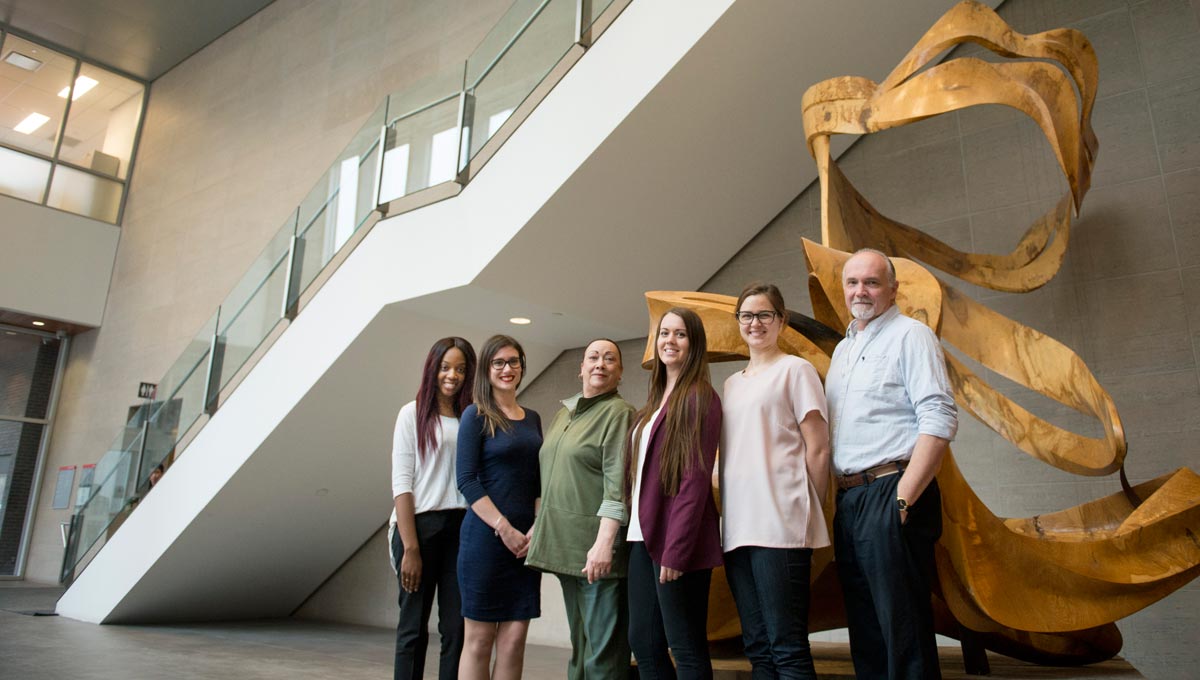 “There were a lot of ways to step in and dip my toes in the water,” says Christophi, who became a PMC note-taker for two semesters and has spent this school year serving as a captioner who transcribes audio for films and videos that are screened during classes.

“I really like the idea of volunteering to directly help other students. It doesn’t take that much effort or time, but it can make a big difference.”

By taking careful notes in class, reviewing them for accuracy and then sharing the electronic documents with anonymous recipients, Christophi’s efforts allowed others with disabilities who cannot take notes to stay on track academically. By watching documentaries and advertising reels and typing text to accompany the images onscreen using the PMC’s captioning software, she made it easier for hearing impaired students keep pace with their peers.

“It’s a simple but excellent way to help,” she says, adding that the note-taking duties enhanced her ability to stay focused in class, while the captioning exposed her to diverse films and videos such as a Second World War documentary for a human rights course and Ikea and Coca-Cola ads for a business class.

“As a student, I know that classes can be difficult for a number of reasons. Getting peer-to-peer support can really turn things around.”

Christophi is one of about 1,800 volunteers who are helping the PMC maintain Carleton’s reputation as the most accessible university in Canada and possibility the world.

The two or three hours they spend each week taking notes, transcribing audio, tutoring, mentoring, assisting with photo and video shoots, helping out at events and helping students with disabilities get comfortable navigating the campus on their own embody a supportive culture that’s one of Carleton’s most distinctive features.

As one of the participants at Carleton’s recent “Talk Exchange” event said: “If we are establishing a community of caring, with caring faculty and staff, then students begin to care for each other, they take that attitude with them when they leave.” 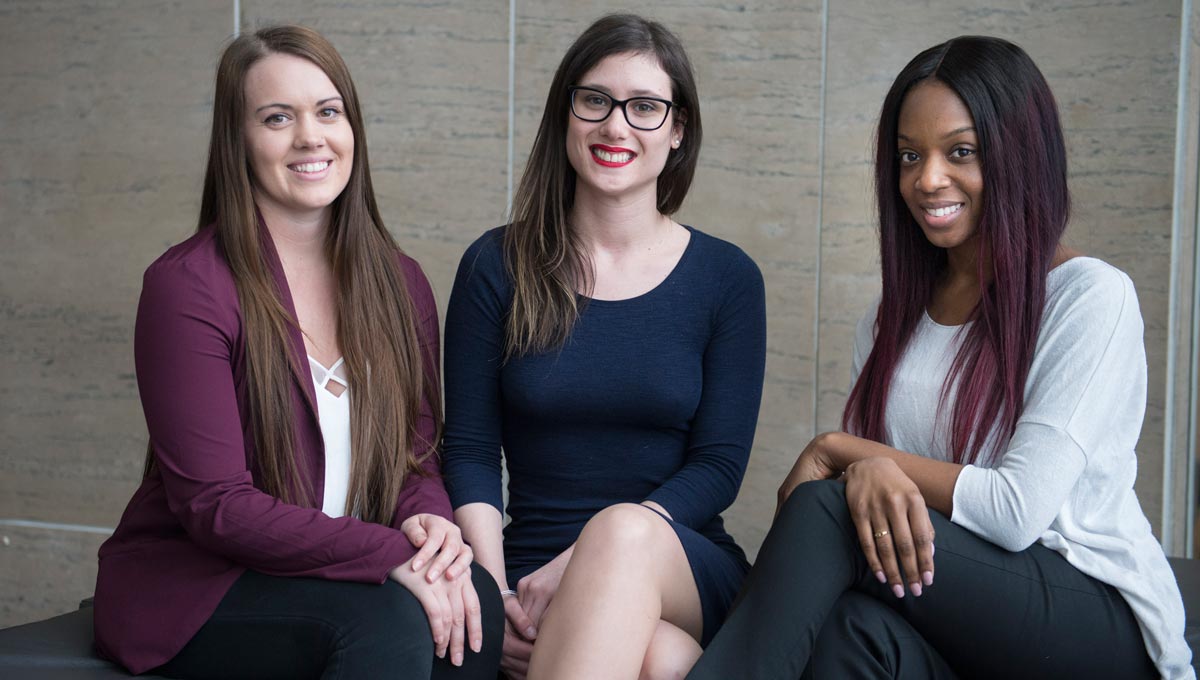 Since it opened in 1990, the PMC has played a leading role in co-ordinating disability services at Carleton, working to increase accessibility and further integrate students with disabilities into all aspects of university life.

This year, about 2,700 students with learning disabilities, ADHD and mental health concerns, as well as visual impairments, mobility challenges and other physical conditions, will benefit from its services — an increase from just over 2,300 students last year, which is consistent with an annual increase in demand of roughly 10 percent every year. 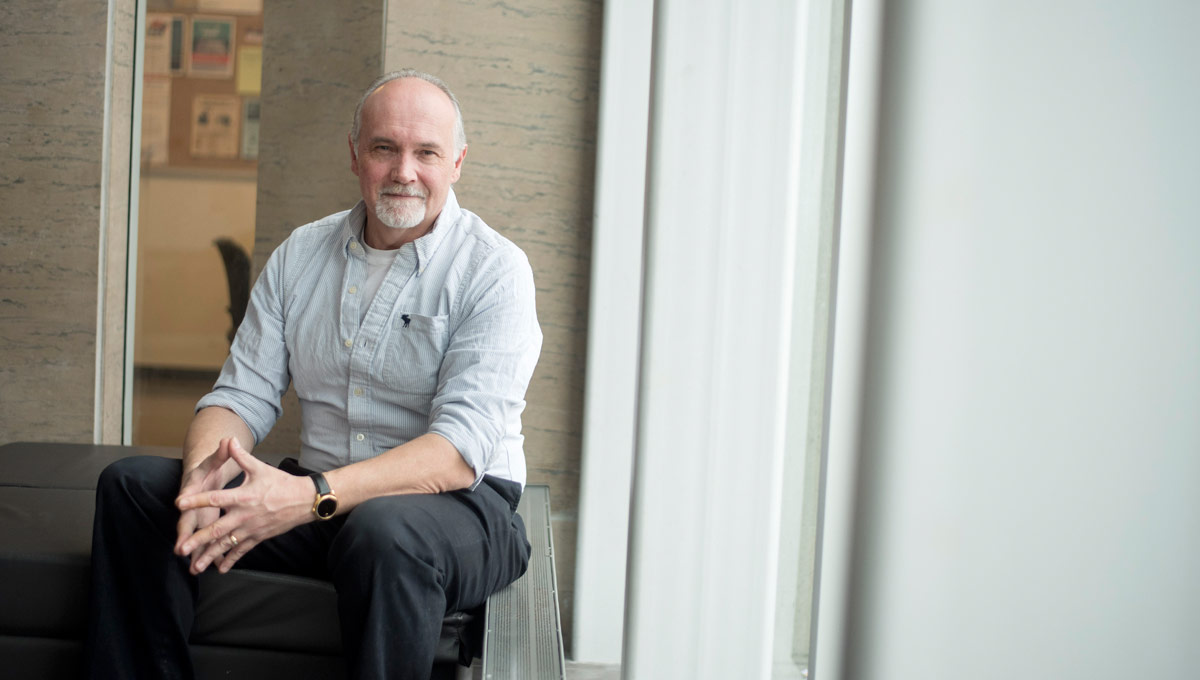 The PMC’s dedicated volunteers provide valuable support alongside the centre’s staff, and the money saved by not paying for assistance like note-taking and captioning helps fund other important programs.

The PMC treats its volunteers like professional employees, says the centre’s Student Services Administrator Bruce Hamm, who manages the volunteer program. Shifts are scheduled and duties organized so students can get to work as soon as they arrive — there’s no standing around and waiting.

“When you work with a large number of volunteers, you take on all of their strengths and abilities,” says Hamm, recalling when a graduate student studying English was called upon to caption a video with Shakespearean dialogue, and when francophone students have been asked to caption French-language films. 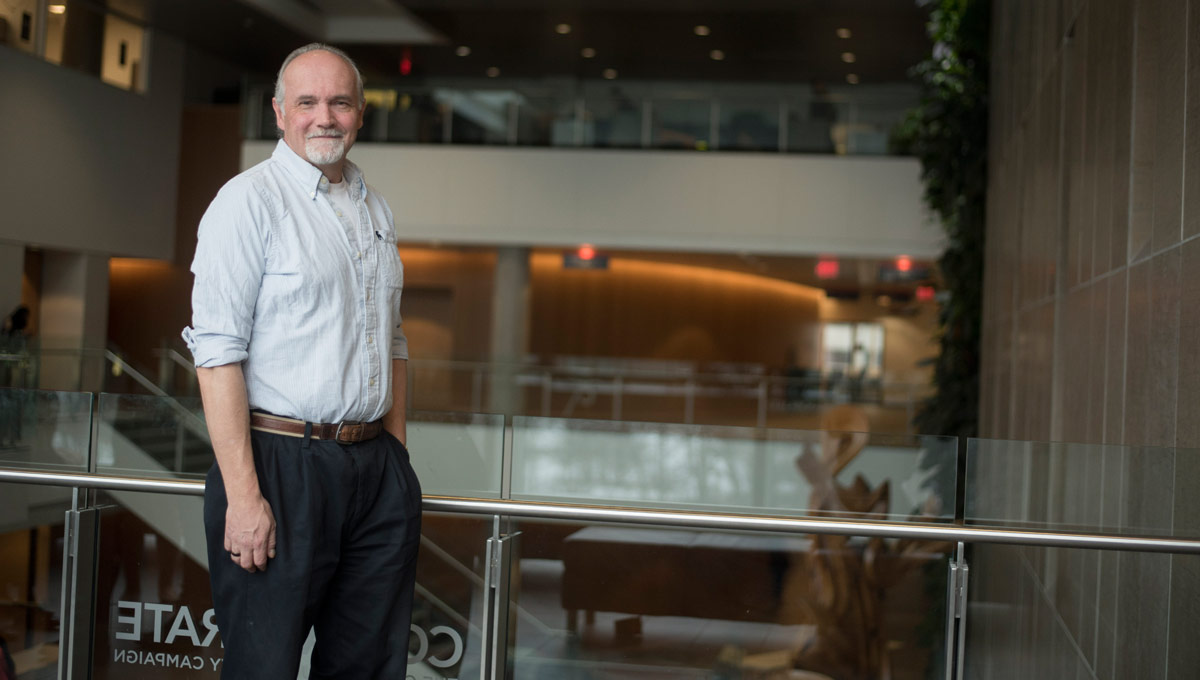 “When you work with a large number of volunteers, you take on all of their strengths and abilities,” says Hamm.

Roughly 80 to 90 percent of PMC volunteers are note-takers, and the centre boasts a match rate of 90 to 95 percent when students with disabilities request assistance with notes for a class. That compares to match rates of 60 to 65 percent at other universities in the province, including some that pay for these services.

“I think it’s a symbiotic relationship. I can definitely see the students-helping-students mindset in action at this university.” 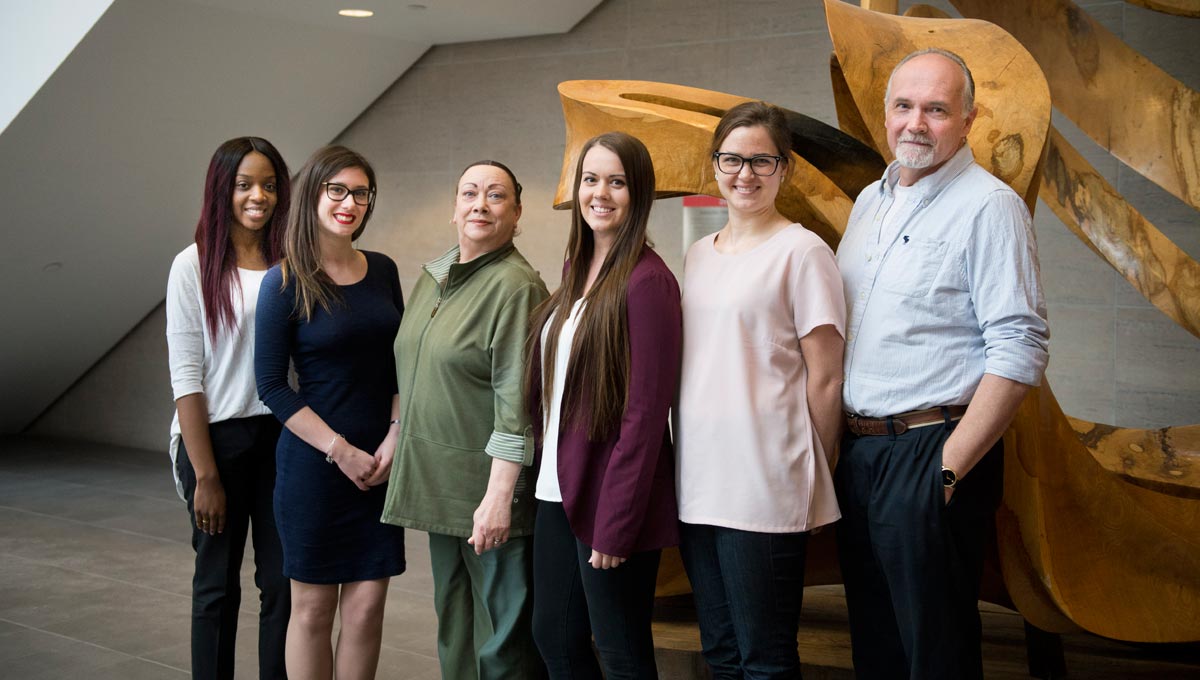 A Shift in Volunteer Demographics

Over the last 20 or so years, there’s been a shift in volunteer demographics across Canada. Seniors and retirees used to comprise the largest group of volunteers; now it’s the 15 to 24 cohort.

The national shift reflects how difficult it can be for young people to get relevant work experiences, says Hamm. It also speaks to the value employers place on seeing these types of societal contributions on the resumes of prospective employees.

The PMC is catching this demographic wave, says Hamm, but there’s another factor at play, according to PMC Director Larry McCloskey.

“We’re grateful for the volunteer support, but it doesn’t happen by itself,” says McCloskey.

“We have a great team led by Bruce — and they’ve made this culture a reality though hard work.

“They’re making volunteering a thing to do. It’s a real phenomenon. You won’t see anything like it anywhere else.” 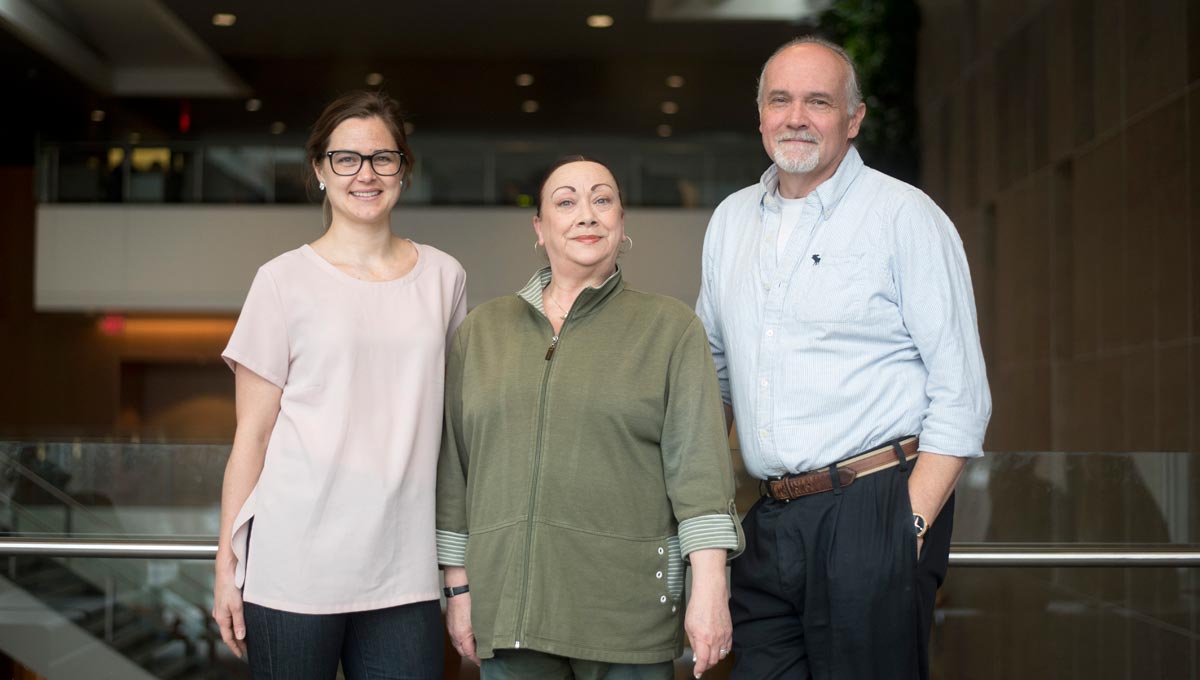 Welcome to the Paul Menton Centre for Students with Disabilities (PMC). This site is your resource for information on: the registration process and documentation requirements, Services for undergraduate and graduate students with disabilities, accommodation policies and guidelines for faculty and staff, transition programs for prospective students, parents, and educators, and volunteer opportunities. 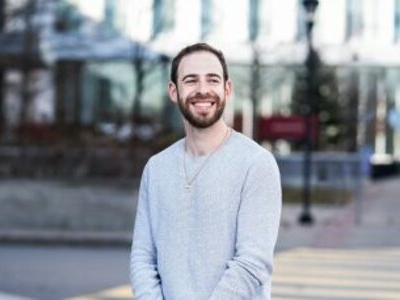 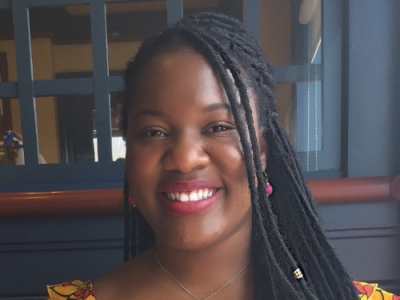 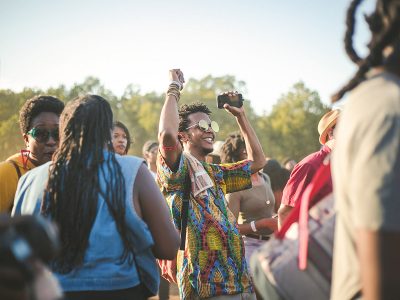