Carleton University’s first annual Kinàmàgawin Symposium focused on important issues rooted in Indigenous identity and sovereignty, many of which remain pressing concerns today, according to the event’s speakers and panelists.

“Kinàmàgawin” is an Algonquin word that means “learning together,” Carleton’s Benny Michaud, who leads the university’s Centre for Indigenous Initiatives, said in welcoming remarks at the Feb. 6 gathering that drew a large audience. 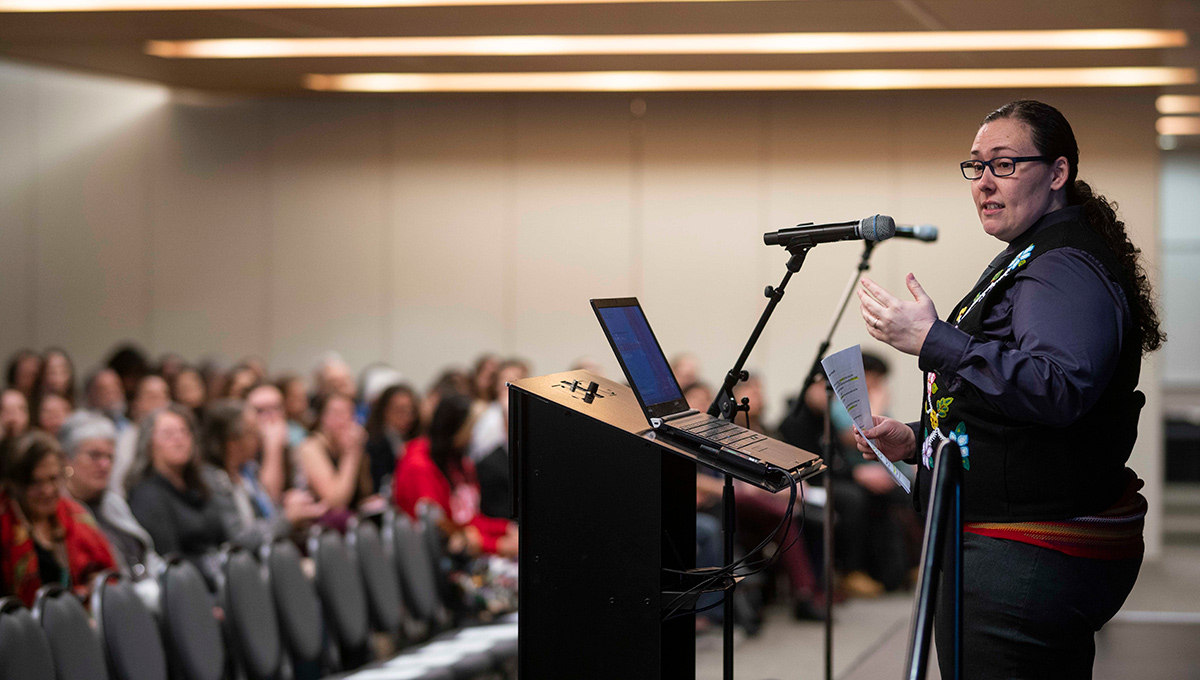 Carleton is part of an education system that has a legacy of assimilating and silencing Indigenous peoples, said Michaud, but the word “kinàmàgawin” offers hope.

“We are all students and we are all teachers,” she said, “and each of us has within us an important part of the story that needs to be shared.” 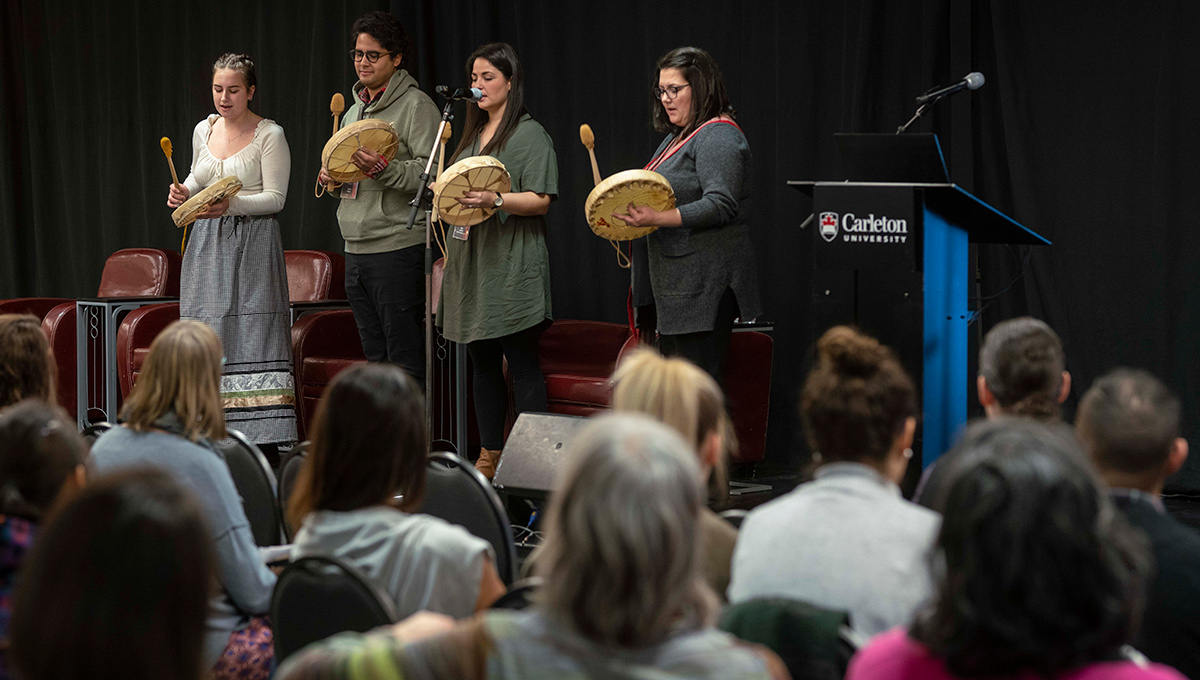 Dispelling the Myth of the Singular Indigenous Identity

Pamela Palmater, Chair in Indigenous Governance at Ryerson University and a Mi’kmaq lawyer whose family is from the Eel River Bar First Nation in northern New Brunswick, delivered the morning’s keynote talk.

The two themes of sovereignty and identity are “the core of what is going to protect us going forward and can’t be compromised,” said Palmater. “There is no negotiation — there is no reconciliation when it comes to identity. None of that applies.”

There is no such thing as a singular “Indigenous” identity, she added, since each nation is self-governing and distinct. By the same token, no one individual can represent an entire Indigenous community because expressing differences is part of identity too.

For individual Indigenous nations, Palmater said, their sovereignty as individuals and collectives is a core part of their identity and allows them to endure historic and ongoing genocide. In other words, Palmater said, “colonization” was not only a feature of the past but also happens daily today.

For example, said Palmater, the RCMP are currently conducting an invasion of Wet’suwet’en nation territory in northwestern British Columbia over the proposed Coastal GasLink pipeline — a direct attack on their sovereignty and identity.

According to CBC, five of the six band councils in the Wet’suwet’en nation have agreed to the project, but Palmater explained that their traditional system of governance has continued alongside the Indian Act system and hereditary leaders, using Wet’suwet’en laws, have unanimously rejected the pipeline. “We all have a responsibility, even if we’re not Wet’suwet’en, to stand with our brothers and sisters with what is happening right now,” she said. 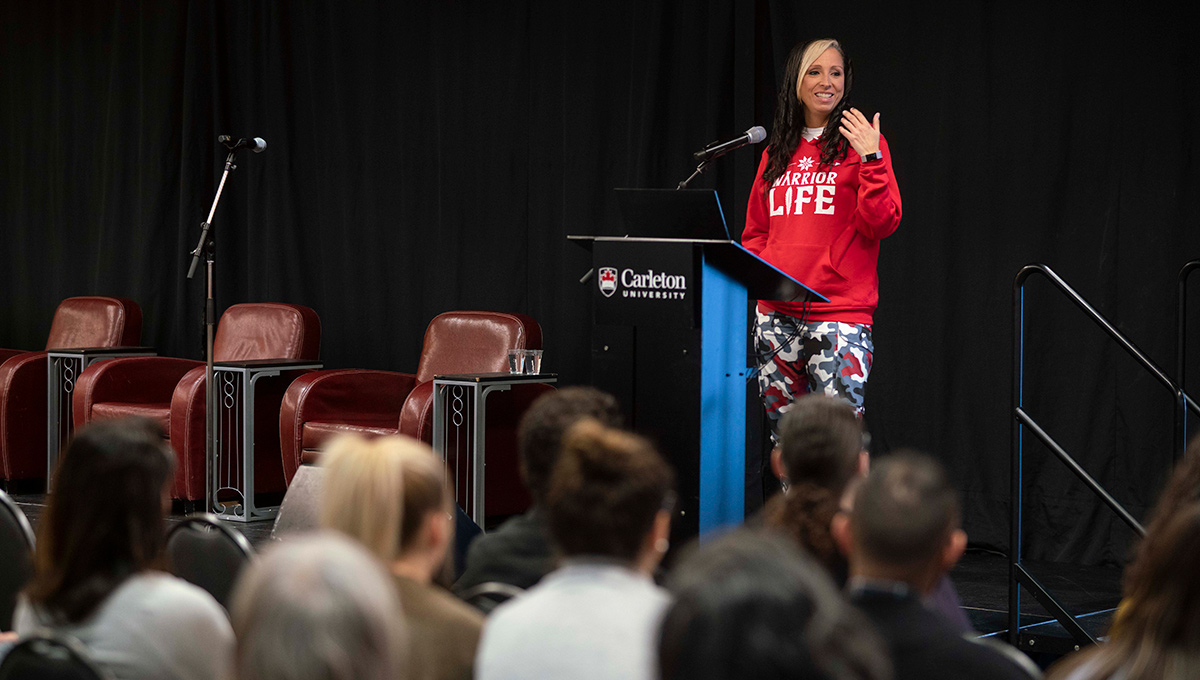 Her nearly hour-long speech helped the audience view the Canadian legal system through her perspective as a lawyer and a Mi’kmaq. She spoke of what she considers oddities in the Indian Act that certify who is “Indian” and who is not — and who is more “Indian” than others — based on racist ideologies around blood quantum principles rejected by science.

Many Indigenous people don’t know where they fall under the rules, she said. Often the choice of a mate can influence whether children will have “Indian status.”

“They don’t put that stuff on eharmony,” she joked, referring to popular online dating site.

Palmater criticized Canadian laws for discriminating against those of individual Indigenous nations, including rules around the sale and distribution of tobacco — something that Haudenosaunee were practicing for thousands of years before Europeans arrived. “Our identity has very much been criminalized,” she said. “I’m OK with being criminally Indigenous if it means I keep my identity.”

She openly worried that the new push to include Indigenous people in university professorships and high-ranking positions is leading to some applicants misrepresenting their identity to obtain a prized job. These people who may take advantage, she said, do not understand where true Indigenous identity lies. Every Indigenous person and nation, she added, will defend their identity since it is a core aspect of their sovereignty and who they are.

Palmater also touched on her interpretation of “utopia,” which is not related to the English term that referring to an imaginary, perfect civilization. Rather, it speaks of time when Indigenous nations were self-determining. “We did everything ourselves and we worked out our problems ourselves,” she said. “That is utopia. Genocide has interfered with that.” 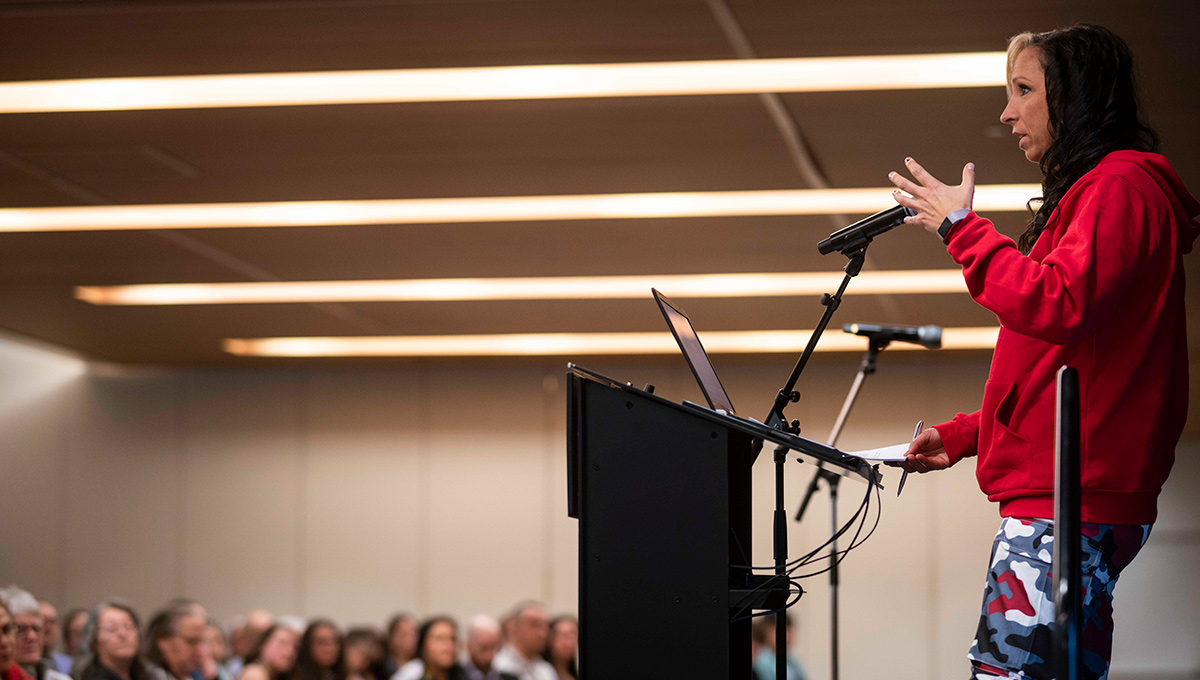 Carleton is preparing to release a report based on work undertaken by the Carleton University Indigenous Strategic Initiatives Committee was rooted in more than 40 consultation sessions with groups on and off campus. The report will also be called “Kinàmàgawin” to reflect Carleton’s commitment to working collaboratively towards positive change.

“There are 41 calls to action that provide a roadmap for continuous improvement,” President Benoit-Antoine Bacon told the symposium. “We’re about to publish the report and start implementation. This is very much a beginning rather than an end.” 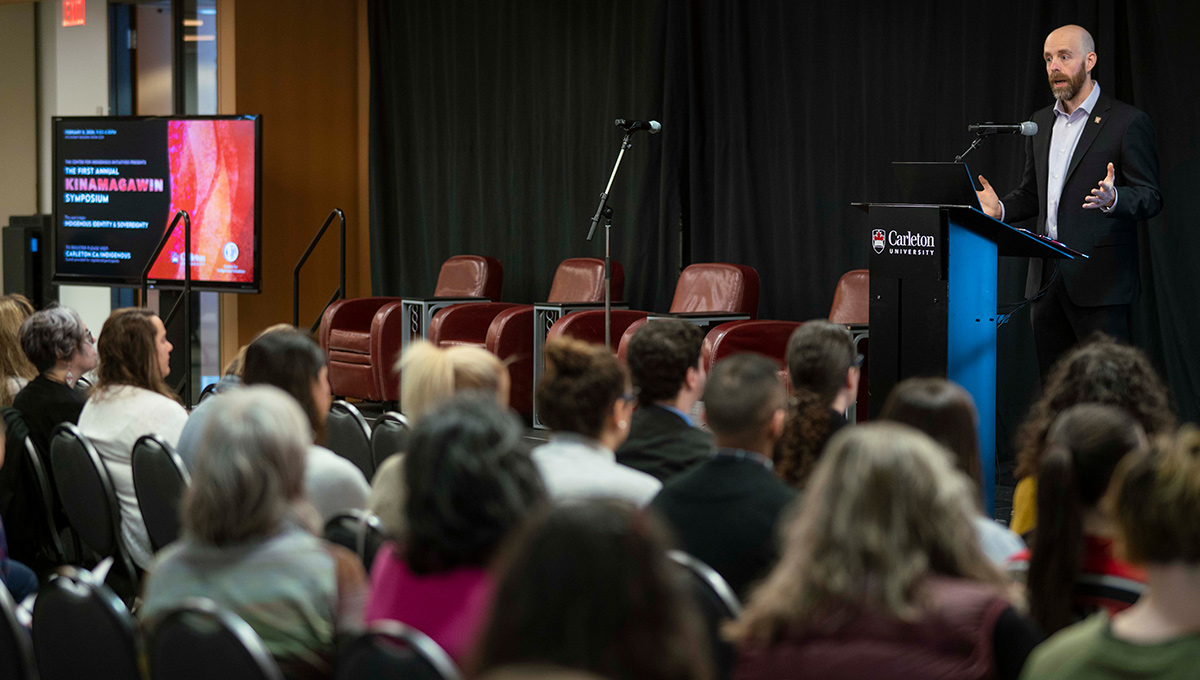 The symposium began with traditional drumming from students and an eagle song by Irene Compton, a member of the Saulteaux First Nations Bear Clan from the Keeseekoose band in Saskatchewan. 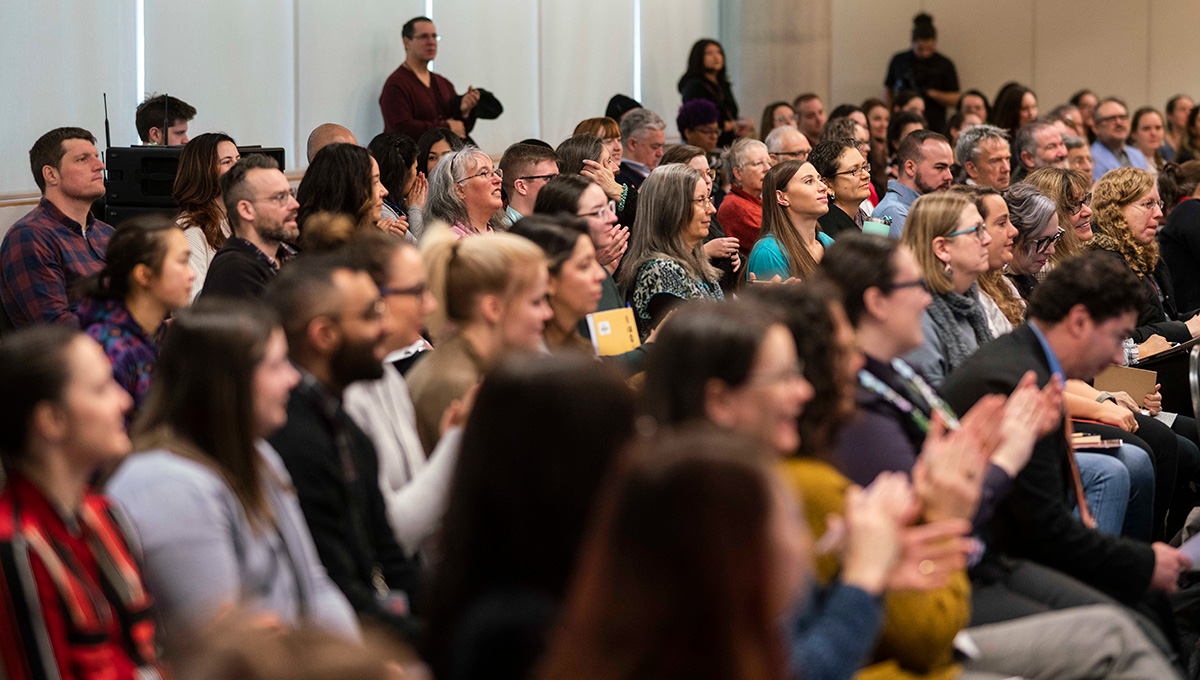 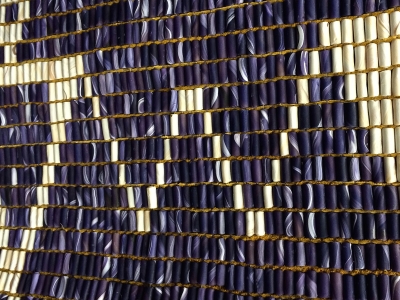 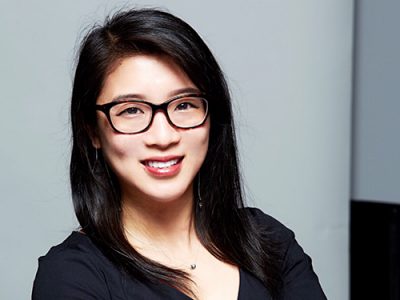 From a young age, Carleton University Department of Electronics Prof. Winnie Ye, has been fascinated with discovering how things are built and how they work, which planted an early interest in studying science, technology, engineering... More 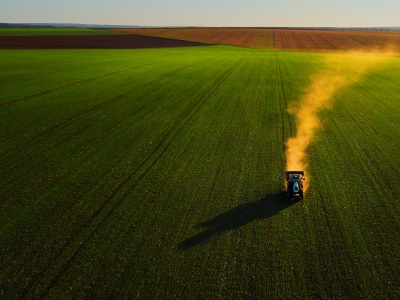 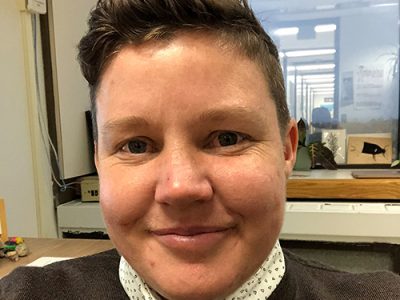 Pride is a space for 2SLGBTQ+ folks to connect with friends and allies, resources and organizations, and other forms of support. It can make some people feel less isolated and it can give them a... More