Technology in autonomous vehicles (AV) is developing at top speed. But major changes in transportation infrastructure will be required before smart cars fully replace traditional ones.

Rahul Singh, head of Autonomous Vehicle Software Development at Ford Motor Company, likened the emergence of AV in the early 21st century to the appearance of the Ford Model T in the early 20th. Roadways designed for horses and buggies had to change before cars took over.

“We have to think about how it’s all going to come together,” he said. “I don’t think this is going to happen over decades, but over a generation.” 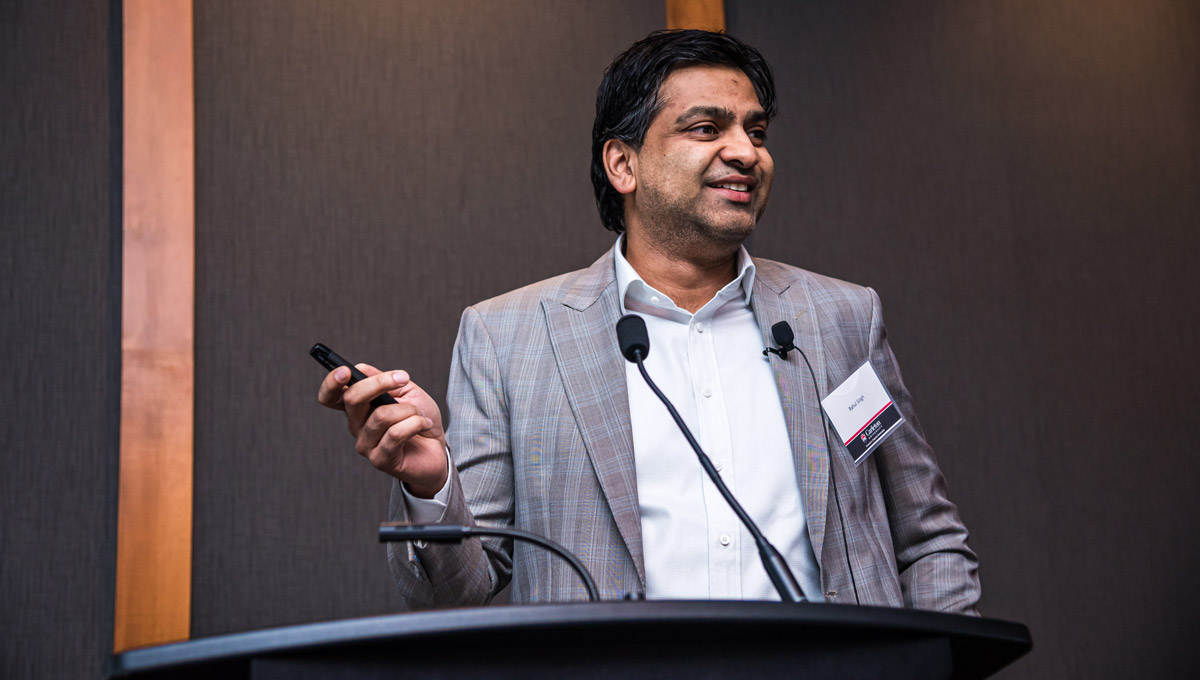 Singh spoke at Carleton University’s Fall Leadership Luncheon on Nov. 14, 2019 in Kanata. This lunch theme lined up with one of the university’s major research strengths – Carleton is a Canadian leader in AV and its various applications, including real-time data analysis, wireless sensors and connectivity, cybersecurity, artificial intelligence, and road and vehicle safety.

“At Carleton, we have over 125 researchers from four faculties and 13 university departments, schools and institutes who engage a broad spectrum of research to make the transportation of the future safer, more sustainable, more secure and more efficient,” said emcee Roberta Kramchynsky, volunteer president of the national capital chapter of the Carleton Alumni Association. 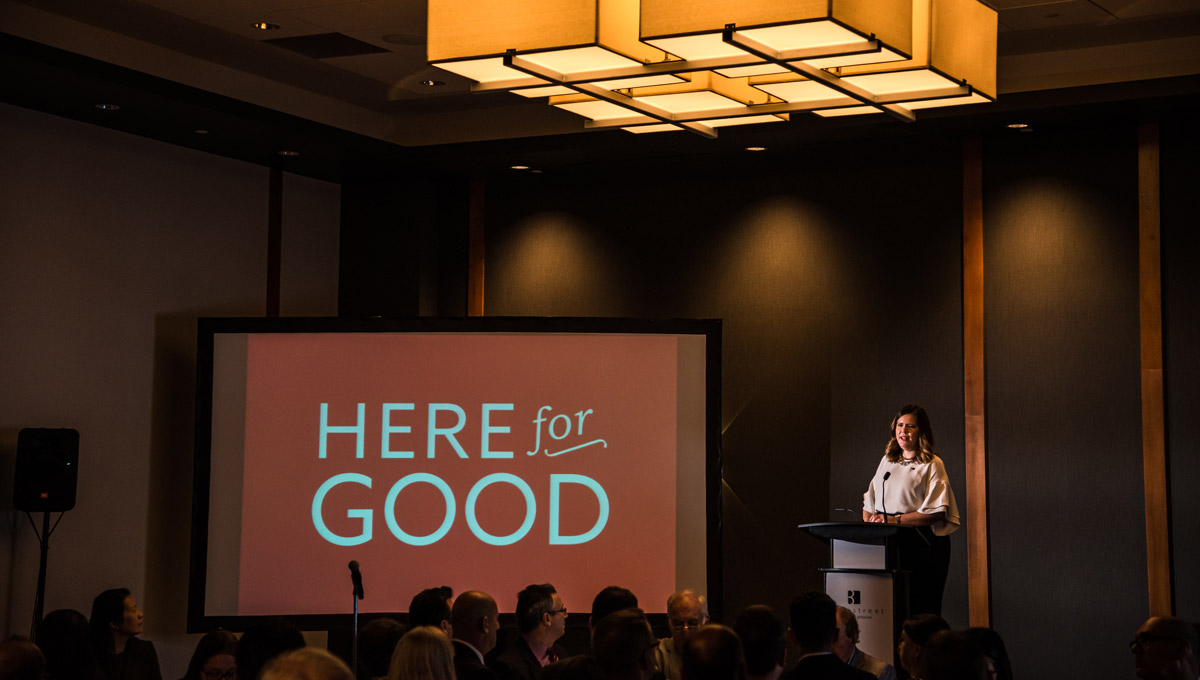 Carleton at the Forefront of Incredible Advances in Autonomous Vehicles

Autonomous vehicles greeted attendees, including a ruby red Toyota RAV4 created by a group of Carleton students under the leadership of Prof. Richard Yu.

“Carleton is a place of innovation that wants to do research that matters,” said Carleton President Benoit-Antoine Bacon. “Autonomous vehicle technology is one example but such an inspiring one, and we’re at the forefront of some incredible advances in this growing field.”

Also there – the BlackBerry QNX Autonomous Concept Vehicle, the first AV launched and tested in Canada that communicated with live city infrastructure. John Wall, senior vice-president and head of QNX Software Systems, gave a brief overview of how the grey Lincoln MKZ functions.

Wall touched on how major automotive industry trends are changing the way cars are built, including automated driving, digitization, ride-sharing and electrification.

Today, an average car is made of 20,000 parts manufactured by three to five different suppliers. This complexity will only increase, since by 2030 (by some estimates) half of a car’s parts will be electronics. 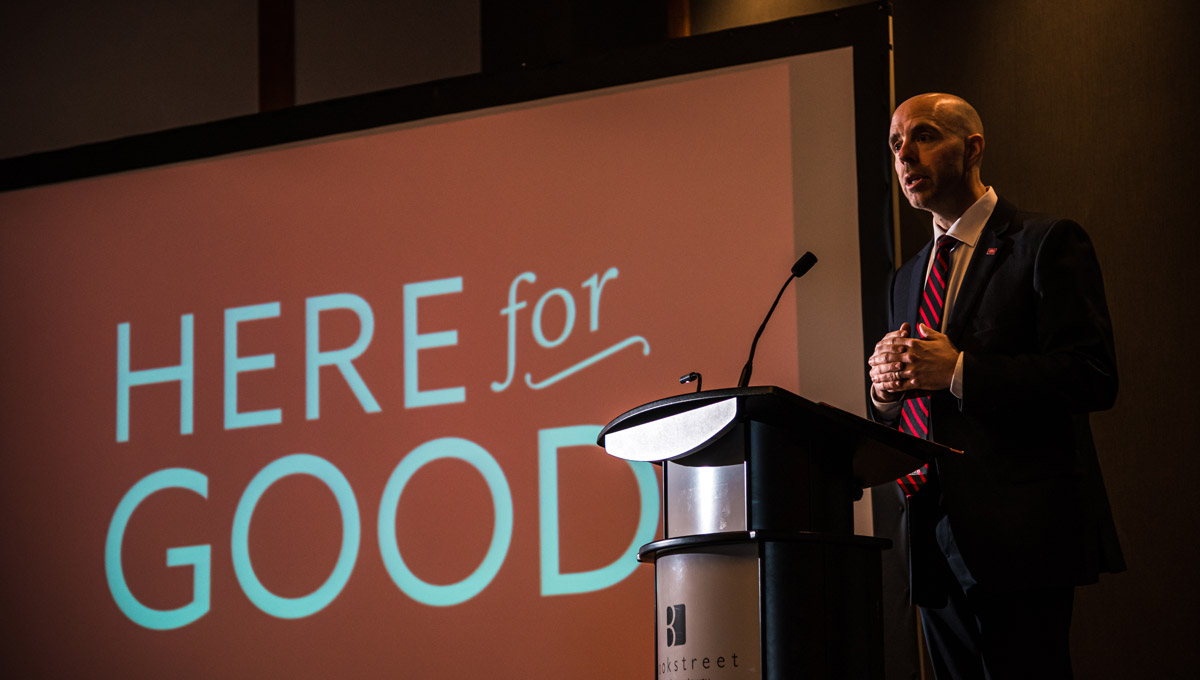 Software, which has already become integral to the automotive industry, will play an important part in these electronics.

“Software is eating your car,” said Singh, playing on a quote from software engineer and Silicon Valley investor, Marc Andreessen.

Singh studied biology and neuroscience at Carleton (BSc/97) and computer engineering at the University of Ottawa (BEng/01) before joining software company ATI Technologies. He worked for several firms, first as an engineer, then as a manager and executive. He joined Ford in 2017 and now leads the company’s global AV efforts.

He explained how Ford is conducting AV testing in Miami, Austin and Washington, D.C. Each city is quite busy in foot and car traffic, and the municipalities are willing to work with Ford to test their technology in the real world. 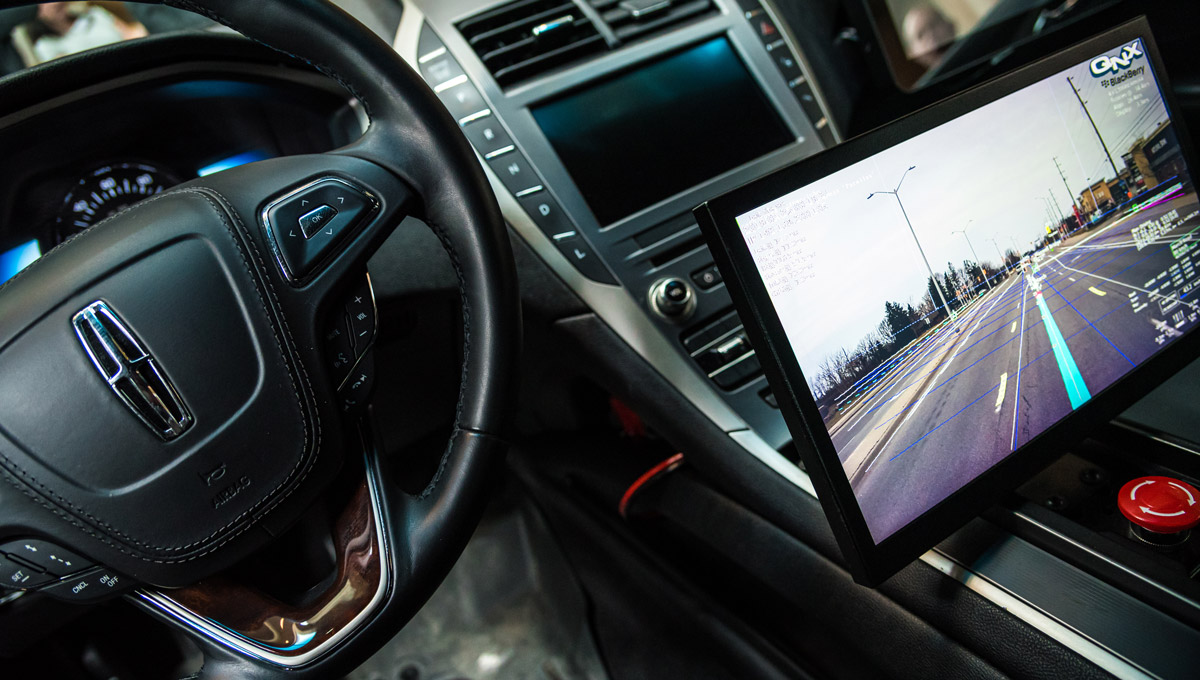 The Car is Becoming a Connected Platform

Launched in 2003, the Leadership Luncheon series allows members of the Carleton community to gather and hear from speakers on a variety of topics. Special guests in attendance this year included former board Jean Teron, current members​ ​Lynn Honsberger and Konrad von Finckenstein, Carleton’s Vice-President (Research and International), ​Rafik Goubran, and Engineering and Design Dean Larry Kostiuk. 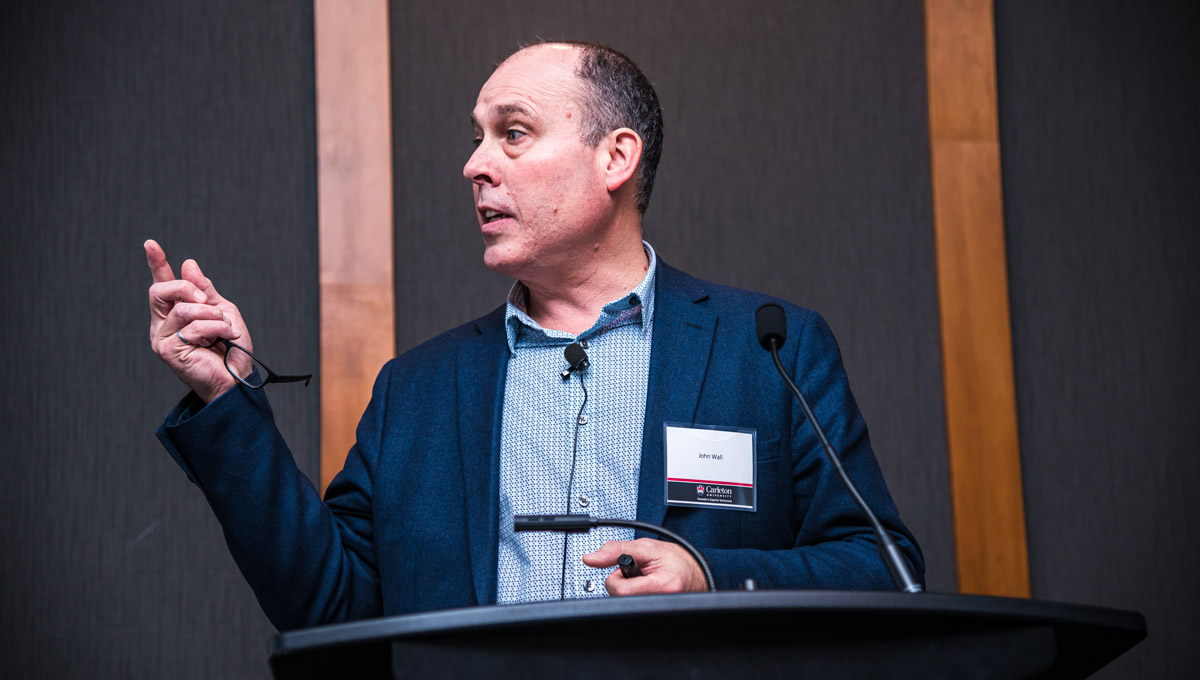 AV’s challenges go hand in hand with emerging technology that interacts with the real world in real time.

“With connectivity comes risk and that risk is cybersecurity hacking,” said Wall.

Safety has had a head start on security in the industry, Wall said. But security has grown significantly in importance since cars have learned to interconnect and communicate on a network. The industry had to respond very quickly to a series of hacks that grew in severity throughout the 2010s and peaked in 2015 when software developers showed how they could control a Jeep Cherokee’s steering remotely.

Wall completed an electrical and electronics engineering degree at Carleton (BEng/92) before joining QNX in 1993. QNX does not build cars, but has sold its operating system products since 1980 and its AV software since the early 2000s.

Software in autonomous or automated vehicles is more complex than that of the average commercial plane, said Wall. It is likely to become more complicated if carmakers don’t work together to usher in the new shape of cars, road infrastructure and the way people get around.

“The car is becoming a connected platform,” he said. “My personal belief is that carmakers and original equipment manufacturers are probably going to have to do a lot more co-operating to figure out what this platform looks like.” 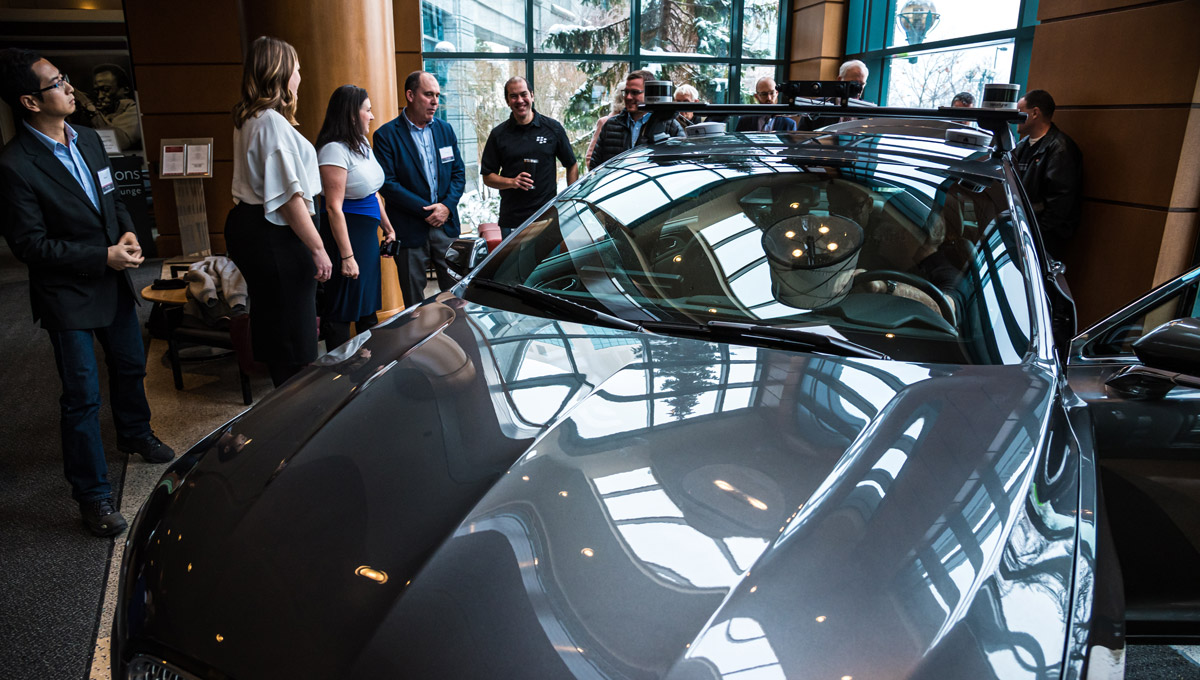 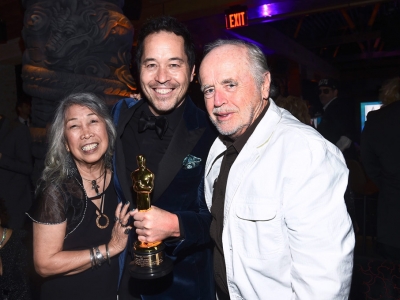 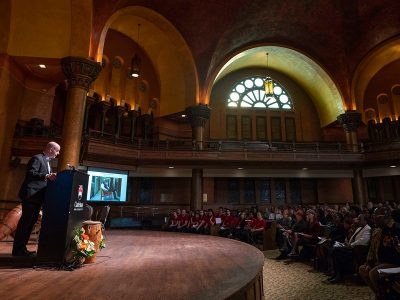 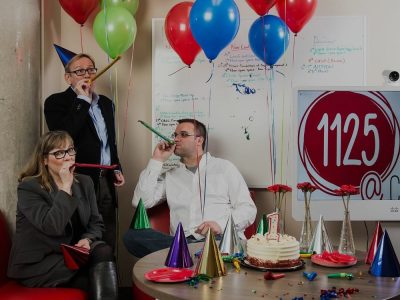