Far from the ever-evolving Scarborough Bluffs that featured in his debut novel Soucouyant, where erosion induces a state of constant reinvention to those malleable cliffs of sand and clay, a young David Chariandy struggled to reinvent himself as a first-year student at Carleton University.

Coming to Carleton was an opportunity to start fresh, and a major step on his journey to becoming an acclaimed novelist, but that journey got off to an awfully rocky start. 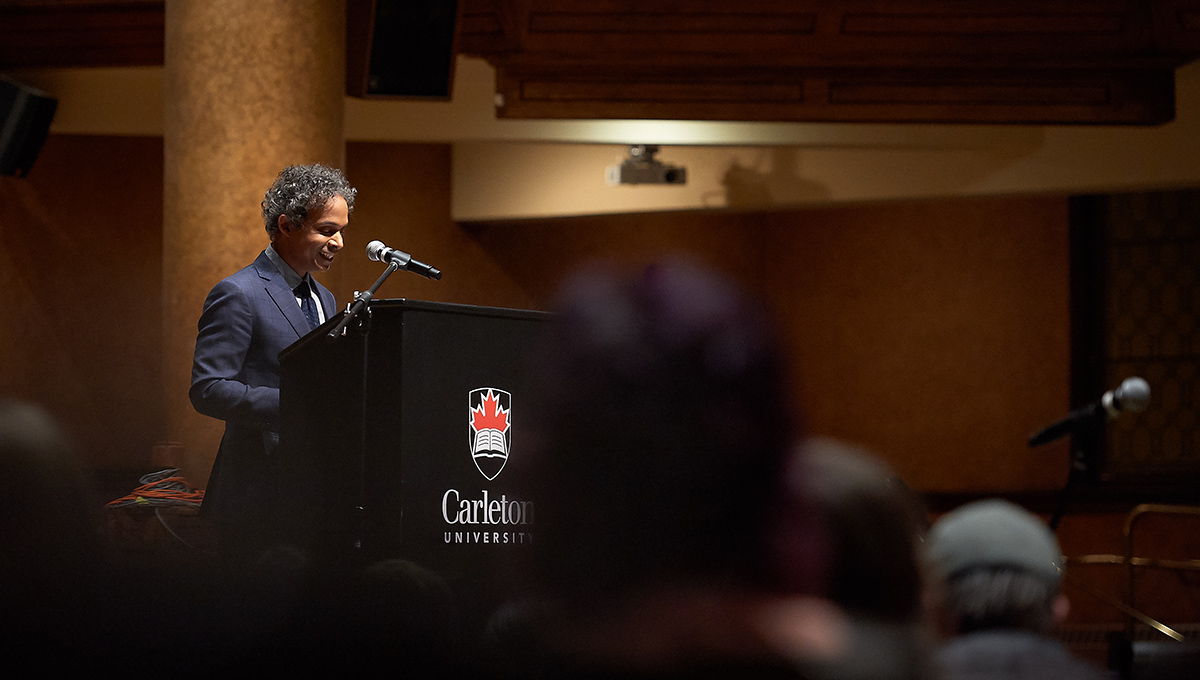 In The First Semester, a fictional story that Chariandy created for this year’s Munro Beattie lecture, he filtered his experiences as a first-year student through the lens of a fictional character from Scarborough, Ont., whose trajectory bears a startling resemblance to his own.

Held annually since 1985, the Munro Beattie lecture honours the founding member and former chair of Carleton’s Department of English Language and Literature. It invites writers and critics to speak on issues that are of interest to both the academic community and general public.

This year’s lecture was held at Dominion-Chalmers United Church and was dedicated to Marc Hewson, a faculty member who passed away unexpectedly exactly one month before the lecture was staged. 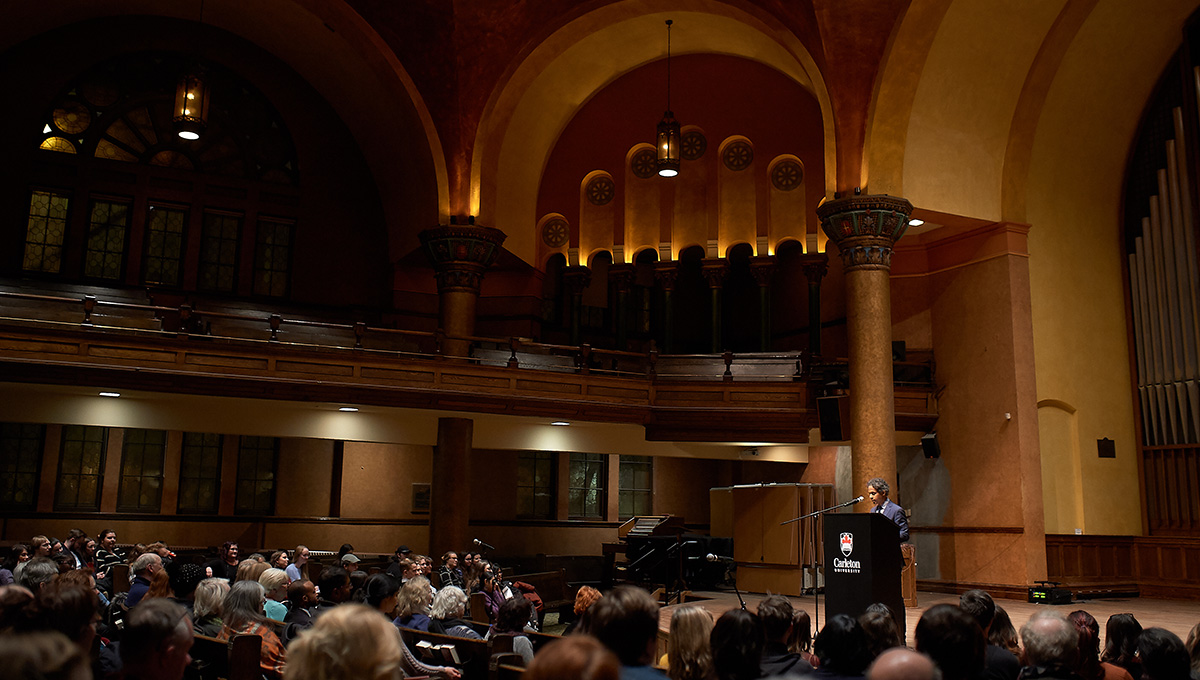 A Story Based in Reality

The young, would-be writer at the centre of The First Semester flounders through some of the typical struggles that students face when they begin their post-secondary studies, and he does so largely alone. He rents a room from a family friend, and lives far from campus, making long commutes by OC Transpo to make full use his meal plan – even on days he doesn’t have classes — but eating alone in a cafeteria.

Our protagonist doesn’t make friends easily. The few acquaintances he has on campus are the sort of people who he’d come to Ottawa to forget – people he’d known at the Scarborough high school where he’d experienced racism, both blatant and subtle. People who could be friendly, but whom he did not really count as friends. 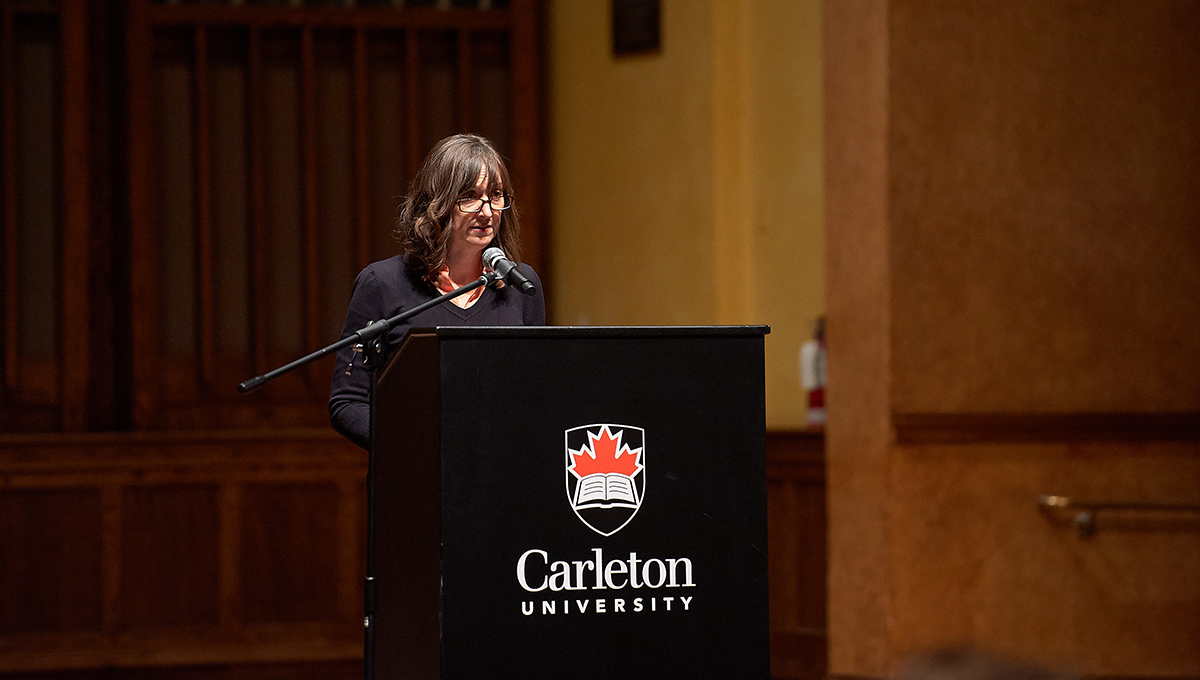 In the classroom, the young character flounders, struggling to a F in Ancient Greek, and a B- on an English essay for which he had meticulously prepared but executed poorly. And he wasn’t learning how to become a writer, which was, after all, what he had come to do.

After that painful semester, things start to look up for The First Semester’s protagonist, and Chariandy himself, who went on to obtain his BA and MA from Carleton before doing his PhD at York University. Today, he’s a professor at Simon Fraser University, where he balances creative writing and the instruction of contemporary literature, particularly black, Canadian and Caribbean prose. His book Brother has been selected as a candidate for CBC’s Canada Reads 2019.

“In the second semester. I can imagine this mysterious character taking a trip with his food in the cafeteria, and actually forcing himself to sit down with a table of other students,” says Chariandy.

“Students from Toronto — from Rexdale, from Scarborough. He can read them and they can read him. And that’s the beginning of friendship and community that can actually really see him and understand his hopes and hurts and dreams. 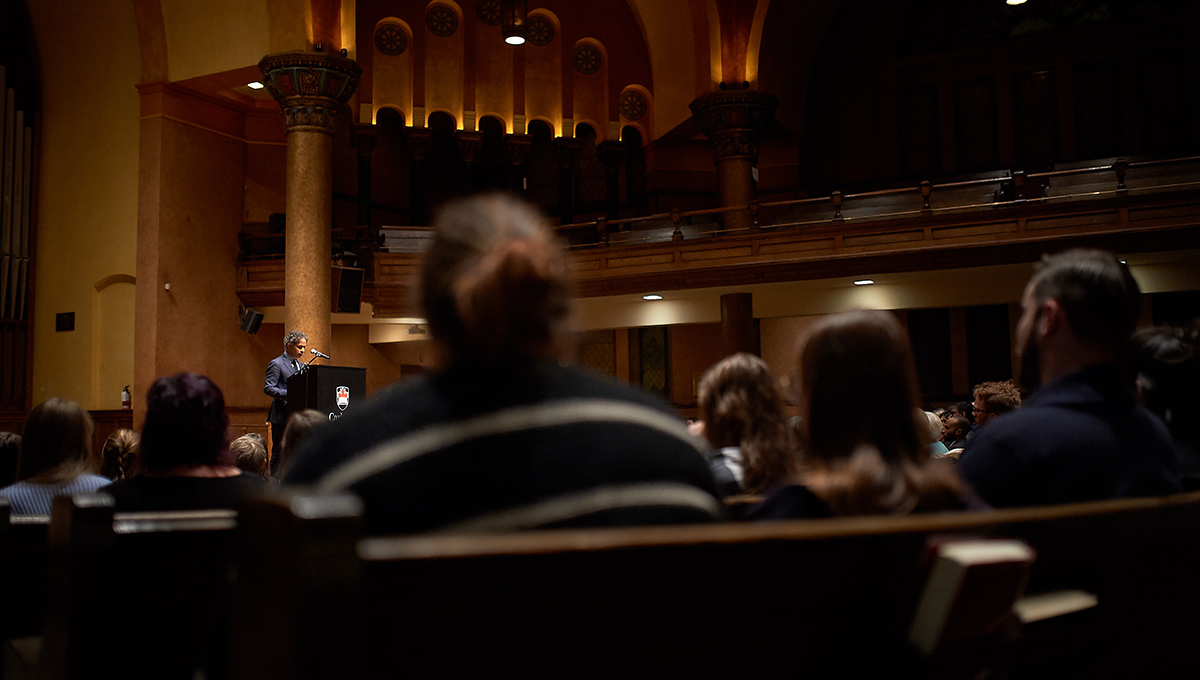 Along with his professors, that community would play a key role in shaping Chariandy’s influences as a novelist.

“I think it was third year that I started taking courses where professors would teach me what they would call minority authors or post-colonial authors — I don’t even know if that term was used yet,” said Chariandy, breaking character to answer a question from the audience.

“It was not simply my friends, and not simply my professors who informed and could steer me in really essential ways. There was some really interesting interaction between the two. The friction and tension between them is exceptionally important for my development — the critique emerging from two different communities recommending books and thinking.  But that’s another story I could tell . . . that’s the second semester.” 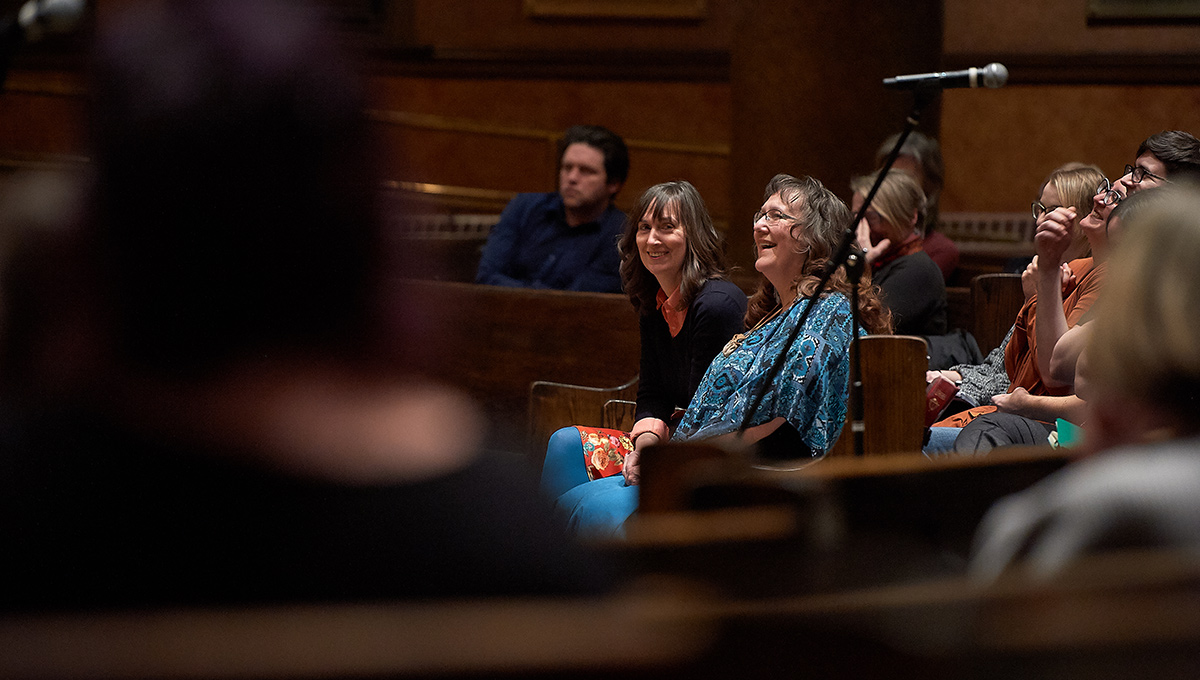 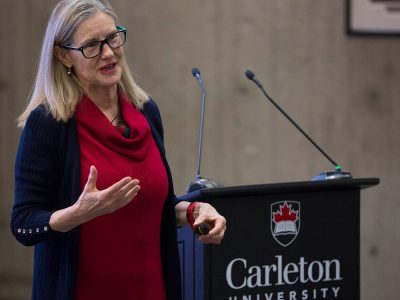 One Grade 9 student said that the presence of police officers made the high school feel safer than other schools. Another said they felt safer while walking home. “If anything does go bad, they are... More 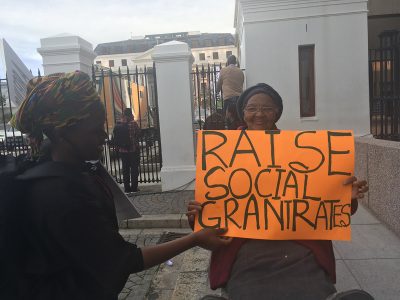 South African president Cyril Ramaphosa recently announced a significant package of social and economic measures to address the fallout from the country’s COVID-19 lockdown. The package includes a R50 billion increase to the value of... More