“We are thrilled to have Zhang join Carleton’s world-class theory group in physics,” said Charles Macdonald, dean of the Faculty of Science. “I am confident that his appointment will complement and enhance our role within the McDonald Institute and that he will take part in some of the next great discoveries by the Canadian astroparticle physics community.” 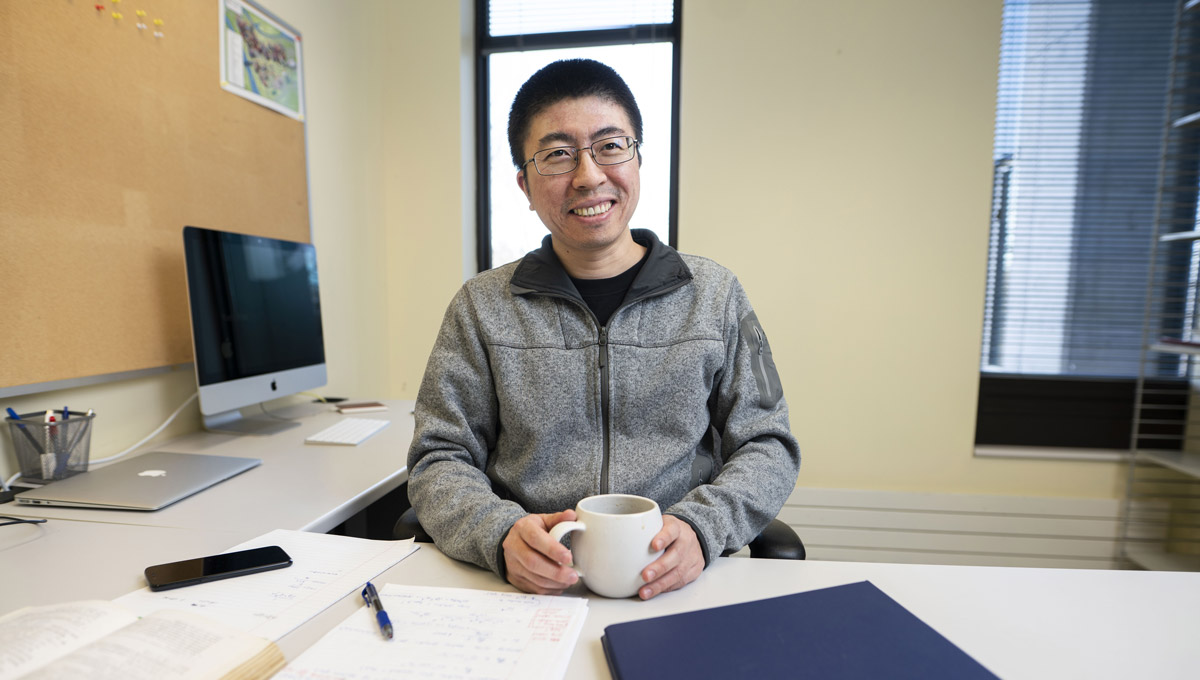 Zhang is a theoretical particle physicist interested in understanding the universe. His research is driven by puzzles involving the nature of dark matter, the origin of cosmic matter-anti-matter asymmetry and the physics behind neutrinos. Any breakthrough in these areas will improve our understanding of the fundamental laws of nature.

The McDonald Institute’s mandate is to expand the footprint of particle astrophysicists working in Canada and ensure their success by investing in talent and research support programs. The institute supports the people who develop the scientific models, design the projects and operate the experiments in leading facilities like SNOLAB.

Those who experiment in astroparticle physics are concerned with designing, building and operating detection equipment that can uncover new information about fundamental particles originating in cosmological phenomena, as opposed to high-energy particle physics, where scientists break particles down and then detect them.

Theorists like Zhang are especially important in modelling possible phenomena and operating parameters in which scientists might detect these particles and analyze observations.

Zhang obtained his PhD from Peking University in 2009. He held postdoctoral positions at Northwestern University, the Fermilab, California Institute of Technology and the International Center for Theoretical Physics in Trieste, Italy. Zhang joined Carleton as an assistant professor in theoretical physics in October.