Carleton University today conferred a Doctor of Laws on Diana Beresford-Kroeger in recognition of her outstanding efforts in preserving the Earth’s climate and forests through the use of ethical scientific and traditional concepts.

Beresford-Kroeger was honoured during Carleton’s Spring Convocation, where more than 4,800 students are receiving degrees over five days.

In her address, the celebrated botanist, biochemist, lecturer and researcher discussed the fascinating science of trees and the challenges of climate change.

She called on attendees to look beyond the scientific brain to find answers to climate change and closed her address by sharing advice with the graduating students on their journeys ahead.

Beresford-Kroeger, who just completed doctoral studies at Carleton, asked the crowd to think of the Renaissance and the benefits of mixing science with culture, replacing plastics with edible papers, and maintaining sanctuaries in the seas. She also underscored the critical importance of voting to ensure an open democracy.

Beresford-Kroeger worked as a research scientist at the University of Ottawa and the Canadian Department of Agriculture Electron Microscopy Centre. She conducted research with the Ottawa Heart Institute and has been a scientific adviser for numerous organizations. She was appointed a WINGS WorldQuest fellow and a fellow of the Royal Geographical Society, where she was named one of 25 women explorers of Canada.

She is now focused on her private research garden and arboretum Carrigliath. She has published more than 300 articles referencing this topic, and five critically acclaimed books on the natural world.

Her book, To Speak for the Trees, will be published this September. She has frequently contributed to, written for, and hosted programs for radio, television and film worldwide. Her feature documentary, Call of the Forest: The Forgotten Wisdom of Trees, was nominated for the Rob Stewart Award for Best Science or Nature Documentary Program at the 2018 Canadian Screen Awards.

Her peer reviewed work, Arboretum America: A Philosophy of the Forest, won the prestigious National Arbor Day Foundation Media Award for an exceptional educational work on trees and forests.

Beresford-Kroeger was introduced by Matthias Neufang, dean of the Faculty of Graduate and Postdoctoral Affairs.

“Diana is a world-renowned author and scientist,’’ said Neufang. “What is especially impressive is her unique blend of scientific rigour and poetic eloquence. Indeed, she combines both in a very rare gift: an extraordinary ability to understand the scientific complexities of nature, but also to bring this knowledge and appreciation to the general public.

“She is a highly distinguished scholar and public intellectual with a focus on ethical scientific and traditional concepts, building a bridge between the research community and the general public in an age when these connections have never been more important.” 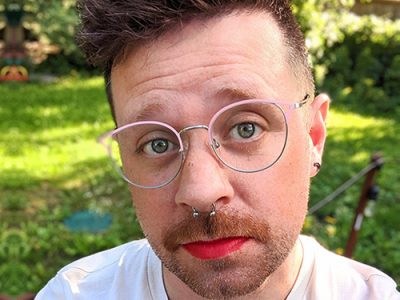 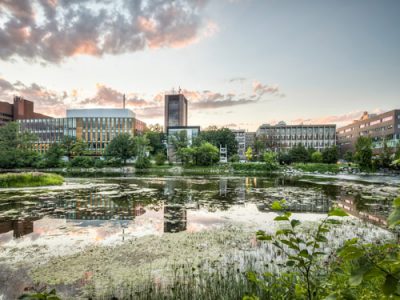 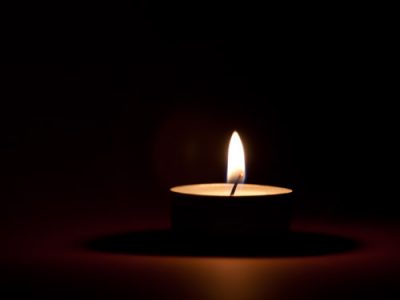