Carleton University is pleased to announce that Dave Smart has accepted a new role as Director, Basketball Operations, responsible for developing the men’s and women’s basketball programs and continuing to build a culture of sport excellence.

Smart will provide operational support, mentorship and technical leadership to the coaching staff of both programs, and he will work with the Department of University Advancement in fundraising and community development. He’ll also provide mentorship to other U SPORTS coaches in Carleton Athletics.

The university is also pleased to announce that Taffe Charles has assumed the position of Head Coach of the men’s basketball program. After 12 very successful years as head coach of the women’s program, Charles agreed to take on the new challenge.

Smart has had an astounding coaching career at Carleton. Since 1999-2000, the men’s program has claimed 14 national titles and he has received a record number of national and provincial coaching awards. He has also represented Canada Basketball on the international stage as assistant coach of the senior men’s basketball team and head coach of the men’s U18 team.

“It’s been a great run,’’ said Smart. “Coaching is my second love, my first being my wife and children. I am very thankful to the university and I am looking forward to my new role. This gives me an opportunity to stay involved in basketball while having more time to spend with my family.”

“The culture that Dave Smart has created and nurtured in our men’s basketball program over the past 19 years is the epitome of the commitment and purpose that defines Carleton University,’’ said  President Benoit-Antoine Bacon. “Dave’s success on the court has given Carleton great national visibility and we are sincerely grateful. I wish Dave all the best in his new role where he will share his ‘playbook’ with all our Ravens programs.”

“I am pleased that Dave has accepted this new challenge where he will build on the legacy he created as head coach of the men’s basketball program,’’ said Vice-President Suzanne Blanchard (Students and Enrolment) and University Registrar. “Dave’s program has brought a profile of excellence that has attracted top student-athletes both nationally and internationally. The impact of the success of this program is seen not only in our recruitment efforts, but also in our community pride.”

After a standout career as a Ravens athlete from 1990 to 1995, Charles began his coaching career as assistant coach of the women’s program in 1995 before joining the men’s program as an assistant from 1998 to 2007.  Since his return to the women’s program in 2007, he has made tremendous strides, earning four U SPORTS Final 8 berths, four OUA East titles, and two OUA Critelli Cup Championship titles. In 2017-2018, after a record-breaking season where the team won all its games, Charles brought home the program’s first U SPORTS national championship title.

“I am truly honoured to be entrusted as the next head coach of the Carleton University Men’s Basketball Program,’’ said Charles. “I look forward to the challenge of continuing the high standard of excellence that has been set by Coach Smart, his coaching staff and the players.’’

Assistant Vice-President Jennifer Brenning said she is looking forward to the new developments and the future of Ravens basketball.

“It has been a privilege to be a part of this historical run,’’ said Brenning, who oversees Recreation and Athletics. “We owe Dave a debt of gratitude for his tireless dedication and sacrifice to the program over the past 19 years. His new position will provide our U SPORTS coaches with valuable mentorship and a well-deserved challenge for Taffe Charles in recognition of his performance with the women’s program. I am excited to see how this coaching team will work together to continue to foster a culture of excellence.”

The university has launched a national search for a Head Coach for the women’s basketball program.  The posting is located here. 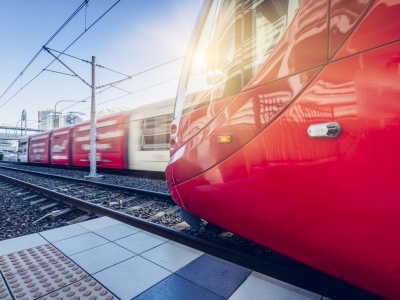 On Nov. 30, the Ottawa Light Rail Transit (LRT) Inquiry Report was released. Carleton experts are available to discuss the report’s findings. If you are interested in speaking with an... More 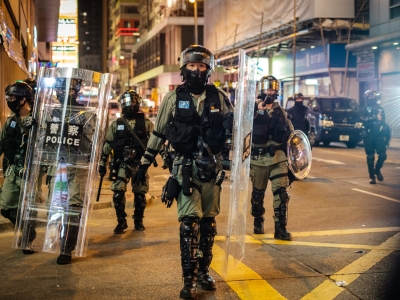 Carleton University experts are available to discuss China’s protests against zero-Covid. If you are interested in speaking with an expert below, please feel free to reach out to them directly.... More

On Nov. 28, Ontario passed Bill 23. It is intended to implement some actions contained in Ontario's Housing Supply Action Plan with the goal of increasing supply in Ontario by... More