Since she constantly analyzes provincial and federal policies on climate change and the environment, Deborah McGregor says she has found a recurring theme.

“They don’t account for the history of colonialism in Canada and the ongoing colonialism,” says the Canada Research Chair in Indigenous Environmental Justice.

“If they don’t do that, then it’s likely going to reinforce it.”

By grounding environmental justice in Indigenous thought and legal practices, McGregor says an alternative framework could emerge to replace the current system that, by all indications, is failing.

She presented these observations during her lecture titled “Indigenous Environmental Justice, Knowledge and Law” on June 10, 2019 at the annual Katherine A.H. Graham Lecture on Indigenous Policy. 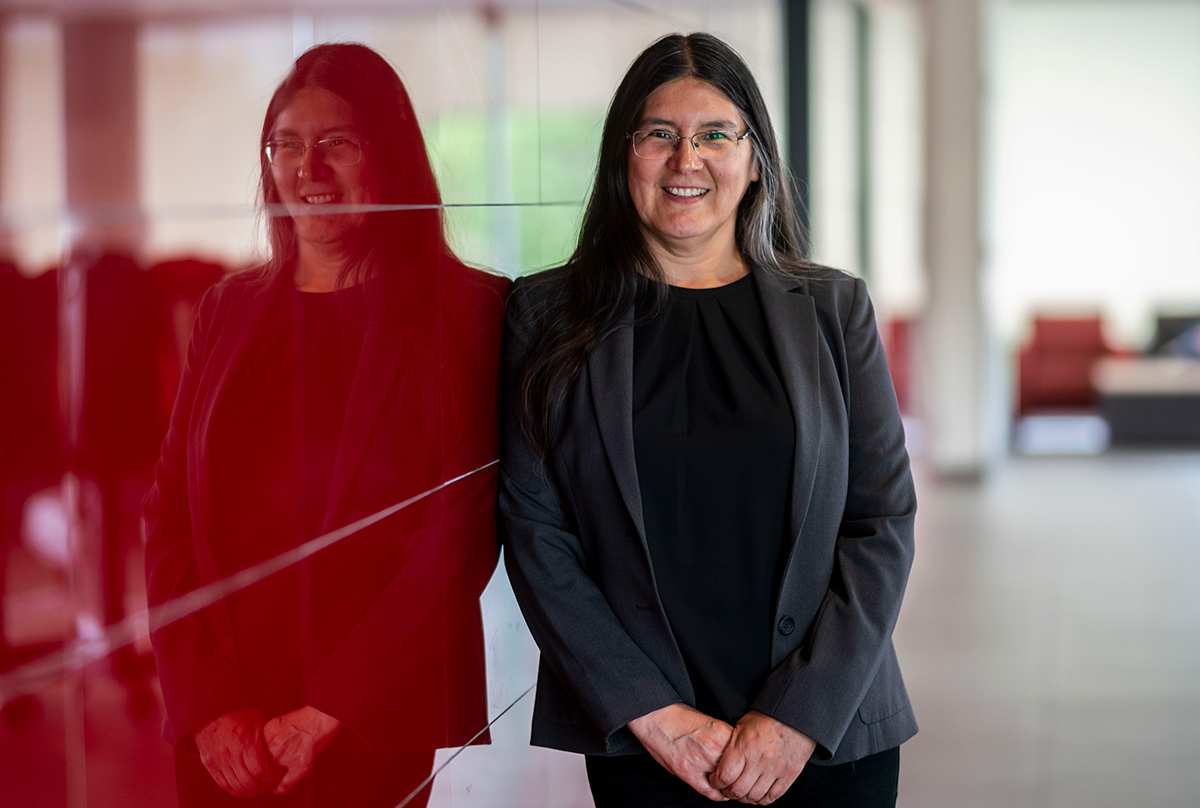 Presented by the Faculty of Public Affairs (FPA), the talks cover policy issues, cases, models and tools related to First Nations, Métis and Inuit communities across Canada. Previous lecturers include the director of the National Centre for Truth and Reconciliation, Ry Moran, and Inuit Tapiriit Kanatami President Natan Obed.

Drawing on the work of Carleton Anthropology Prof. Zoe Todd, McGregor told the audience that Indigenous people have already faced what others in the Western world are just starting to face.

“This is why genocide and colonialism are very important [to consider], because we’ve already had to face our own annihilation,” she said.

Climate chance during the Anthropocene — this day and age, when human activity has become the dominant influencer of the environment — is an intensification of what Indigenous people have already lived through in colonialism. This lived experience has equipped First Nations, Inuit, and Métis peoples with relevant perspectives to add to the climate change discussion.

“We’ve adapted and we have survived. But our ability to adapt, as Zoe said, has been constrained by colonial law, policies and institutions,” said McGregor.

The main finding of the 1996 Royal Commission on Aboriginal Peoples was that policies in relation to Indigenous people on health, housing, education, and much more over the last 130 year were wrong, she said.

Reports from the Truth and Reconciliation Commission in 2015 and the recent National Inquiry into Missing and Murdered Indigenous Women and Girls support the reality that Indigenous people are facing a dystopia.

“We’re already living in a world that has genocidal tendencies toward [us],” she said.

“Let’s not keep doing the same thing. Let’s have policy that reflects the real-life experiences and based on the knowledge of Indigenous peoples.”

McGregor, who is Anishinaabe from Whitefish River First Nation in Birch Island, Ont., said she saw no separation between her research and her identity. The associate professor at York University’s Osgoode Hall focuses on Indigenous knowledge systems and their applications in diverse contexts.

She serves on the Assembly of First Nations Advisory Committee on Climate Action and the Environment, and she is involved in a variety of Indigenous communities as an adviser and researcher for community-based initiatives. These roles helped her to determine how Indigenous people think of the climate change crisis in different ways that others.

In November 2017, McGregor attended the “Reconnecting with Mother Earth” gathering in Thunder Bay, Ont., where 80 Elders and youth came together to discuss ideas and ways of thinking about climate change.

While the United Nations Intergovernmental Panel on Climate Change defines it in scientific jargon, Elders defined it simply as greed: too much consumption.

“We’re just sort of letting this other dialogue dominate our thinking,” said McGregor.

Achieving environmental justice will require change in ways of thinking and doing.

“Part of it is renewing the covenant between people and the Earth,” she said.

Indigenous knowledge recognizes the impact on plants, animals and water, as well their consciousness. This philosophy also identifies the Earth as a being with rights and responsibilities.

McGregor’s lecture all tied back to the Anishinaabe philosophy of mino-naadmodzawin, which emphasizes the importance of mutual respect and beneficial relationships among people and all life, from animals and plants to water and the Earth.

“Mino-naadmodzawin is the Anishinaabe concept of living the good life,” she said.

This concept provides a foundation for a standard of conduct, she said, that could help  to establish a sustainable and just world. In her research, McGregor has found mino-naadmodzawin referred to in public health literature, environmental research papers, and recently in Indigenous legal scholarship.

“In Anishinaabe thinking, what we are always striving for is mino-naadmodzawin, so I started to think that that’s what justice looks like.”

The opposite of this way of life is the way of the Windigo, an evil spirit that can take different forms. The current model of industrialization and consumption that destroys land and displaces people isn’t that far off from the cannibalistic tendencies of the mythical Windigo.

People need to choose between playing the role of the Windigo or going in search of the “good life” — mino-naadmodzawin. 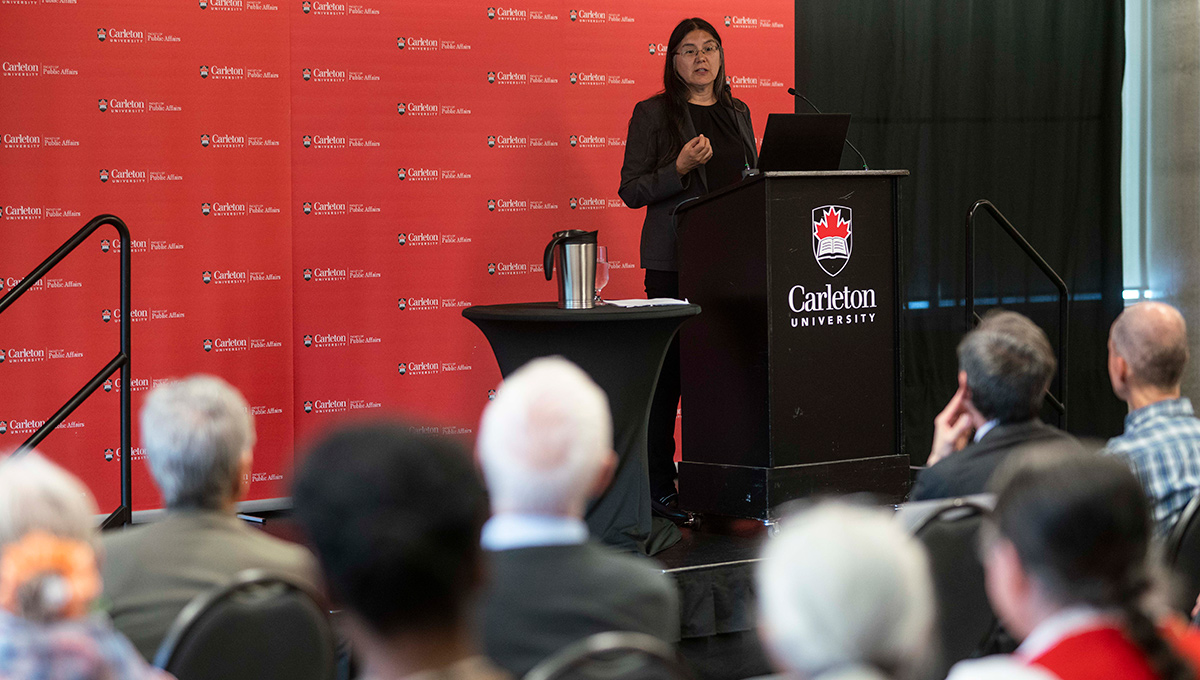