The team joined the mayor at city hall to celebrate. 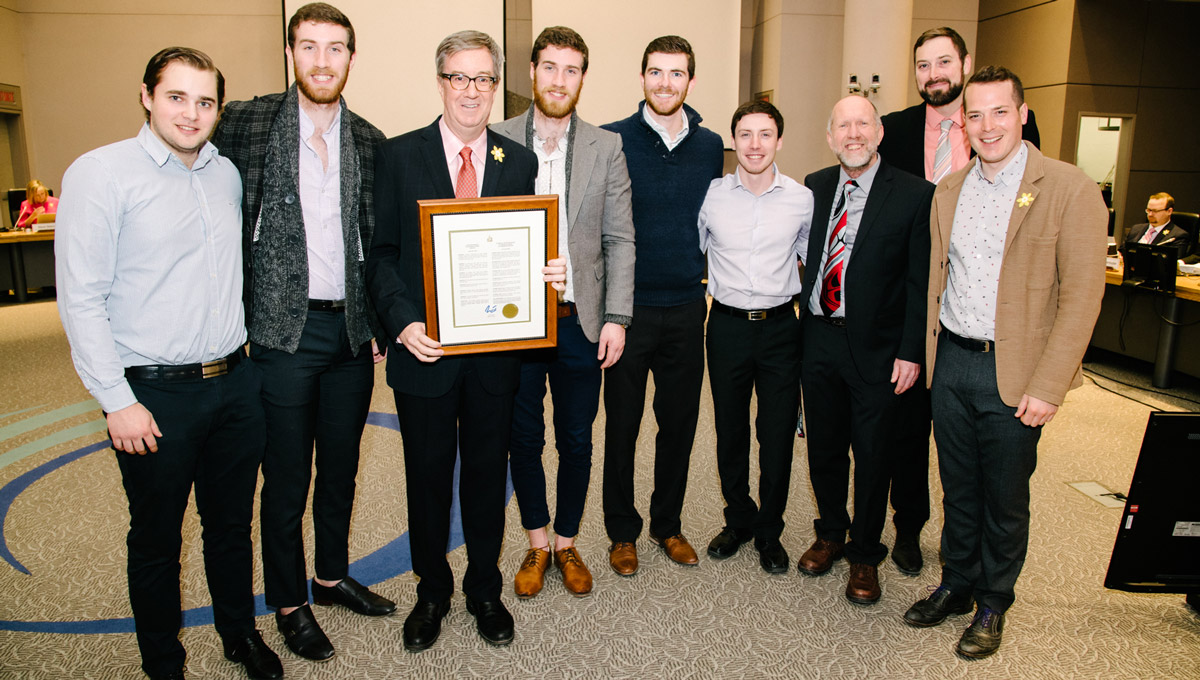