Carleton University’s Stephan Gruber is a key contributor to the new Intergovernmental Panel on Climate Change (IPCC) Special Report on the Ocean and Cryosphere in a Changing Climate, which highlights the urgency of prioritizing timely, ambitious, co-ordinated and enduring climate action.

Gruber is a lead author on chapter two of the report focusing on high mountain areas and he participated in the drafting and government approval process for the report’s Summary for Policymakers.

The report highlights that the choices made now are critical for the future of the ocean and cryosphere. It reveals the benefits of ambitious adaptation for sustainable development and the escalating costs and risks of delayed action. While high-mountain areas, polar regions and the open ocean are far away from most people, everyone depends on them.

“Carleton fosters leading researchers and students who are committed to finding innovative approaches to issues facing Canada’s North and the impact of global climate change,” said Rafik Goubran, vice-president (Research and International). “By taking a vital role in this milestone report, Carleton is further establishing its leadership in climate change research.”

Drawn from almost 7,000 papers by more than 100 leading scientists in 36 countries, the IPCC report represents the most comprehensive assessment of the impact of climate change on ocean, coastal, polar and mountain ecosystems and the human communities that depend on them. The report also evaluates vulnerabilities and adaptation capacities of these ecosystems and communities.

The IPCC report points to some potentially irreversible changes and growing threats to the Earth’s oceans and shrinking cryosphere. It comes as Arctic sea ice levels reached their second-lowest level on satellite record and northern landscapes in Canada are being visibly transformed by permafrost thaw.

“This report is especially important for Canada because of the large portion of the country that is affected by the cryosphere and ocean,” said Gruber. ”Carleton is leading the new NSERC Permafrost Partnership Network for Canada (PermafrostNet.ca) that looks at local and regional effects of climate change and how Canada can better adapt to permafrost thaw. If you are a young, smart, and motivated person, this is an area of research where you can truly make a difference – for your community, in your country and on a global scale.”

The NSERC Permafrost Partnership Network for Canada is a result of the highly competitive NSERC Strategic Partnership Grants for Networks which aims to increase research and training in targeted areas, contributing to a better quality of life in Canada. Only two networks were funded this year across Canada. 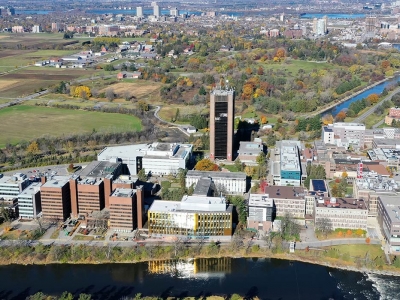 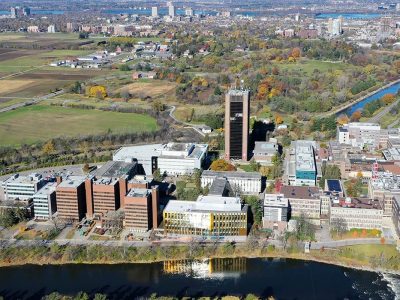